90.27% of tech employees act the same way. We work with teams either when they are receiving investment from Private Equity or when they are being integrated post-M&A. Over a couple of years, we have assessed over four hundred people as part of our role.

We were collecting data on people’s conative behaviour – how people act when under pressure or during creative activity.  What we didn’t realise was the pattern – within technology teams, 90.27% of people act in exactly the same way.

You are hiring Clones

Regardless of age, gender, ethnicity or size of business (corporate, start-Up or mid-Sized). We found conative similarities across teams of all types – those that write cutting-edge software, maintain IT infrastructure or even a team of nomadic software developers who travel the world while writing code. If your team is like the teams we have assessed, then you are also hiring “conative clones”.

Most of the people we assessed so far are “Fact Finder/Systemisers”.  They begin projects by collecting data and then devise a system on how they will work before they get to work.   This behaviour sounds perfect for technology teams – until you understand :

(a) these are people who, under stress, will collect data

(b) having too many people in a team who act in the same way means there’s no challenge to the status quo.

A summary of their communication style and sense of time is described below: 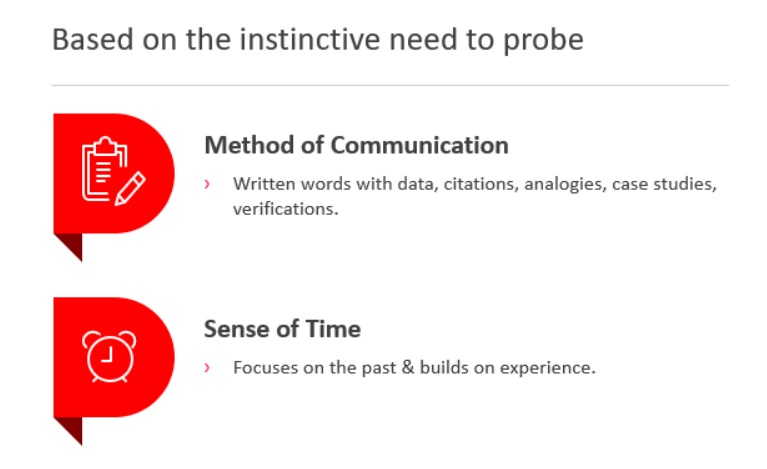 It means that they will often,

So I don’t see the tech employees as the issue. It’s the hiring processes and the lack of conative diversity that is my concern.

Begin to fight the stereotypes

If you have a team that is 90.27% of “Fact Finders”, and understand the characteristics of their natural conative behaviour, no wonder it is assumed:

People tend to believe these are stereotypical weaknesses in the tech team.  Even popular TV shows depict awakward technology experts who communicate poorly.  For example, look at “The IT Crowd” or any hacker that’s depicted in a feature film, other than Mr Robot.  (The anomaly is when a successful tech entrepreneur is depicted in a story – then they are smartly dressed, pushy and being “visionary”)

To break the stereotypes, we need to understand that the standard method of communication and sense of time for “Fact Finder” Technology Employee is a strength. But they need to work with a mix of people who naturally act differently, i.e. conatively diverse, to help them work at their peak.

To help address these problems, we need to:

Example – mix in some Quick Starts

Conative Quick Starts are people who naturally deal with intangibles, who prefer to communicate in person/on the phone and naturally take risks.  To compare, here is their; preferred style of communication and their sense of time.  As you will see, they tend to think of the future and communicate in a different way: 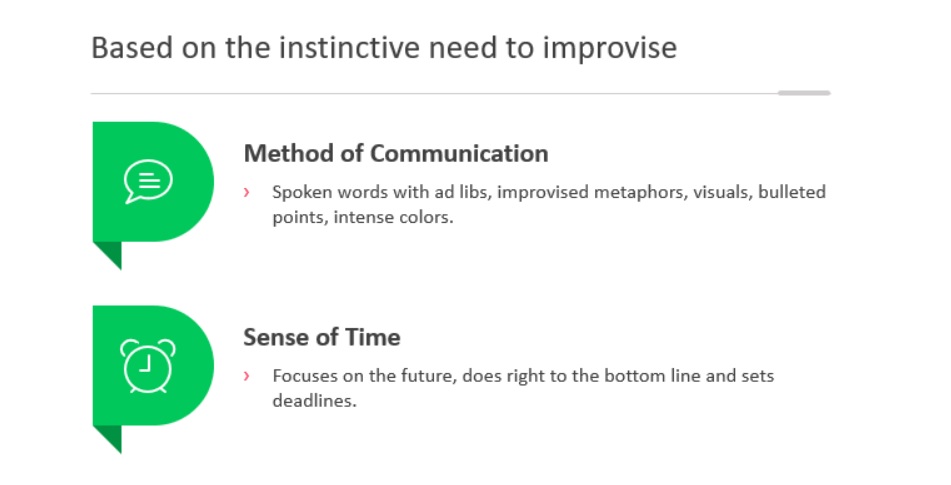 As you can imagine, if you were to “mix-in” these types of people into a team of “Fact Finders”, they are likely to challenge the team’s behaviour.

And it works both ways. If you were to hire a team that is predominately Quick Starts mixing-in a couple of Fact Finders will create more stability, ensure more is documented and introduce more analysis.

Here we are discussing this very subject with a team of software developers from Silicon Valley: 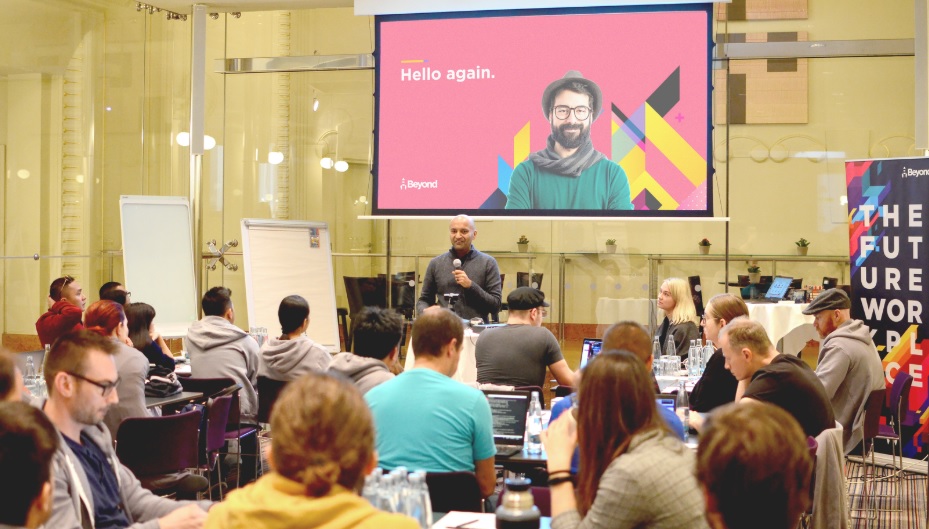 For those who don’t know me, I’d say that at my core and from a cultural perspective I am quite diverse. My origins are from the Caribbean, I look Indian, from the age of 5 I lived with Caucasian parents – true cockneys who were born close to the Bow Bells. They sent me to a predominately Jewish School. I remember singing “Shalom Chaverim” daily at assembly – a passionate way to start the morning.

I’ve never had an issue getting a job in technology and never felt that there was limiting “ceiling” above me, although to ensure I didn’t experience discrimination I did one thing to comply to the workplace – I rapidly discarded my cockney accent.  On a serious note, I learnt the best thing to do was to take the best from each culture. 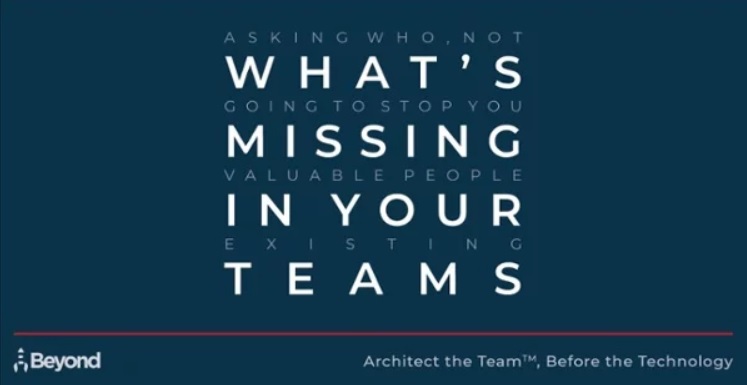 Your behaviour is about three parts of the mind

I point out my cultural background for a reason. As it impacts your affective behaviour, or what we often refer to our personality. Your behaviour will depend on what you have been exposed to in the past, your personal and social values. To fully understand a person’s behaviour, we need to assess three areas – their personality, their cognitive ability and what I’ve been focusing on in this post  – their conative behaviour.

What is “conative”? In short –it’s the natural way that you act under pressure. Conative behaviour is down to the individual, doesn’t change from the age of six and is not impacted by age, race, gender etc.

So I’m suggesting that the diversity issue is bigger than we think because that 90.27% figure is from teams that are already mixed in regards to age, race and gender.

by Hutton Henry
Beyond M&A