In this article, we examine the parallels between Australian rock band AC / DC and Business.  We offer live events on topics such as this via our Business and Music masterclasses on a worldwide basis for full immersion in the topic. A limited-edition of The Music of Business book is available direct from author’s basement studio … just contact me.

Have you ever been to an AC / DC concert? Check out “You Shook Me All Night Long” on YouTube to get a crash course in DC.

AC / DC start a concert as if they are already on the encore. What would happen if you started your business meetings as if they were all over before they started? With difficult decisions taken, staff energised, excited and engaged about their part in the business?

It’s a different approach to the anti-climax method to business meetings. What else can we learn from AC / DC about business strategy, culture and branding?

Before I get into trouble here, let me say that I love AC / DC’s work, having first seen them in 1975 in a sweaty Council hall in South East England. I was just inches away from Angus Young and Bon Scott. Life was never the same …

But, in my opinion as a musician, AC / DC’s success lies in the fact that they have not really innovated to a great degree. More or less the same few chords arranged in a different order over more than 40 years have kept people coming back for more of the same. Slightly harsh you may say?

Well, what I mean by this is that AC / DC have not switched genres – they have not done ‘Country and Western’, hip-hop, rap or dealt with ‘space themes’ such as David Bowie. This has given them immense sales to people who like consistency and reliability over artists such as Prince et al, whose motto is ‘expect the unexpected’.

The quality that business thought leader Tom Peters calls ‘sticking to the knitting’ has served them very well indeed. AC / DC’s album “Back in Black” was the 2nd highest-selling album in history, after “Thriller” by Michael Jackson. So, what has this to do with business strategy?

In business, conventional wisdom says that it pays to have a strong culture/brand, such as Ryanair and Ikea. Indeed Ryanair has such a strong culture that I’ve discovered people who have a love/hate relationship with the brand even if they have not travelled on one of their aircraft! This is one of the acid tests of a strong culture/brand – you know what the brand/product/service is all about before you have ever experienced it.

Moreover, there is no difference in the external perception of the brand and the internal culture that supports it. Even if you hate Ryanair, it’s impossible to deny that they clearly state what you will be getting ‘on the tin’ – low-cost travel, with nothing else added, take it or leave it.

Ryanair is a textbook example of alignment of strategy with what takes place on the ground, even though Michael O’Leary detests management consultants, MBA’s and management thinking, having once written to me on the topic in his typically straightforward style: 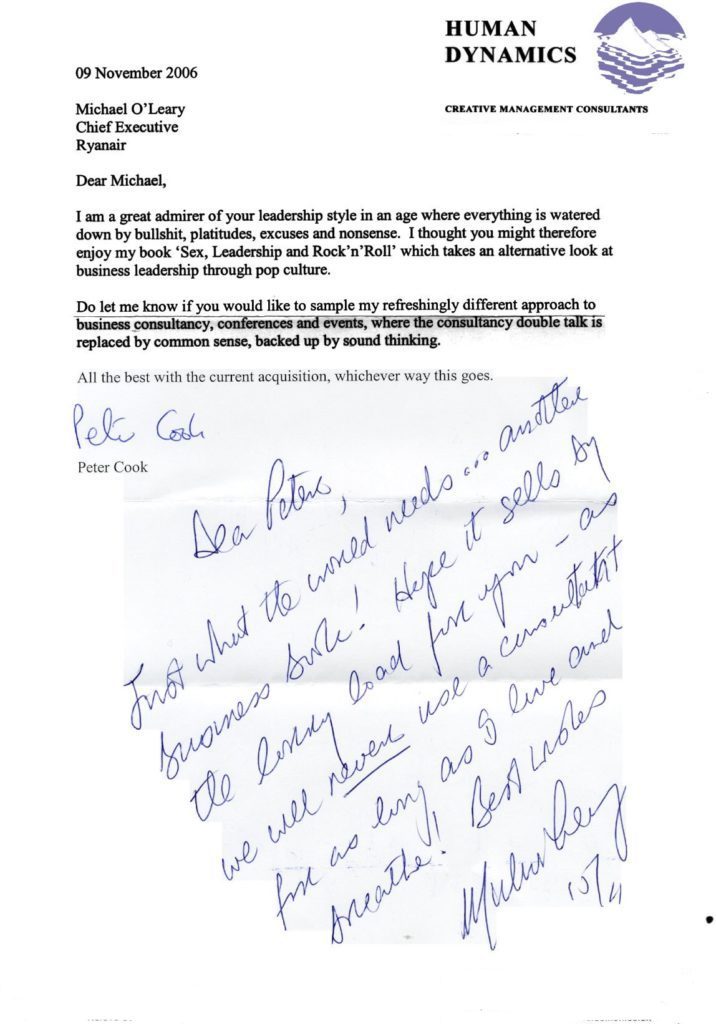 A strong culture arises when all the ‘hard and soft’ elements of what makes up a culture come together in a seamless whole. Johnson’s model of the so-called ‘paradigm’ is instructive here – see below for the paradigm model. If all these elements are aligned and linked, you have a strong culture. Ryanair is a very strong culture as typified by the fact that customers who have not travelled on the airline already know what to expect. 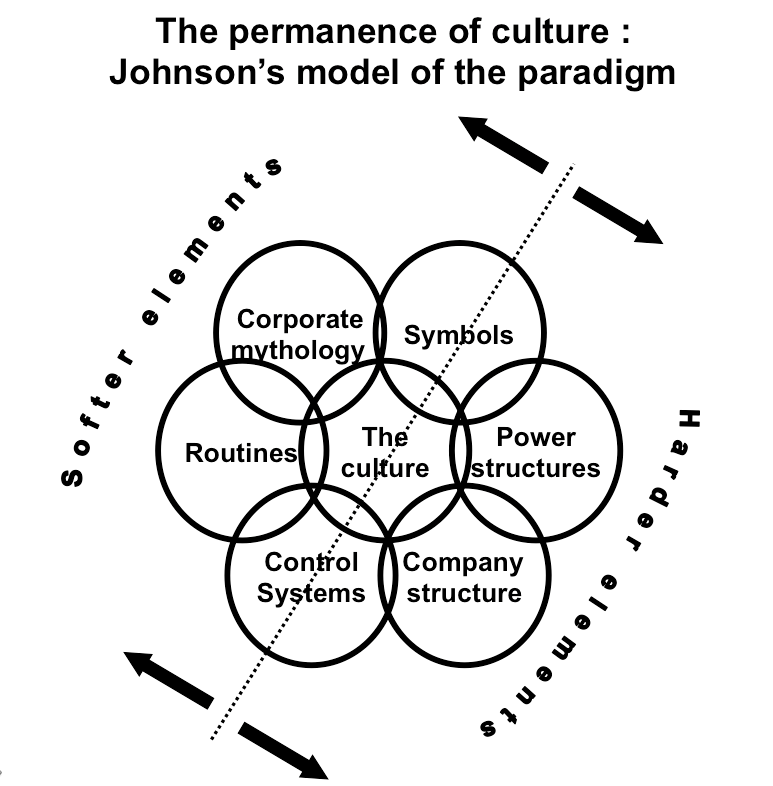 However, when market change, strong cultures can fail to adapt. For example, Sony did not respond to music downloading and the digital music revolution because they had a record company. This assisted Sony in their decline from market domination to a company playing catch up over many years.

Marks and Spencer lost hold of the market and did a number of high-handed things such as refusing to take credit cards, which lost them business in an “I Want It All, I Want It Now” consumer society.

The retailer also attempted to expand into Europe using an ethnocentric (that’s British in English!) approach to business, in the mistaken belief that their brand was bigger than the customer, with disastrous consequences.

I am left wondering just what Ryanair would do if they faced fundamental challenges to their low-cost strategy over an extended period.

So, a strong culture with an unchanging brand and business offering CAN be a route to long-term commercial success, but you need a stable market for this. AC / DC, Status Quo, and The Rolling Stones know all about stability.

However, in turbulent times, rock stars and companies ALSO need to learn how to adapt and become a true learning company if they are to survive and thrive. This is rather different than being blown about by the wind or the latest business fad.

Companies such as Toyota, Virgin, Apple and Unilever, have been successful at maintaining a strong culture whilst adapting their offer to meet new customer needs. At one point, Toyota promised the biggest range of car models ever seen in a mass-production market.

In Unilever’s case, they have been particularly adept at reaching into their audiences to engage them in discovering unfulfilled needs. Unilever have also been pioneers in the use of crowdsourcing to engage their customers in the process of staying ahead and adapting to change.

People & Change
Digital Transformation: the product of strategy, culture and leadership. Are we walking the talk ?
People & Change
A Conversation with Change Management Executive, Reg Scotland
Enabling Technologies
A.I. – should our children be worried about Artificial Intelligence?
Learn from peers, thought leaders and expert practitioners for the best chance of success.