I recently did a series of short videos on LinkedIn entitled 13 Reasons Why exploring why every organisation needs to invest in building and sustaining a workforce that is resilient in the face of constant, uncertain, complex, volatile and ambiguous change.

I received positive feedback on the series and was asked to augment it with a series of articles on the same subject. Here you are. 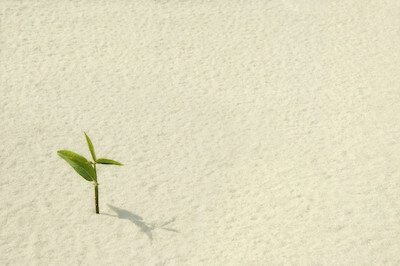 Get out of jail card

Investment in creating a resilient workforce is your get out of jail card.

In November 2019, Victorian Parliament (Australia) passed legislation that will create the new criminal offence of workplace manslaughter in Victoria. The legislation became law in 2020.

The Workplace Safety Legislation Amendment (Workplace Manslaughter and Other Matters) Bill 2019 is designed to amend the Occupational Health and Safety Act 2004 (Vic) (OHS Act), to include this new offence.

In essence, the concept of workplace manslaughter involves an employer’s negligent conduct – whether action or inaction – which causes the death of an employee or a member of the public.

Therefore, if an employer is found not to have invested in the well-being of their employees, they could be found guilty of breach of this new law.

If an employer is found to have negligently caused a workplace death, fines of up to $16.5 million apply, as well as 20 years’ jail for individuals.

A senior officer of the employer may also face imprisonment for up to 20 years, as well as fines of up to $1.65 million, if found responsible.

Industrial manslaughter laws have been in place in the Australian Capital Territory and Queensland for a number of years and more states are due to follow.

Other countries have similar laws in place (e.g. Japan, Canada and New Zealand) and many other countries are also following suit and introducing laws to protect employees.

Three executives of one organisation did not have a get out of jail card.

In 2019, the ex-CEO, Didier Lombard, his former second-in-command and the head of HR were all given a one-year jail sentence (of which they served 4 months). They were also fined $23,000.

The reason. They were found guilty of ‘collective moral harassment’ and ‘institutional harassment’ for creating a toxic work environment, that led to 35 suicides.

When the once government-run organisation was privatised, it incurred significant costs. The private organisation had to cut costs and forged a plan to get rid of 22,000 employees between 2006 and 2008.

Most of the employees were civil servants and therefore could not be fired.

The executives tried to make the employee’s lives so miserable so that they would leave voluntarily. They forced them into inappropriate roles, made them move long distances for work, and generally tried to make their lives as unpleasant as possible.

These actions resulted in the suicides.

This should serve as a strong warning to all organisations’ executives and management that their behaviours and actions have serious consequences.

Not looking after the welfare of employees will have severe consequences for both the employees and the executives.

Can you and your organisation afford not to take action?