We tend to think of transformational leaders emerging fully actualized. We look for early indications of promise, sure that there must have been nascent signs of greatness from the start.

It’s hard to imagine those that attain the highest level of achievement are anything less than destined for greatness.

While talent clearly plays an important role in success, most talented people live their lives without any great distinction. Some attain some moderate level of achievement, but simply go unnoticed. Others even fail miserably. A few hit on the right mix of luck, skill, time and place that catapults them to greatness.

What’s interesting about the stories behind so many of those of remarkable achievement is how they often begin with heartbreaking tales of desperation and failure. Yet, those failures didn’t define their path.

In fact, very much the opposite. It is what they learned from their early struggles and failures that helped make them the historic figures we know today.

The Prelude To A Miracle Year

When we think of Albert Einstein, we inevitably conjure up images of the icon rather than the man. We see Einstein with his wild hair and his tongue sticking out or Einstein as a playful old man, riding a bicycle. We remember his cheerful confidence and his easy comfort with his own genius. He wasn’t always that way. 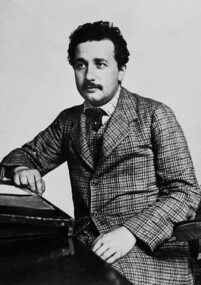 The younger Einstein, the one who actually came up with the ideas that established his place in history rather than the world famous scientist he became, was far different. Reeling from chronic unemployment and a troubled marriage, he fell into a deep depression, became nearly suicidal and wrote to his sister in a letter:

What depresses me most is the misfortune of my poor parents who have not had a happy moment for so many years.  What further hurts me deeply is that as an adult man, I have to look on without being able to do anything.  I am nothing but a burden to my family…It would be better off if I were not alive at all.

His father would pass away a few years later.  By that time, the young Albert Einstein did find work as a lowly government clerk.  Soon after, in 1905, he unleashed four papers in quick succession that would change the world.  It was an accomplishment so remarkable that it is now referred to as his miracle year.

Einstein’s years of struggle changed him. The brash, arrogant boy became a very different man, open to the ideas of others. In 1924, by this time world famous, he received a letter from an obscure Indian physicist named Satyendra Bose. Many would have simply ignored it, but he took interest, translated it from English to German himself and submitted it to a journal.

The paper proved to be a breakthrough and Bose was nominated for a Nobel Prize. Einstein, for his part, is remembered as much for his humanity as for his genius.

In 1919, Mahatma Gandhi initiated a campaign of civil disobedience, including the sale of banned literature, fasting, prayer and work stoppages, to protest the oppressive Rowlatt Acts the British had recently passed. These were an immediate success, but soon turned disastrous and ultimately ended with the massacre at Amritsar.

He would later call this his Himalayan miscalculation. “I realized that before a people could be fit for offering civil disobedience, they should thoroughly understand its deeper implications,” he would later write. So Gandhi spent a decade doing just that, training a cadre of followers in his philosophy of Satyagraha or “truth force.”

Another opportunity would present itself a decade later, when the Indian National Congress asked Gandhi to design a campaign of civil disobedience in support of independence. This time, rather than rashly calling for national action, he meditated for weeks before deciding to march 240 miles with a limited number of followers to defy the British salt laws.

Today, the Salt March is known as Gandhi’s greatest triumph. It was the first time that the British was forced to negotiate with the Indians and, because it demonstrated that the Raj could be defied, helped lead to Indian independence in 1947. Yet without that earlier failure, it would likely not have been possible.

In 1964, Nelson Mandela stood in court at what is now known as the Riviona Trial accused of sabotage, a crime for which he was surely guilty. Many believed he would be sentenced to death. Yet rather than succumb to his fate, he decided to use the trial to showcase his values in a speech that would be remembered as a key moment in South African history.

“I have cherished the ideal of a democratic and free society in which all persons live together in harmony and with equal opportunities,” Mandela said. “It is an ideal, which I hope to live for and to achieve. But if it needs be, it is an ideal for which I am prepared to die.”

He was sentenced to life in prison and would serve 27 years. During his incarceration, his statements were banned from public consumption. The Apartheid regime thought that by imprisoning both his body and his ideas that both would eventually die out. They were wrong on all counts. In prison, Mandela became a symbol of the injustice of the Apartheid system.

When Mandela was finally released and rose to become President of South Africa, he stayed true to the ideals he spoke of in that famous speech. Although many of his political allies urged him to seek retribution, he pushed for reconciliation. He won the Nobel Peace Prize in 1993.

Transformation Is Always A Journey, Never A Destination

Today, Einstein, Gandhi and Mandela have become iconic figures. Einstein has become synonymous with genius, Gandhi with dignity and Mandela with courage. Yet they didn’t simply emerge fully formed. It was, in large part, their struggles that shaped the men they would become.

Einstein, although clearly a genius, couldn’t find a job at a university. As a young lawyer, Gandhi was so shy he couldn’t bring himself to address the court. Mandela started out as an extreme black nationalist. “I was angry at the white man, not at racism,” he would later write. They would all evolve and grow over time.

As I wrote in Cascades,  transformation is always a journey, never a destination. We don’t idolize Einstein just for his equations, but also for his humanity. We remember Gandhi not for the violence he unleashed in 1919, but for the peace he helped to bring about later on. Most people have never heard Mandela’s famous speech, but his ability to forgive and reconcile shaped an entire nation and inspired the world.

In a sense, it’s a shame that we hear so much about triumphs and so little about the dark times of our heroes. It was, to a large extent, those early struggles that led to their greatness, not the failures themselves, but finding the will and strength to see it all through.

Clearly, we are going through some dark times ourselves right now, but our journey is not over. Our future is ours to make.

Greg Satell is a keynote speaker on overcoming disruption and bestselling author of ‘Mapping Innovation’ and ‘Cascades’.