In this series, I am introducing you to the twenty superpowers that leaders need to possess to create an environment for resilience. This is an environment in which individuals and teams are resilient in the face of constant change.

Individual resilience is critical when the world around us is volatile, uncertain, complex and ambiguous. Resilience means we can adapt to difficult situations and not just survive but thrive. Unless we do, the stress will overwhelm us, and we will suffer physically and mentally.

Each week we will explore one of those twenty superpowers. 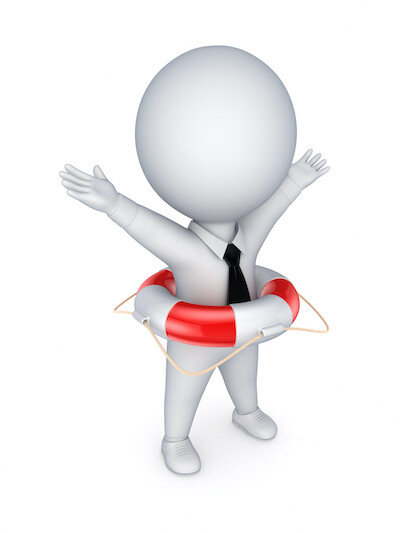 The Caretaker makes sure that there is psychological safety in the workplace.

“Psychological safety is a belief that one will not be punished or humiliated for speaking up with ideas, questions, concerns or mistakes.”

Her research in the 1990s, across numerous US hospitals sought to find out if better teams make fewer mistakes.

What she discovered was just the opposite of what she had expected.

It was the most cohesive hospital teams seemingly making the most mistakes, not fewer.

Further investigation revealed that the better teams weren’t making more mistakes. They were more able and willing to talk about their mistakes.

Since then, her research has continued, showing that psychological safety can make not just teams, but entire organizations perform better.

In 2015 Google published the results of Project Aristotle – a two-year study into what makes a great team. The interesting thing was that the answer wasn’t: those with the most senior people, with the highest IQs or even those that made the least number of mistakes.

Google found that there were 5 key dynamics that make great teams successful – the leading one being psychological safety.

“Psychological safety refers to an individual’s perception of the consequences of taking an interpersonal risk or a belief that a team is safe for risk taking in the face of being seen as ignorant, incompetent, negative, or disruptive. In a team with high psychological safety, teammates feel safe to take risks around their team members. They feel confident that no one on the team will embarrass or punish anyone else for admitting a mistake, asking a question, or offering a new idea.”[1]

When team members sense psychological safety they will speak out, share ideas, take risks, and be innovative and creative. They do this knowing that they will not be ridiculed in the process. They know that their contribution to a discussion is a valued one.

They feel able to speak up, question and challenge, present new thoughts and ideas, without adverse repercussion.

This is what is needed if organizations are to be creative, experiment and innovate to stay ahead of the competition. It is what is needed for employees to be resilient in the face of constant change. They can speak openly, ask questions, ask for support, challenge the status quo, challenge ideas and initiatives and present better ways of doing things.

How do you create an environment of psychological safety?

You need to set an example for employees. This means you ask for upward feedback, acknowledge your mistakes, be open to opinions that are different from your own, be available and approachable, and encourage people to ask questions and challenge assumptions.

If you don’t admit your mistakes, no one in a room in which they consider everyone perfect, is going to speak up. When you admit you made a mistake, you are encouraging others to do the same.

Be vulnerable. Admit it if you don’t know something and ask others for their input. Share your feelings with your team and tell them when you feel frustrated or stressed, motivated or inspired. When you do this, others will do the same.

If something has not gone according to plan, don’t assume you know the reason why. Do not criticize your employees but rather explore what went wrong with curiosity.

Focus on the resolution rather than the fault.

Active listening means that employees feel valued, have a sense of belonging, and are contributing to the team.

Active listening means being present, really hearing what people are saying, validating your understanding by repeating what was said, encouraging people to share more by asking them questions, and encourage those not participating to speak up and be involved.

You may put in place systems and structures by having some ‘rules’ around meetings and behaviours.

This could be the form of a meeting charter that lists expected behaviours such as the ones listed in the previous Safety section.

Include team members in decision-making. Gather their feedback and opinions and value each and every contribution. Explain how you came to make particular decisions and acknowledge the input of others. Invite the team to challenge your ideas.

If conflict arises, approach it as a mediator and ask the question “How can we achieve a mutual desirable outcome?”

Try an exercise called “Just Like Me”. This helps people put themselves in someone else’s position and helps resolve conflict. It promotes empathy. The exercise gets participants to reflect and consider questions such as the following:

Leaders should try and anticipate reactions and plan responses when difficult conversations are likely to arise. Leaders can be prepared and confront the situation head-on. Gather concrete evidence to support a position. Anticipate the questions or arguments that may arise. Think about the possible objections or arguments and your response to them. Look for any weaknesses in your position and mitigate them.

Leaders have to establish and keep trust. There will be no psychological safety without it.

Trust is established when you hold yourself accountable and do what you said you would do. People see you as competent and dependable.

The team has to see their leader as their ally. Treat them with compassion and respect. Practice empathy. Don’t judge them when things go wrong. Work with them to learn from the opportunity the failure presents. Leaders need emotional intelligence.

Create your own version based on this one to measure the level of psychological safety within your team.

Just use some simple statement such as the following which need a Yes or No answer.

Silence is a deadly killer

With fear comes silence. The unspoken can kill an organization.

You can read more in Karen’s Leadership and Resilience series, here

The Case For Digital Transformation
How to win at the digital transformation of Procurement?
Enabling Technologies
How factories will transform to embrace automation
Strategy & Innovation
The power of Sound Strategy as we reopen economies
Learn from peers, thought leaders and expert practitioners for the best chance of success.