Big Data is becoming a new technology focus both in science and industry, and motivate technology shift to data centric architecture and operational models.

There is a vital need to define the basic information/semantic models, architecture components and operational models that together comprise a so-called Big Data Ecosystem. 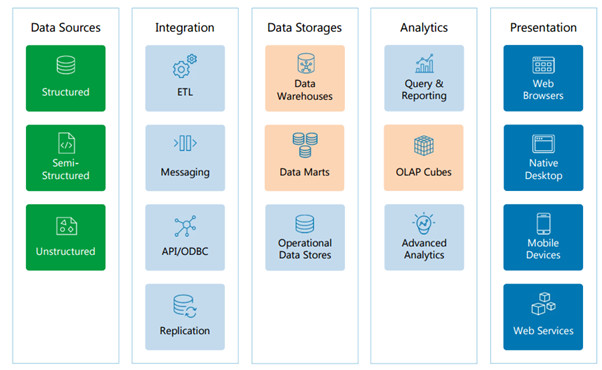 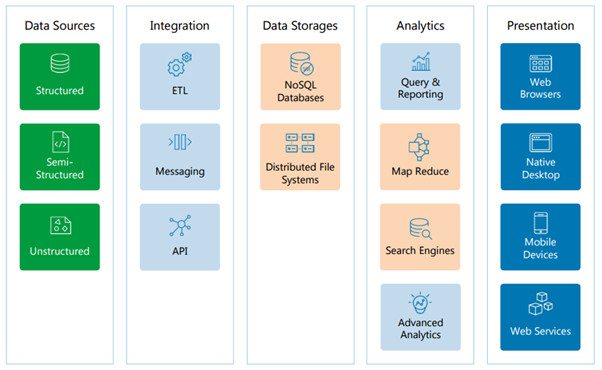 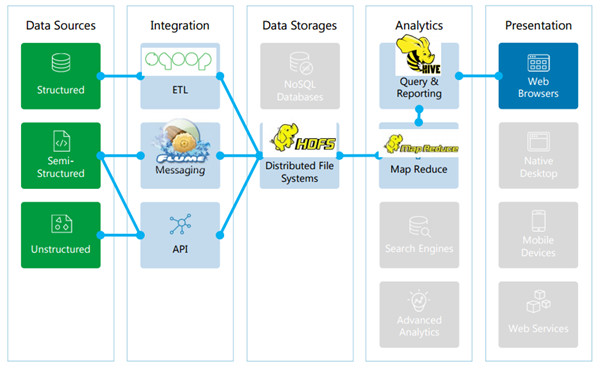 Data analytics infrastructure at Facebook has been given below. Facebook collects data from two sources. Federated MySQL tier contains user data, and web servers generate event based log data. Data from the web servers is collected to Scribe servers, which are executed in Hadoop clusters.

The results of data analysis are saved back to Hive-Hadoop cluster or to the MySQL tier for Facebook users. Ad hoc analysis queries are specified with a graphical user interface (HiPal) or with a Hive command-line interface (Hive CLI). 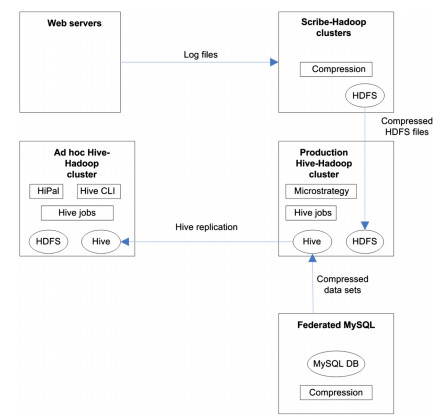 The data analytics infrastructure at LinkedIn has been given below. Data is collected from two sources: database snapshots and activity data from users of LinkedIn.

Kafka producers report events to topics at a Kafka broker, and Kafka consumers read data at their own pace. Kafka’s event data is transferred to Hadoop ETL cluster for further processing (combining, de-duplication).

Data from the Hadoop ETL cluster is copied into production and development clusters. Azkaban is used as a workload scheduler, which supports a diverse set of jobs.

An instance of Azkaban is executed in each of the Hadoop environments. Scheduled Azkaban workloads are realised as MapReduce, Pig, shell script, or Hive jobs. Typically workloads are experimented in the development cluster, and are transferred to the production cluster after successful review and testing.

Results of the analysis in the production environment are transferred into an offline debugging database or to an online database.

Results may also be fed back to the Kafka cluster. Avatara is used for preparation of OLAP data. Analysed data is read from the Voldemort database, pre-processed, and aggregated/cubificated for OLAP, and saved to another Voldemort read-only database. 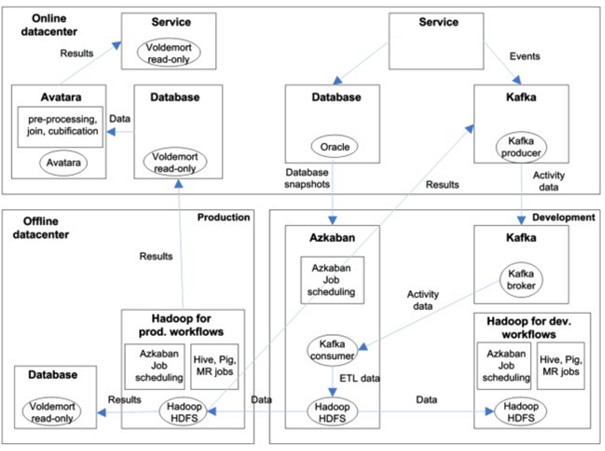 In the Twitter’s infrastructure for real-time services, a Blender brokers all requests coming to Twitter. Requests include searching for tweets or user accounts via a QueryHose service. Tweets are input via a FireHose service to an ingestion pipeline for tokenization and annotation.

The EarlyBird servers also serve incoming requests from the QueryHose/Blender. The EarlyBird is a real-time retrieval engine, which was designed for providing low latency and high throughput for search queries. 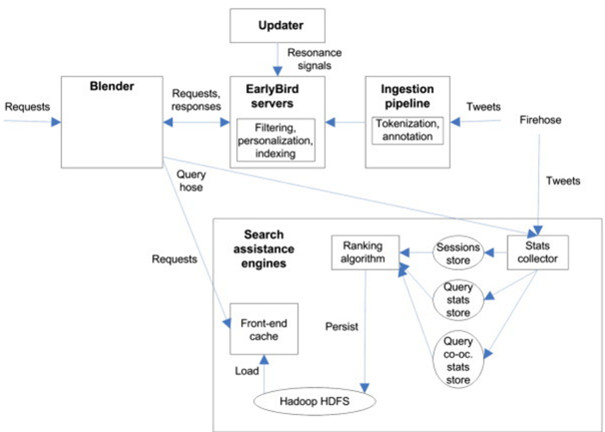 Twitter has three streaming data sources (Tweets, Updater, queries), from which data is extracted. Tweets and queries are transmitted over REST API in JSON format.