There is a common misperception that statistics is just means, standard deviations and t-tests. It’s really a way of thinking. I had an early, informal introduction to the field of statistics through my father, shown below as a young man. 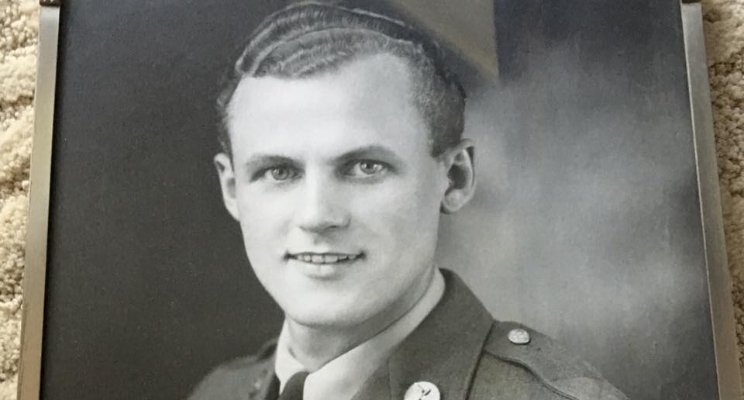 Dad was a pharmacologist who had the fortune of working closely with Frank Wilcoxon and Charlie Dunnett, whose names will be known to many of you who are statisticians. While, as far as I can recall, he never made any explicit effort to teach me statistics, it was sometimes implicit in the way he approached everyday life.

One memory I still have is when the lawnmower wouldn’t start – kids had “chores” in those days. Rather than fixing it himself, or showing me how to fix it, Dad asked me what I thought was causing the problem and how best to fix it. I tried my fix, and when it didn’t work, he asked me to think of another possible cause and possible solution. In an informal way, he was encouraging me to systematically develop an hypothesis and to test it by manipulating one variable at time. It was a crude sort of experiment. I was only about eight then and, to this day am not very mechanically inclined, but my third “hypothesis,” a fouled spark plug, turned out to be right. Unfortunately, I then had to mow the lawn on that hot Saturday afternoon…

Owing to company regulations, Dad was not free to discuss the details of his work and I didn’t pay much attention to stats until my college years. Small wonder, since the way it is ordinarily taught can bore even the most stoic individual. Who cares if something is statistically significant or not? Means, modes, standard deviations and convoluted explanations of confidence intervals were totally yawnsville. It was not until I took an introductory class in psychometrics from an outstanding professor – who many years later I interviewed for RW Connect – that it began to click. The formulas are the means, not the ends.

Means to what? Understanding. Statistics is a systematic means of helping us better understand parts of our world we consider important. It also helps us understand why we consider some things important and others not. It is not a substitute for philosophy but fits in neatly with it. It is not a substitute for engineering, but can be an aid to it. It does not replace gut instinct but can inform it.

As an applied science, statistics plays at least some role in just about any discipline, from archeology to zoology. My own professional interests in statistics are prosaic: It helps my clients better understand and predict consumer behavior. Some examples are listed in Why Bother with Marketing Research? and Survey Research Analytics.

How can it do this? First, it provides guidelines for gathering and organizing basic facts. “Stat” in statistics is derived from “state” and much of the early work of statisticians pertained to government statistics, as in “lies, damned lies, and statistics.” Baseball employed statisticians long before anyone ever heard of Billy Beane or Moneyball. It is used extensively in medical research – pharmacology being one example – to help researchers understand the causes and possible cures of diseases. Causal analysis is the application of most interest to me, though forecasting sales, predicting how a customer will respond to an offer and related uses are also part of what I do.

So, what is statistical thinking? In a tiny nutshell, it is a series of questions we can ask ourselves. Here are a few of them:

Probability lies at the core of statistical thinking, conditional probability in particular. This is important because humans have a strong tendency to think categorically. We feel compelled to put everything into buckets, usually one bucket or another, perhaps as a manifestation of a fight or flight instinct which is part of our evolutionary heritage. Categorizing is often warranted, but when making business decisions black and white thinking can lead us astray. The last bullet on my abbreviated list above are simple illustrations of conditional probabilistic thinking, which is better suited to many managerial decisions.

I should add that recognizing and dealing with cognitive biases has long been a part of the scientific tradition and is also an important component of statistical thinking. There are two sides to any coin, and Statistical Mistakes Even Scientists Make and How To Lie With Numbers reveal some of the ways statistics can be used incompetently or unethically.

Statistical thinking is a very big subject, much too big for a short piece such as this. There are other articles that may be of interest to you listed on my LinkedIn profile and saved in my Box archive. By no means am I a scholar, but I have read many books on research methodology and statistics. These, as well as academic journals I subscribe to, are listed on the methods page of my company website.