Business analytics has not only got the business and technology industries excited, but over the last few decades has managed to influence many movie-makers too.  Take a look at the list below and add any you think we’ve missed!

So, with some help from IMDB.com here is our list of Movies with Big Data, Predictive Analytics, and Machine Learning embedded in their story lines: 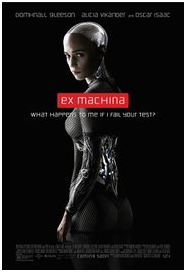 Caleb, a 26 year old programmer at the world’s largest internet company, wins a competition to spend a week at a private mountain retreat belonging to Nathan, the reclusive CEO of the company. But when Caleb arrives at the remote location he finds that he will have to participate in a strange and fascinating experiment in which he must interact with the world’s first true artificial intelligence, housed in the body of a beautiful robot girl. 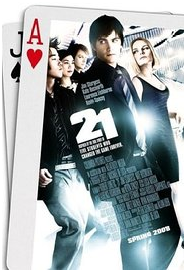 Based on a true-story, five highly intellectual Ivy League students get trained by their professor in card counting and blackjack. Using a combination of code talk and hand signals, these students manage to win hundreds and thousands of dollars at casino after casino in Las Vegas. 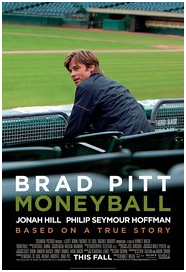 With the use of historical data and predictive modeling to build a champion baseball team, this true story is sure to delight both data scientists and sports enthusiasts. 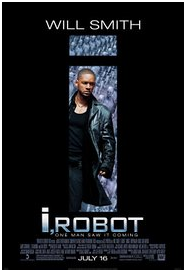 In 2035 a technophobic cop investigates a crime that may have been perpetrated by a robot, which leads to a larger threat to humanity.

A super computer called VIKI (Virtual Interactive Kinetic Intelligence) uses truckloads of data and computational powers to take control of the world’s robots. VIKI and its evil plans are eventually defeated by the protagonist with the help of a friendly robot. 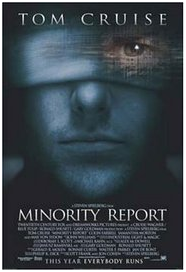 In a future where a special police unit is able to arrest murderers before they commit their crimes, an officer from that unit is himself accused of a future murder.

The PreCogs are the source of future data for the PreCrime police unit, who are really the super-smart “data scientists” doing the hard work. It’s down to this team to solve the time-bound challenge of sifting through visual data and piece together information that nails down the final details in order to prevent the next crime.