It has long been recognized that one of the most important competitive factors for any organization to master is the Management of Uncertainty.  Uncertainty is the major intangible factor contributing towards the risk of failure in every process, at every level, in every type of business – Social, Public and Private Enterprise.

The way that we think about the future must mirror exactly how the future unfolds.  As we have learned from recent experience, the future is not a simple Utopian extrapolation of the past – a continuation of linear, single-domain trends leading inexorably to our preferred vision of the Future.  If all future timelines were linear in nature – then every event would unfold in an unerringly predictable manner towards a known and certain conclusion.  This is clearly not the case… 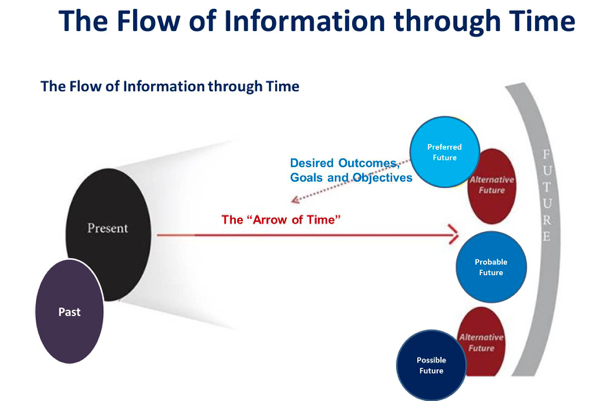 The future is, however, both unknown and unknowable (Hawking Paradox).  Events exist as a thread through a stack of Temporal Planes.  The Future is Dystopian – complex and chaotic – with many possible, probable and alternative future outcomes.  Future timelines are non-linear (branched) with an infinite multitude of possible, probable and alternative futures – rendering future outcomes uncertain and unpredictable.  We must now consider ways in which the interaction of random, chaotic and radically disruptive events may be factored into enterprise strategy, threat assessment and risk management frameworks and incorporated into decision-making structures and processes.

Joseph Alois Schumpeter was an Austrian economist and political scientist, influenced by (but apart from) the Austrian (Real) School of Economics.  He briefly served as Finance Minister of Austria in 1919.  In 1932, he became a professor at Harvard University where he remained until the end of his career.  Creative Destruction has its origins in Austrian School Capital Theory and is a term coined by Joseph Schumpeter in his work entitled “Capitalism, Socialism and Democracy” (1942) to denote a “process of industrial mutation constantly changing the economic structure from within, incessantly destroying the old economy, incessantly creating a new economy” Schumpeter further remarked that “the process of creative destruction is the essence of capitalism.”

Creative Destruction begins with the arrival of new industries which adopt novel methods of production, distribution and communication.  As these new industries become established, they compete more effectively for capital – and capital starvation eventually kills off older, established industries.  An example of this is the introduction of personal computers in the 1980’s.  This new industry, led by Microsoft and Intel, destroyed many mainframe manufacturers. In doing so, technology entrepreneurs created one of the most important industries of the 20th century.  Personal computers are now being replaced by mobile devices from agile and innovative companies such as Apple and Samsung. Microsoft and Nokia are in turn being destroyed – Windows-based smart phones and tablets from Microsoft and Nokia now cling to less than 3% market share.

Economic Restructuring through Capital Disruption and Technology Disruption together form the basis of the discipline of “Disruptive Futurism”.  The role of the Disruptive Futurist is to discover, analyse and interpret the “gales of creative destruction” which were forecast by Austrian economist Joseph Schumpeter in the 1940s.  Those “gales of creative destruction” are blowing harder today than ever before – carrying with them a multitude of opportunities and threats to human society.

The twin disruptive forces of global change are Globalisation – the free movement of People, Ideas, Goods, Machinery and Money (Capital Disruption) in a dynamic global economy; coupled with Digital Technology Innovation (Technology Disruption) – together driving the creation of new business models which generate growing data and revenue streams from novel and desirable products and services.  Globalisation and Technology Innovation are simultaneously giving birth to emerging digital industries, markets and economies – startling evidence of the geopolitical and economic paradigm shifts which are taking place, shaping change across every aspect of society.

This process of Economic Restructuring is driven by the countless individual decisions of microeconomic actors – researchers, traders, analysts, engineers, entrepreneurs, industrialists and investors – to move Capital from one place to another, design, invest in and launch new production capacity (machines, buildings and facilities) and generate new products and services.  The movement of Capital through Economic Restructuring involves ceasing investment and ending production in older, less efficient industries, to dismantle obsolete production capacity (machines, buildings and facilities) and withdraw heritage products and services, with the cumulative effect of destroying legacy “bricks and mortar” industries – simultaneously investing Capital in new “digital” industries.

Econometric Data Science methods are being developed based on Bayesian, Krig, Extreme Value, Monte-Carlo, clustering and wave-form analytics, which are widely employed in finance, market risk and fiscal policy analysis.  Collaboration between academia, government and the financial services industry is improving the understanding of economic theory and econometric modelling and advancing the homogeneity and integration of rival economic theories and models – especially wherever suitable time-series data sets exist to support model evaluation and benchmarking.

There is a vast amount of Economic Data available from Global Markets worldwide.  Daily closing prices are available for London Bonds, Stocks and Shares from the 1690’s, and for Commodities (Wheat, Coal, Iron) from the 1790’s. 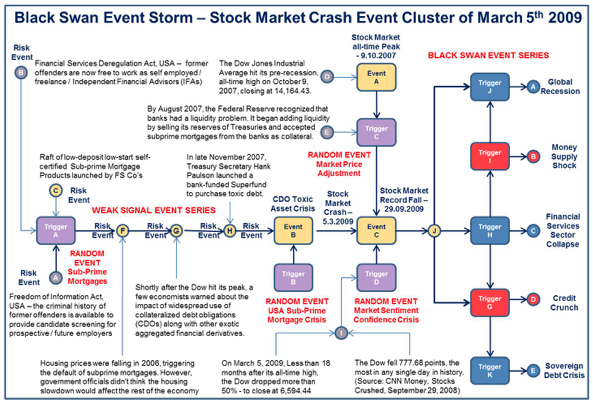 Economic Restructuring operates within the frequency of the Juglar Business Cycle –the interval between periodic market recessions (7-12 years) which punctuate periods of market growth.  At business cycle frequency, investment in Economic Restructuring through Digital Innovation typically increases during times of economic growth, when capital is available; and declines during periods of economic recession, when investment capital is restricted –  adding significant fiscal cost to periods of economic recession and delaying the eventual onset of economic recovery during times of market adjustment.  Any obstacle impeding Economic Restructuring – social, political, economic, legislative, regulatory or other – may have severe economic implications over both the short-term recovery period and the long-term economic outlook.   For example, the loss of confidence and restriction in money supply since the 2009 Fiscal Crisis has held economic recovery back to a few “false breaks”.

The key enabler for Economic Restructuring and Digital Transformation is the flow of Capital – the transfer of wealth generated by older industries (Cash Cows) into successor industries (Rising Stars).  These Economic Restructuring decisions often involve multiple parties in the consideration of complex political, economic, social, strategic, operational and technological factors in Global Free Markets interacting with Creative Destruction through Technology Disruption.  The impact of these decisions not only depends on individual managerial skills but also depends on the existence of effective political and economic institutions that provides adequate transactional frameworks for trading, risk, settlements, finance and regulation.  Any failure, in any process, at any level of these market dimensions which enable and support the process of free-market Digital Transformation – may cause serious long-term unintended consequences on the process of Economic Restructuring.

Creative Destruction has its beginnings in Austrian School Capital Theory and was first described by Austrian Minister of Finance and Harvard Professor Joseph Schumpeter in 1942, who considered it ‘the essential fact of capitalism’.  Creative Destruction describes the incessant process of Economic Restructuring through Technology Innovation – the mechanism by which new and more efficient methods of production for novel products and services in emerging industries attracts investment capital at a greater rate than outdated and less efficient methods of production of heritage products and services in legacy industries.  Novel and emerging digital industries yield a better return on investment than older legacy industries – so will out-perform, overtake and ultimately replace them.

The process of Creative Destruction through Technology Disruption is the result of the cumulative economic activity of individual actors – traders, analysts, entrepreneurs and investors – participating in the economy at the microeconomic level.  This cumulative microeconomic activity exerts a major influence over all aspects of macroeconomic performance – from long-term economic growth to the short-term cyclical business fluctuations and structural adjustments in markets.  Over the long term, Economic Restructuring – Creative Destruction through Technology Disruption – accounts for over 50 per cent of growth in economic output, the remainder due to organic growth in older industries.

The paradox of Economic Restructuring and Digital Transformation is that Society cannot reap the benefits of disruptive change – the rewards from the incessant process of Creative Destruction through Technology Innovation – without accepting that there will be both winners and losers in this process.  Those mobile, agile and skilled individuals who are most able to take advantage of the new economic opportunities being created in the Digital Economy – will prosper.  Those individuals and their families who are less mobile, agile and skilled will become worse off as legacy industries decline and jobs disappear – not just in the short term, but perhaps for the remainder of their lives.

People & Change
How to deliver 10x productivity for knowledge workers – Part 1
Strategy & Innovation
Strategy without execution = useless. Execution without strategy = mess. How do you align them?
People & Change
How to Thrive in Uncertainty: The Future of Great Work is Finally Here
Recruit the talent you need for success