In recent years, commentary on digital has soared as folk share their opinions on who’s doing what well, what’s being doing poorly, how innovation, digitisation and transformation can be done better, and the risks and opportunities the digital economy presents.

Social channels and platforms ooze everything from personal opinion to world-class content created by those that understand its value in today’s customer journey.

Back in the Day – Industrial and Agricultural Revolutions

During the industrial and agricultural revolutions, and other times through history, owners of companies were wealthy, and the less-privileged masses worked for them – in their offices, on their factory floors, out in the fields, and on ships, etc. The average person didn’t run their own business, and it was the rebellious exception to the rule who defied this class-like hierarchy, to tear off their “employee” label and become the captain of their own enterprise. A rare breed back then.

The digital revolution followed and as technology advanced, we saw more “rebellious exceptions to the rule” take the future into their own hands. The falling cost of technology reduced the barriers to entry to starting a business, while the increasing possibilities of new technology paved the way to produce products and services that required little in the way of physical assets, money or people to make and deliver them.

From Gates and Jobs, to Page and Brin, to Zuckerberg, Bezos and others, the list of digital entrepreneurs began to grow. But these were more than entrepreneurs – these were the digital revolution mavericks – or visionaries. They demonstrated to the world how new companies in the digital revolution would be created in the future. That the need for physical assets, cash and large workforces was being erased by technology.

Those digital visionaries paved the way for the millions of digital entrepreneurs that exist today – most of whom remain under the public radar, making small fortunes in their niche. Armed with an entrepreneurial and digital mindset and subject matter expertise, digital entrepreneurs have cast off their corporate shackles to be the captains of their own ships. They’ve decided that their creativity and brilliance will not be suppressed by a mixed bag of managers and leaders. More importantly, they have decided that they are capable of steering their own way through their working lives – without the need for someone else’s leadership.

Most of these digital entrepreneurs will never be the next Amazon or Uber, but they will enjoy a new and liberating opportunity to make an extremely good living, void of the constraints that companies, managers and leaders would impose upon them.

These independent thinkers have recognised that armed with their subject matter expertise, affordable digital tools and entrepreneurial spirit, they can take their own small bite out of the digital economy. A bite big enough to feed them a healthy income, which affords them and their families a better quality of life, the freedom to experiment without approval, and the fun of steering their own destiny in the digital era.

Billions of people on our planet are now digital economy consumers. They spend their money on digital apps, devices, products and services – feeding the digital economy with their wages.

Meanwhile, digital entrepreneurs are both digital economy consumers and producers. Sitting quietly among the minority, they’re busy producing and profiting from digital. They are capitalising on the fact that the constraints of the industrial age are gone, and that while many remain constrained by the notion that “they need to work for someone else”, digital entrepreneurs have seized the digital economy opportunity and stepped onto the path that the digital mavericks laid down for them. They have seized the opportunity that almost every professional can take advantage of. But it’s an opportunity that can only be successfully taken advantage of with the right digital and entrepreneurial mindset.

The question is, do you have that pre-requisite mindset to become a digital economy producer, or are you content to remain only a consumer of digital? 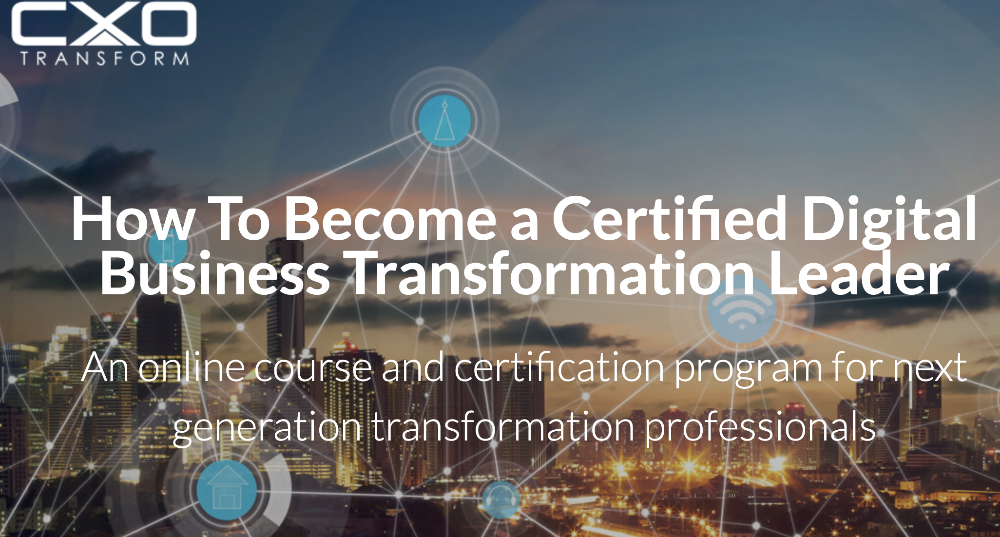 Don’t be concerned about what other companies are or aren’t doing, or whether their leaders will or won’t steer them to success. Focus on how you can move beyond the role of a digital consumer to becoming a digital producer too. The opportunity is there for those with the right mindset.

So as the opportunities expand in our digital economy, as we all see digital playing an increasing role in our lives, instead of focusing on what other companies are doing with digital, or how they should be doing it, seize the opportunity to become a digital entrepreneur and the leader of your own journey through the digital revolution.

If you’re unfortunate enough to be employed by a firm that disappoints you by the way its leaders are approaching the digital economy, don’t lose hope. Thousands of companies have leaders who don’t have the courage or capability to truly transform their business. They tinker with digital and bring about small change, but they don’t have what it takes to bring about the legitimate transformation that will keep them relevant in the years ahead – protected from the accumulating effects of disruption. They might have been appointed to lead a company, but not all have what it takes to lead a company in the new digital economy.

You don’t need to jack in your job or try your luck with other firms that promise a bright future. Instead take control of your own destiny and launch your own small initiative – outside of your day-job. Because now can, and a few hours each day is all it takes to learn to launch your own venture as an “independent professional”. One that has the courage and mindset to create their own future, in which physical and digital income plays a role.

This is how a lot of digital entrepreneurs get started, and when their confidence and second income grows, they reach a point where they are ready to bid farewell to their employer and lead the self-employed life they really want.

To get started on your journey learn how this digital business framework can help you complement the expertise you already have with digital – and enable you to take your own personal bite out of the digital economy.