The UK Government Digital Service (GDS) has just had a reboot. However will it be value for money and deliver its objectives? Will the Budget 2016 changes be implemented efficiently and effectively? Read on to find out more.

First of all, some background and context about where the Government Digital Service (GDS) came from and why it’s building Gov.uk and doing it in an agile way. In the beginning Government used to do waterfall projects. The seven stages of a waterfall project are usually as follows. 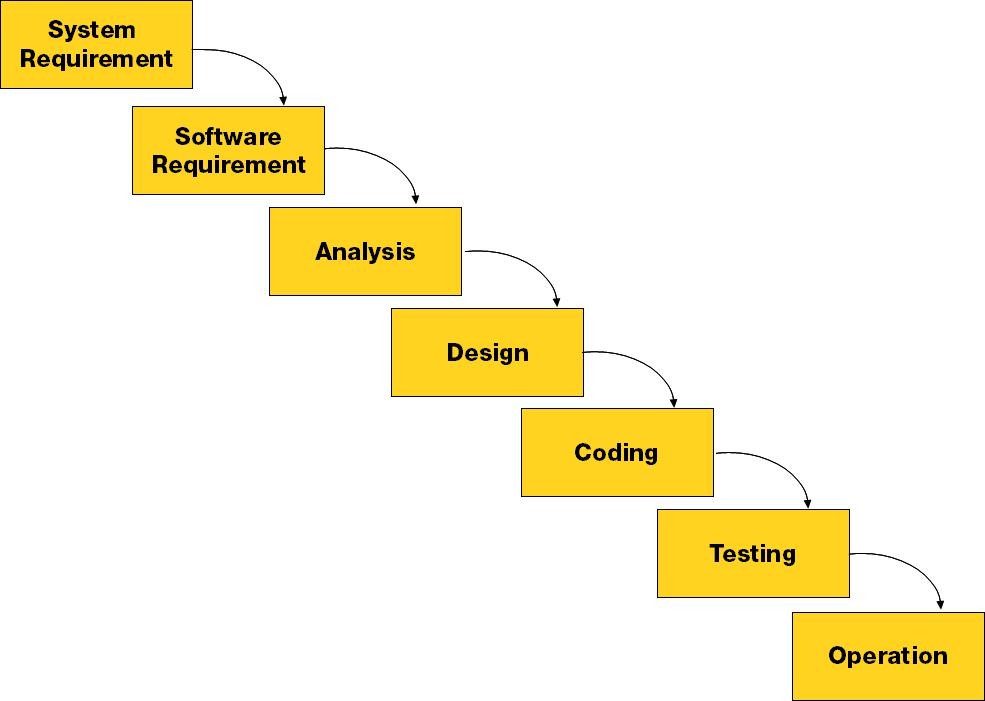 However after a large number of high profile expensive IT failures, the seven stages often unfortunately looked a bit more like this. It wasn’t always this bad, but sometimes it did feel like this! 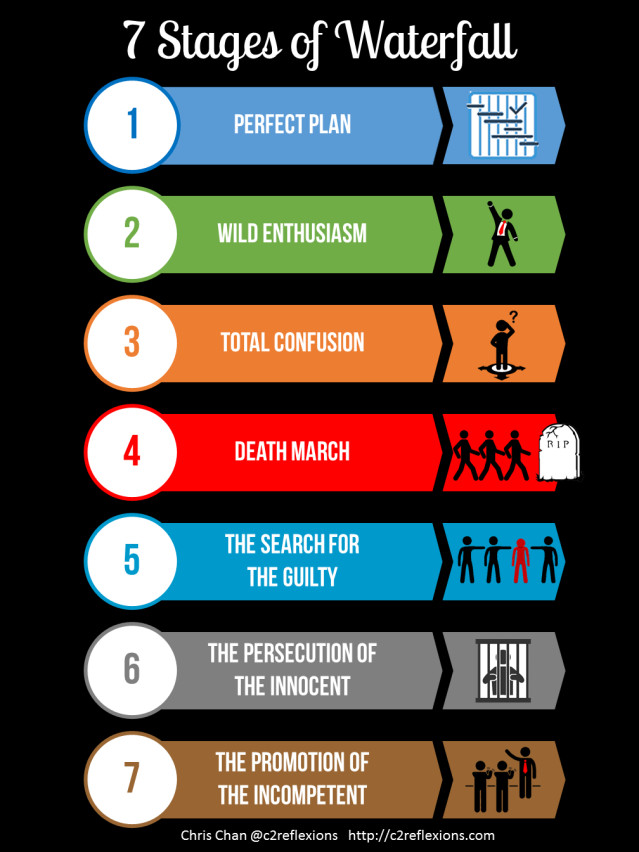 Add in the hugely expensive and long procurement process, the massive documentation few people actually read, the lengthy complex contracts and change control process. All in, you can see this is not one which embraces flexibility, speed, quality for the citizen and value for government.

Projects were frequently late and significantly over budget. By the time the product was delivered, the requirements were out of date. This was a culture dominated by meetings and paperwork rather than working software and value for money.

There was a groundswell in support for Agile following the Agile Manifesto in 2001 and Government sought to embrace the agile movement to minimise the likelihood of more big IT failures. This led to agile values being part of the 2010 transformation of Directgov into GDS – The Government Digital Service. Agile is about following the values in the agile manifesto which are valuing

Shortly after the Conservative / Liberal government took office in May 2010, a report was commissioned by Martha Lane Fox on the then DirectGov service and this resulted in the report revolution not evolution.  Within 6 months,alphagov had launched (May 2011). 9 months later (Feb 2012) the beta was launched and the full service went live in October 2012. It was great to meet up then with my former colleagues and commemorate the previous 8 years.  The past had achieved progress, but better progress was to yet come.

This is what agile in government feels like sometimes. 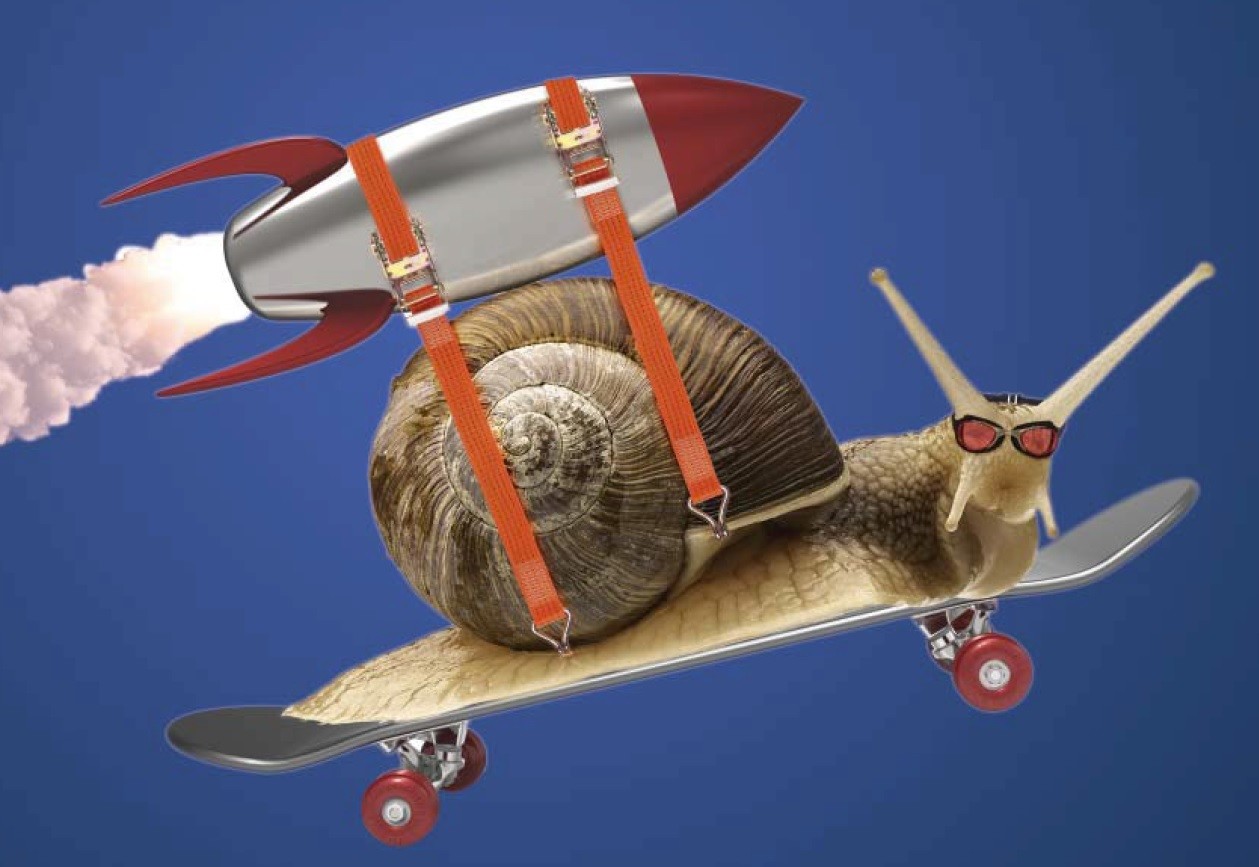 Lipstick on a pig getting a new look

The government is trying really hard to be agile but is often hampered by the slow waterfall behaviours of ministers, politics and some third party suppliers. A slow body (government) trying to move quickly with a speed-up rocket being the proverbial silver bullet. This is not only potentially dangerous, but when you get there, it’s still a snail. This is doing agile rather than being agile.

If Henry Ford had asked his customers what they had wanted, they would probably have said faster horses. It took one visionary, not a democratic consensus to think of the mass market car. If Steve Jobs had asked his customers what they wanted I doubt they would have come up with the iPod (ridiculed at launch) or the iPad (who would have thought of that?). Doing things right is a combination of not only understanding the market and end users but also strategic vision and being able to launch in a relevant time-scale.

What went well at GDS?

Before I look at what didn’t go so well, it’s important to reflect on what went well. Overall GDS has made a great start. We have:

However GDS has often been busy singing its own praises without reflecting openly on where things didn’t work so that the wider sector benefits from this knowledge. In agile, you deploy early then inspect and adapt. You fail fast and when things do go wrong you move forward having not expended a fortune finding out what doesn’t work. You learn about what works and what doesn’t.

You have retrospectives which allow an open opportunity to reflect on what works and what doesn’t – these are absolutely not a blame game but instead an opportunity to learn from previous work in a productive and constructive way. The bad news is sadly not very apparent on the GDS blog, which does seem rather self-congratulatory, instead the press have been left to pick it up.

After all the issues it’s now been announced that GDS admits it’s not as good as it could be. It took 4 years to find this out? That sounds like waterfall deluxe, not agile. Agile is about fail fast, not 4 years later and have a £450m budget.  Look at the site for a moment, this cost £58m in the last year. Sure it’s saved money but at a cost of £58m a year?

Retrospective lesson: no one’s going to be perfect, but as part of being agile you should be open and accepting about your problems early on rather than having the press do the job for you. 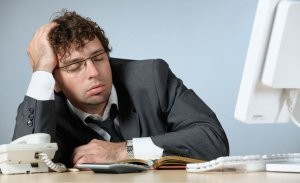 On 9th March 2016, a reboot was announced of GDS. Ironically, the slides are also available in PDF format which is something that we really should be doing without in the mobile age.

The aims are now

However, I doubt this will go far enough.

10 top tips to take the reboot even further

Bringing it all together into a strategy

Four things you can do