I’ll give it a try: “How to beat Netflix, and why the CABLE Guy is playing the wrong game.”

The big conundrum of a broadcaster today is: “How am I going to challenge the market shares that the large OTT providers (such as Netflix) are taking? And what to think of the big cable guys stepping into the OTT business and into content production as well?” A broadcaster can feel stuck in the middle. In this long-read I’ll try to give a few strategic guidelines, with the key factor being: how to speed-up the natural process towards OTT, and being able to gain from it in the most efficient way.

My last post covered the essence of YouTube. The essence of OTT is simple:watch premium content whenever, wherever on different devices. And as a way of committing viewers, OTT operators invest heavily (150 mio!?) in recommendation technology (semantic search), which is perfect added value for me as a customer. As a matter of fact; I missed that technology when I used to hire a video in the good old video store.

Given the essence of an OTT service, the fact that I can’t get all the premium content I want from my OTT provider, makes little sense. I need Netflix for House of Cards, HBO Now for Game of Thrones and yet another OTT operator for Sports. That goes against the promise of OTT. Again, piracy leads the way; Popcorn Time does all that and it’s used not only because it’s free, but because it delivers a service that is more complete and cannot be delivered by the professional OTT operators (for obvious reasons). Somehow I feel there must be an easy solution to the puzzle…and I think I know who can solve it, but I’ll keep that a private bet.

Back to reality: nobody is going to make any money in a perfectly efficient world (or at least, only very few people will). If you take a look at the 2015 viewniverse, you can see a lot going on in OTT. The solar system that loops around planet YouTube, has a few tiers, namely Verticals (thematic channels), Portals/MCN’s and Social Media, all driving audience towards YouTube. And although YouTube is too big a platform to leave out of your digital strategy as a broadcaster, the rise of SVOD is huge, with Hulu, Amazon Prime (check outVessel by the way) and of course Netflix as the dominant players, also with verticals orbiting around them. We see public and commercial broadcasters in Europe struggling to define their strategy without lagging in the process,because right now, time-to-market is the name of the game.

So what strategy to follow, then? I think its quite simple (but not easy..). Broadcasters have a huge competitive advantage to a lot of other competitors that are building VOD platforms right now, including the cable guys and including even Netflix.

In your own local market, your brand is still recognised as premium with relatively well-targeted audiences, you often own IP rights, and also the TV-content you own is often a brand in itself. It is actually pretty simple to get into the right type of VOD serving. To prove my point: check out on YouTube some of the big shows in your country, especially the ones that target a younger audience, and you’ll see how many followers and views they have. That must be your starting point, even though it is not the typical VOD content. As a commercial broadcaster or as a net-coordinator of a public broadcaster your objective is simple: realise the biggest possible audience for your content, and know as much as possible about your audience. Voila, OTT is your golden ticket:

I’m aware that this can feel like stating the obvious, but somehow broadcasters don’t always feel that OTT is heaven-sent, while it actually is! Especially the second point, knowing your audience, has an importance that should not be underestimated. You are actually able to monetize your content twice, the first time because it is served to an audience, the second time, because the data of the viewers give you easy insights, which can be used for:

Given the objectives, and the obvious benefits of OTT, a broadcaster should pursue a swift growth strategy:

Over at our 3Rivers hide-out in Hilversum, Netherlands, feet on the table, drinking bad coffee, we had a bit of a dispute about the fact that some of the cable guys are playing the Content card, in a hopeless (?) attempt to prevent subscribers from chord cutting.

My colleague and former Talpa CFO, Mark Ramakers states: “Although understandable in the short term, the strategy makes no sense on the long term. The creative environment and the business practices of a content producer can never be embedded in the commodity-business, which is the essence of the cable industry. Also, content will eventually not be fixed to one distributor, it will always find its way to other platforms. Moreover, the cable guys can get a better deal out there. Cable guys should do what cable guys are good at: delivering broadband-width to customers. Every service that goes through the cable should pay. And the service providers can also be charged for accessing the data analytics, which can be a very profitable business.”

This is not without controversy, because the cable guys in Holland are now paying a 9-figure amount in Euro’s instead of charging broadcasters for delivering their TV-channel to households. With the rise of “the internet of things” the data that cable operators are going to accumulate is enormous and represents high advertiser value. For instance: how much milk does a household consume? What type of jam do they buy? How old is the washing machine? At what time are they home?… Okay, some of it is quite spooky from a consumer perspective, but serious money can be made if cable operators invest in data scientists, rather than content producers.

To conclude: the strategy to start doing OTT right as a broadcaster may be easy in abstract. In practice, organisations are often not yet fit to operate this way, let alone the politics and the short-term commercial interests that can add to the complexity. This may all be true, but there is no doubt that broadcasters are rapidly losing valuable ground, and should start building the right OTT strategy fast and steady. The future will tell, how fast. 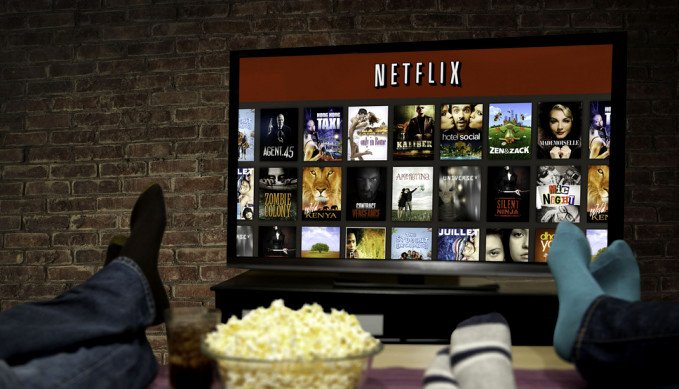