Discourses. Our Ultimate Quest for the Meaning of Work has started with a Brief History of Work, where I tried to analyse the evolution of the meaning of Work across time, with a specific focus on western culture. We have seen that Work has had different meanings, often associated with the way the society was evolving.

Two particular characteristics, individuality and sociality of Work, continued to develop across history following various balancing acts. The other element that continued to change is the meaning of Work for an individual. I would argue that these changes are not to be seen as an evolution, but rather as a continue reset of alchemy that, over time, has taken different shapes and forms.

With this second article, I want to summarise the concept of Work across History, using the idea of Discourse inspired by the ideas of Foucault, as a proxy for that generally accepted meaning that Work had developed through society at that moment. Again, a caveat. I am focusing specifically on the western world., as my experience with other cultures on this topic is so far limited, and always mediated from a western lens.

1.1. An Introduction to the Six Discourses of Work

1.2. Building on a Parallel: Maslow’s Pyramid of Needs

The Discourses of Work through History

Based on the historical trends we have seen, we can identify a succession of several different discourses around the meaning of Work in human history. I borrow the usage of concept from Simon Western’s approach to Leadership, as it fits a few of the characteristics that I want to highlight.

Fig.1: A Student’s Strike in Vienna, 1953. The different Discourses of Work affected Society deeply in many ways. Photo by Austrian National Library on Unsplash

We can trace Six Discourses of Work that formed in Western history. Each of these Discourses has developed in a specific moment in time and a specific social and cultural context, but none of these have ever faded away completely. They are all still present, in some shape and form in human society today. Sometimes at the individual level. Sometimes as part of specific sections of society. Other as part of different discourses (like in politics). The result is that today, we see a stratification of meanings that increases the complexity of precisely describing what Work means because we need to apply a contextual lens to identify what Work means for a specific individual within a particular segment of society.

Moreover, a new Discourse is currently taking shape. All pieces of evidence are there, but it has not yet reached the status of a Generally Accepted Meaning for an ample portion of society. We will dedicate more room to this in the next article of this series.

An Introduction to the Six Discourses of Work

Fig.2: The Evolution of the Discourses of Work across History.

Let’s now see the essential characteristics of the six discourses I have identified, before digging deeper into the features of each Discourse. Before digging deep, I just wanted to underline a critical element. The succession of the discourses is not to be considered evolution. I’ve started developing a sense of reject for the many models that trace human history as an evolution from “bad” to “good”. The only definition of a direction that exists in this suggested framework is that of time. Based on my knowledge at the time of writing, this is how the different discourses developed in chronological succession. It is natural that in this succession, one Discourse grows on the shoulders of the preceding one; however, this does not give the latter an evolutionary advantage over the first.

Work as Sustenance is the historical origin of the meaning of Work. It is linked to primitive societies and agriculture and the rhythms of nature. In some cultures, this initial state of Work is seen as “heroic” and an “elevated” form or Work. For example, the myth of Arcadia has recurrently appeared, and we still see today people that suggest a return to this state of “origin” of Work.

Work as Punishment is not just in the content of the Bible. With the affirmation of a hierarchical society, the upper class developed a view that the mass should work, and the top-level should instead care and direct the others. Slavery is one of the most extensive products of this Discourse, but also the emergence of forms of “superior arts” can be attributed to these historic moments. Traces of this Discourse are still visible in societies with a caste system, but also in the way economic immigration is dealt with by many political parties.

Work as Salvation is a critical concept that has flourished in several cultures, but probably got its primary elevation in the so-called “protestant ethics”, which for many is at the basis of the future development of capitalism. In many ways, this Discourse affirms itself with the result of religions that needed following by the Masses and developed accordingly, still holding for some exclusion in terms of positive or negative Work. In the western world, this Discourse grew in the ancient monasteries, but developed consistently and is still present, for example in the call for “illuminated entrepreneurship” present in some evangelical movements in the US.

Work as Craftsmanship is a discourse that developed with cities and technology. We can probably define this as the first laic concept of Work, which focused on talent and competence. Guilds provided for the development of rules and regulations and created a system that still resists today in many areas, with the entire idea of some professions. Work and Individual Life become fully matching in this Discourse, that is still very present today. Just think about the taxi-drivers reaction to Uber in many cities.

Work as Process is a discourse that started with the Industrial Revolution and the development of factories. The concept of division of labour was not entirely new, it had also been applied to agriculture, but it is with the industrialisation and the quest by Taylor of developing scientific management that people become pieces into machinery. Probably best exemplified in Charlie Chaplin’s Modern Work, this Discourse is still dominant in many areas today, wherever efficiency is the central critical aspect. A big part of this Discourse is also the social juxtaposition between Employer and Employee, with all the criticality’s that this has triggered over recent history.

Work as Personal Realisation is probably the more recent Discourse which is still evolving. It started developing as of the Eighties in parallel with the realisation that motivation was a critical factor. I see this even as an evolving, multi-faceted discourse. The biggest realisation is probably linked to the knowledge worker, not “fitting” the idea of simple process optimisation, and the requirement to find and establish their path to completion, also in balancing leisure time and working hours.

As I was summarising my findings, traces of these discourses started to pile up. I was, however, taken apart by the fact that all these discourses exist, in some shape and form, still today. At first, this puzzled me, but then instead of considering it a negative aspect, I now believe this is a positive feature of the framework I am suggesting. More research is required, and this is a “first rough draft”. 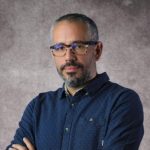