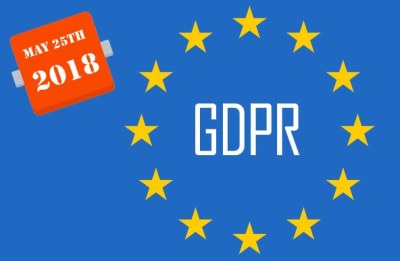 The EU General Data Protection Regulation, known as GDPR, is the most important change in data privacy regulations in 21st century, and it is taking effect very soon, on May 25, 2018.

It will have a significant impact on many aspects of data collection and processing of data of EU citizens, and will affect not only EU companies but also multinationals that operate in EU.

One possible and significant effect of GDPR on Machine Learning is the “right to explanation”.

Some of the articles of GDPR can interpreted as requiring explanation of the decision made by a machine learning algorithm, when it is applied to a human subject.

Does GDPR really require an explanation of Machine Learning algorithms?

I note that we should distinguish

Dr. Sandra Wachter, an EU Lawyer, and a Research Fellow in Law and Ethics of Big Data, AI & Robotics, at Oxford (@SandraWachter5 on Twitter).

She said that GDPR requires data controllers to implement suitable measures to safeguard data subjects rights freedoms and legitimate interests. Such measures should include a way for the data subject to obtain human intervention, express their point of view, and contest the decision.

Also her opinion was that Article 15 implies a more general form of oversight, rather than a right to an explanation of a particular decision.

So a right to explanation in GDPR is not legally binding, but can be offered voluntary.

Here are excerpts from Sandra’s blog Towards accountable AI in Europe?, reposted with permission.

AI and its challenges

AI based systems are often opaque ‘black boxes’ and are difficult to scrutinise. As increasingly more of our economic, social and civic interactions – from credit markets and health insurance applications, to recruitment and criminal justice systems – are carried out by algorithms, concerns have been raised about the lack of transparency behind the technology, which leaves individuals with little understanding of how decisions are made about them. We need proper safeguards in place to make sure that the decisions that are being made about us are actually fair and accurate.

In 2016 theEU General Data Protection Regulation (GDPR), Europe’s new data protection framework, was approved. The new regulation will come into force across Europe – and the UK – in 2018. It has been widely and repeatedly claimed that a ‘right to explanation’ of all decisions made by automated or artificially intelligent algorithmic systems will be legally mandated by the new regulation. This “right to explanation” is viewed as an ideal mechanism to enhance the accountability and transparency of automated algorithmic decision-making.

Such a right would enable people to ask how a specific decision (e.g. being declined insurance or being denied a promotion) was reached.

Together with Turing Researchers Dr. Brent Mittelstadt and Prof, Luciano Floridi we examined this claim. Unfortunately, contrary to what was hoped,our research has revealed that the GDPR is likely to only grant individuals information about the existence of automated decision-making and about “system functionality”, but no explanation about the rationale of a decision. In fact, in the whole GDPR the “right to explanation” is only mentioned once in the regulation, in Recital 71, which lacks the legal power to establish stand-alone rights. The purpose of a Recital is to provide guidance on how to interpret the operational part of a regulatory framework, if there is ambiguity. But in our research, I see there is no ambiguity regarding the minimum requirements that requires further clarification.

Placing the “right to explanation” in a Recital and the fact that the recommendation of the European Parliament to make this right legally binding was not adopted, suggests that European legislators did not want to grant this idea the same legal status as the other safeguards in the legally binding text in Art 22 GDPR. Of course, that does not mean that data controllers could not voluntarily decide to offer explanations, or that future jurisprudence or law built on this Recital could create such a right in the future.

For more details, listen to a podcast with Sandra Wachter on Algorithms, Explanations, and the GDPR .

However, Sandra’s opinion that there is no right to explanation in GDPR is not fully shared by other experts.

Andrew D. Selbst and Julia Powles write in Meaningful information and the right to explanation,

There is no single, neat statutory provision labelled the ‘right to explanation’ in Europe’s new General Data Protection Regulation (GDPR). But nor is such a right illusory.

Articles 13-15 provide rights to ‘meaningful information about the logic involved’ in automated decisions. This is a right to explanation, whether one uses the phrase or not.

Andrew Burt in Is there a ‘right to explanation’ for machine learning in the GDPR?, writes

As in other areas, the GDPR is less than clear. And as a result, the idea that the GDPR mandates a “right to explanation” from machine learning models – meaning that those significantly affected by such models are due an accounting of how the model made a particular decision – has become a controversial subject. Some scholars, for example, have spoken out vehemently against the mere possibility that such a right exists. Others, such as the UK’s own Information Commissioner’s Office, seem to think the right is pretty clearly self-evident.

Ultimately, I have some good news for lawyers and privacy professionals . . . and some potentially bad news for data scientists.

It seems that there is sufficient ambiguity in GDPR to keep lawyers very busy.