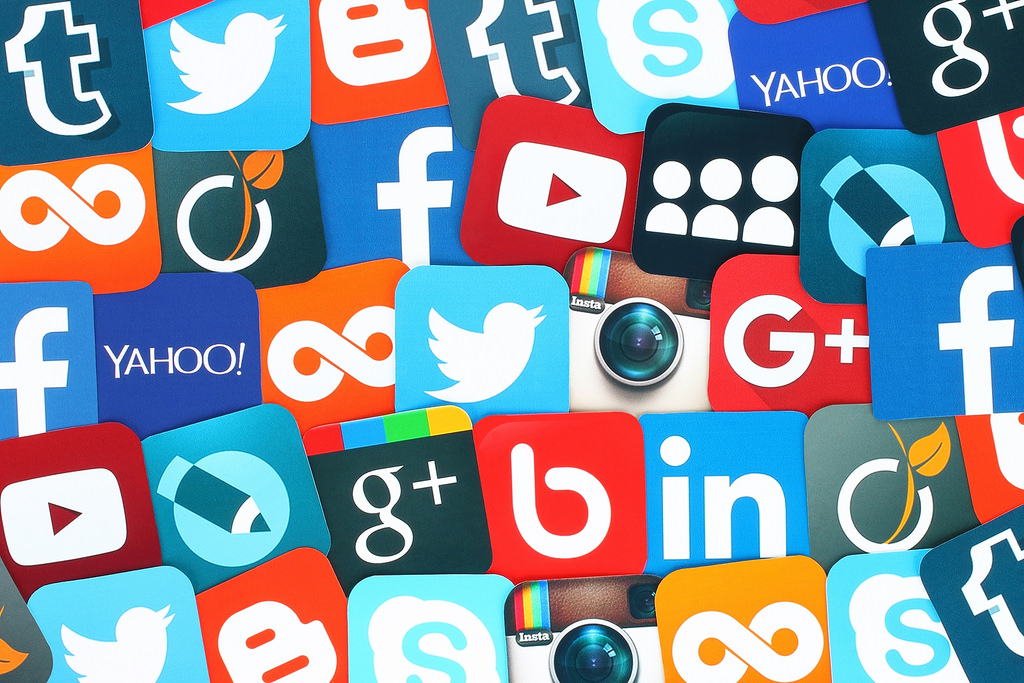 Quality journalism is important, and Facebook made a move this last week to support news publishers allowing subscriptions in Instant Articles. Most news organizations have had no alternative but to use Facebook’s platform in order to get news in front of their readers, but up until now it’s not been possible to actually subscribe to the publication while on Facebook. With this change, readers get easy access to the content they want, even when it’s behind a paywall, by having the option to pay to subscribe while on the Facebook platform. And publishers get to keep 100% of the revenue, which is only fair. Read the full article here at TechCrunch: Facebook’s Instant Articles restore subscription options they previously stripped.

Continuing its quest to dominate every industry as well as encouraging consumers to buy more things, Amazon rolled out Amazon Spark, a Pinterest-like social tool in the Amazon App. The goal is to help customers find more of what they like by letting them follow specific people or categories. Spark will then create a “feed of personalized content from other Amazon customers with similar interests as you.” Artificial Intelligence at work here, and I’m sure we’ll see more of this moving forward. Read more on this at Entrepreneur: Amazon Spark is a Pinterest-Like Shopping Social Network.

Facebook Messenger rolled out a number of improvements this week designed to make the platform more attractive to brands and focused on keeping users invested in, and on the site longer. The messaging platform is of course very invested in brand adoption of the platform for use as a customer service tool, so continuing to fine-tune the app and the chatbot experience is to be expected. These improvements included adding built-in natural language processing capabilities that can detect the context of a message before passing it along to a bot, as well as call to action buttons like “buy now” “get support,” etc. The updates fix a lot of the errors that existed in the first rollout of chatbots and also allow businesses to create multiple experiences within a single bot. More on the specifics of this update here: Business Insider: Facebook Messenger just made itself a whole lot more attractive to brands.

LinkedIn this week released a new tool to provide insights on who’s visiting your website. Similar to Google Analytics or a Facebook Pixel, companies can add a line of LinkedIn code to their web pages and then be able to see data based on visitors’ LinkedIn profile information. Users can then filter collected data into categories based on information listed in profiles. Let’s back up and say this is not the data goldmine it might appear to be on the surface. LinkedIn can’t provide any data on a page or group of pages until the pages has had a minimum of 300 visitors linked to LinkedIn. That’s a lot of visits and more likely to be something experienced by an enterprise than even a normal mid-sized business. Look for more on our thoughts on this functionality in a blog post in the coming week or so. Read more on this here: LinkedIn: Introducing Website Demographics

Cord cutting is growing in popularity. While the hardware sector of the market is crowded with Google, Amazon, Apple and others, the software sector of live TV streaming apps is less so. Nonetheless, this week YouTube TV, Google’s live streaming app, reached 2 million app downloads. The surprising part is that it’s not even available across the entire US yet. This growing trend might result in a change in how companies advertise on TV in the near future. Read more on this from TechCrunch here: Google’s Cord Cutter App YouTube TV Reaches 2 Million Downloads

Last but never least, this week Facebook reported another stellar financial quarter, but that’s not the only news that has Zuckerberg on cloud nine. After looking at the monthly active users of the top social media apps for the last six months it’s clear Facebook is dominating. Facebook runs 4 of the top 5 most used social media apps. Remember when I mentioned above Messenger’s preoccupation with being yet another reason users come to, and stay on, Facebook? Well, it’s true. Facebook and its family of companies (Facebook, Messenger, Instagram, and WhatsApp) pretty much own the internet. And that domination has no signs of slowing down. 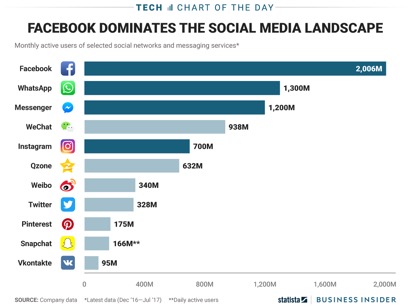