2017 marks the 8th year we’ve published a list featuring “women who rock” in the digital marketing space. I started the list in 2010 with social media specifically and after 5 years handed the reins over to Ashley Zeckman for a few years when the focus has broadened to digital marketing.

In the past I would ask each years’ honorees to nominate someone for the following year and so on. Following that we started ranking the huge list of women in marketing that we had compiled over the years using Traackr’s influencer marketing software.

In 2017 I’m making another change: to ask influential men in the marketing industry to nominate women who are leading in the marketing world. I thought this was a timely and relevant way to help male leaders in our industry shine a light on their female counterparts, peers, superiors or subordinates.

The response from those who have shared nominations including multiple from Seth Godin has been great. I can’t thank the CEOs, CMOs and Entrepreneurs enough who took time during the holidays to share nominees and their reasons why.

Interestingly, less than a third of the men I reached out to replied at all. In previous years when I have reached out to women, more than 75% would respond. I don’t know whether the holidays affected responses, but I didn’t get many “out of office” emails, so maybe it was something else. (See UPDATE below)

Of greater importance is that this is a topic of interest to me and based on the response over the past 7 years, it is definitely of interest to our community. Below you’ll find a combination of familiar names and some that will likely be new. That’s what makes lists like this special – to find new talent, smarts and engagement amongst people you might not otherwise learn about.

A few notes: this list is not sorted in any particular order and along with the name of the nominee and credentials, I’ve included the name of the person nominating them and why. Enjoy! 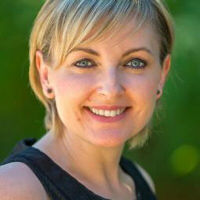 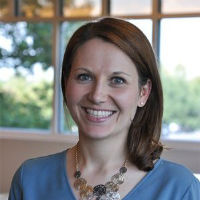 If you would like to see the previous lists of women who rock social and digital marketing that we’ve been publishing since 2010, here’s a list:

This year’s list is really just a sample, so for the men reading this post that would like to shine a light on a top digital marketing leader that also happens to be a woman, please share their name, title, company and why in the comments.

UPDATE 12/31/17
Thank you to all who have shared this post to shine a light on top digital marketing talent and the thoughtful peers who nominated them. This post has earned over 5,100 shares in 4 days during the holidays.

It’s worth noting that the difference between previous outreach to women vs. to men in this year’s list is that previous outreach was to women who had already appeared on the list and were familiar with it. Outreach to men this year was basically cold and during the holidays. That may not explain the overall lower response rate amongst men, but it is a significant difference, especially if you have any actual experience with influencer outreach.