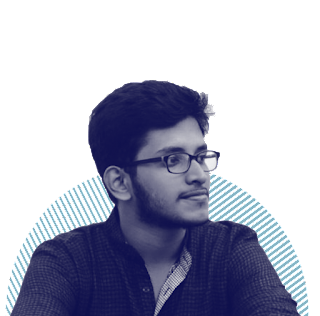 ‟Automation is controlled by the capitalist class and not by consent of the workforce.

Most economists suffer from misplaced optimism about the oncoming Fourth Industrial Revolution. Some reskilling here and there would suffice to spread its benefits to all workers. They ignore how capitalism invents and employs technology for profits, not people.

The dominant discourse around automation has been capital – centric, i.e. from the perspective of capital and productivity, with references to the magnitude of labour displacement. However, there is little discussion from a political-economy perspective that highlights the structural conditions of capitalism that leads to such developments. Economists in the Global South talk about innovations and the potential of advanced technology but do not seriously engage with the fact that there is a real possibility that most work as we know it is increasingly becoming redundant. Despite the formal acknowledgment that the automation wave is real and there would be some labour displacement, the overall mood regarding the subject of automation is surprisingly sanguine. Such discussions most often end in suggesting that policies should be framed so as to encourage private investment in areas where innovations are ripe. Parallel to this, the state should invest heavily in nurturing the right kind of “human capital” so as to meet the changing needs of the market. If the workers are appropriately skilled, additional employment generation would take place instead of labour displacement. Let us examine these arguments and this misplaced optimism with help from a basic understanding of capitalism in general.

Firstly, we must remember that capitalism fundamentally depends on private capital accumulation for its sustenance. There are two factors that are essential to understand the dynamics of capital flows: profitability and competition. Private investment flows to areas where there is scope for making the most profits. This is often represented in neoclassical economics as adjusting supply to market demand (both existing and potential) but the question of profitability is almost always conveniently ignored. There exists intense competition among capitalists for greater profits and pressures to cut costs and innovate. Given these two factors, it is inevitable that the capitalist adjusts his production process with the changing market conditions: this involves adoption of technology – howsoever, labour displacing it may be. Reducing human content in production would be beneficial as the machines are unlikely to unionise and ask for higher wages! Thus, regardless of the individual character of the capitalist – whether he/she is a ruthless or benevolent employer – the systemic pressure enforces the logic of adapt or perish.

‟Private investment flows to areas where there is scope for making the most profits [..] the question of profitability is almost always conveniently ignored.

Secondly, the argument that what is required is greater investment in the “right” kind of education and skilling the workforce with the required talents is again problematic. This rests on the presumption that the force of automation is static and not dynamic. Technological development including automation happens continuously over time and not at any particular point. This also means that present statistics on productivity need not necessarily reflect the impact of automation. Thus, dismissing automation because there is no real impact on statistics is an incredibly static view of technological development and a misunderstanding of what automation really is. When a visible market demand among capitalists exists for automating technologies, emerging entrepreneurs will vigorously supply such services seeking a share of the pie. Thus, in other words, if the market demand is tilted towards technologies that make work redundant, startups that look to establish themselves would increasingly focus on developing such technologies. This would just accelerate the crisis of technological unemployment that is imminent due to the tendencies of the capitalist system itself.

Now, a counter-argument can be raised that such a view deprives the workers of their agency and ability to adapt and contest these changes in the workplace. But contextualising agency within the framework of neoliberalism that is built on the assault on the working class for the valorisation (addition of value) of capital leads us to be aware of the harsh realities of contemporary capitalism. Moreover, how can education keep in pace with this rapidly changing environment – that too, given that the educational system is in doldrums after neoliberalisation? How much can the state in the Global South that is constrained by finance capital manoeuvre its way out of the crisis of jobless growth? Should public funds be allocated to building basic infrastructure or towards high-tech professional colleges? Are private institutions competent enough for taking up this task? These are tough questions with no satisfactory answer within the current political order!

Thirdly, it is imperative that we should take into account the structural changes in labour market that is set to take place. The labour market will be segregated in a way that there exists a high demand for high skilled workers at the top and low-skilled workers at the bottom (Schwab, 2016). The demand for the middle-skill, middle-income workers declined with digitalisation and network formations – what has been measured as “IT intensity”, because of the power accorded to the top management to monitor and enforce corporate governance norms ( Kim and Bryjolfsson, 2009). Those in the middle-segment who performs redundant work will be hollowed out in this process of “disintermediation”. This leads to a more precarious workforce as well as increased labour income inequality. The platform economy, of which Uber is a key example, where the average worker has access to assets reproduces this precarity.

This leads us to the fourth point, namely the effects on an already disintegrating social structure that has gained much attention in our post-Piketty world. Technology does not emerge in a vacuum, as it is shaped by power relations in the society ( Pianta, 2017). As the adoption of automating technologies in the production process is controlled by the capitalist class and not by consent of the workforce, it is highly likely that class antagonisms and inequality will continue to rise. This also limits the possibility of regulation by the state as it will hurt capitalist profitability. Here, the working class who produce these technologies becomes the gravediggers of their own livelihood. As Pizzati (2017) puts it, “workers are paid peanuts to build the same AI that will render them obsolete.”

Fifthly, the burgeoning social inequality and the hollowing out of the “middle” raise serious economic and political issues. The economic issue is how “disintermediation” would affect aggregate demand. The middle segment of workers with considerable purchasing power has been historically a reliable source of aggregate demand that drives consumption in capitalism. What will sustain the economy when this segment slowly vanishes? The political issue is how this hollowing out poses a threat to the democratic fabric of a nation-state. In the near-absence of well-organised progressive politics, the discontent that arises due to polarisation leads to misguided violence against the marginalised “Other” like ethnic minorities and the unemployed, which accentuates social antagonisms. Capitalism has been ideologically successful partly because it has been able to sell the dream of an upward social mobility. This gets threatened in an age that rewards those with technological expertise and excludes those who do not – creating a new form of haves and have-nots.

This leads us to the larger epistemological question of what really constitutes a knowledge economy. Who defines what knowledge is and what it is not? The current discourse overwhelmingly relies on a crude form of technological determinism that equates knowledge solely with expertise in cyberspace. No alternative forms of knowledge, for example, the rich and diverse forms of indigenous knowledge, have a place in the knowledge economy. In this context, empowerment boils down to access to technology alone, regardless of the highly unequal social structures that make a significant section of the people experience technology from “positions of powerlessness” ( Sreekumar, n.d.).

These arguments should not be seen as cynical viewpoints on technology. Automation is an objective process. Technology has truly emancipatory potential that may or may not be realised. Technology has immense potential in minimising the drudgery of workers but we see new patterns of precarity that are being produced today. The point is that the architecture of capitalism is systemically based on the exploitation of a large majority that effectively hinders the realisation of benefits like greater leisure time that is offered by technology. While social networking provides relatively open spaces for public expression, the immense wealth that is generated by the techno-capitalists shows us that even public spaces can become a profitable business model. The darker side of cyberspace has been gaining attention recently with the repression of progressive online content, which sheds light on the new modes of surveillance in digital capitalism.

What is the alternative then? Rifkin (2014) argues that the Internet of Things transforms market relations to a “collaborative commons” because production occurs at zero marginal cost (which breaks down the conventional price equals marginal cost relation). While this is a small movement within the internet, he argues that this will be the way forward. But it is still unsure how such collaborative spaces will challenge the monopolies of digital capitalism. The most realistic prognosis is that of a confrontational coexistence of the two types of digital ownership – which is a reinforcement of the dualism that exists in society.

‟As Foster and McChesney (2011) remind us, how technology is put to use fundamentally remains a social choice.

Thus, the task is to make this a political issue that should directly challenge the conventional modes of enterprise that predicates profit-making as its fundamental goal. It is unrealistic to expect collaborative spaces or individual consumer choices to challenge the asymmetric power relations in a system that rewards the technologically elite. New technologies by startups are appropriated by the established monopolies in acquisitions that are celebrated by the mainstream media. This necessitates the need for resistance against the tendencies of capitalism in general that has historically encroached upon public spaces for profit. The task for the contemporary Left is to take into account these complex circumstances so as to put forward a progressive agenda for building a just and equitable society. As Foster and McChesney (2011) remind us, how technology is put to use fundamentally remains a social choice and a “global network of resistance” to the way the emerging technologies are utilised “is both necessary and feasible.” Such a resistance can coalesce into the larger anti-capitalist movement that is gaining momentum across the world today.