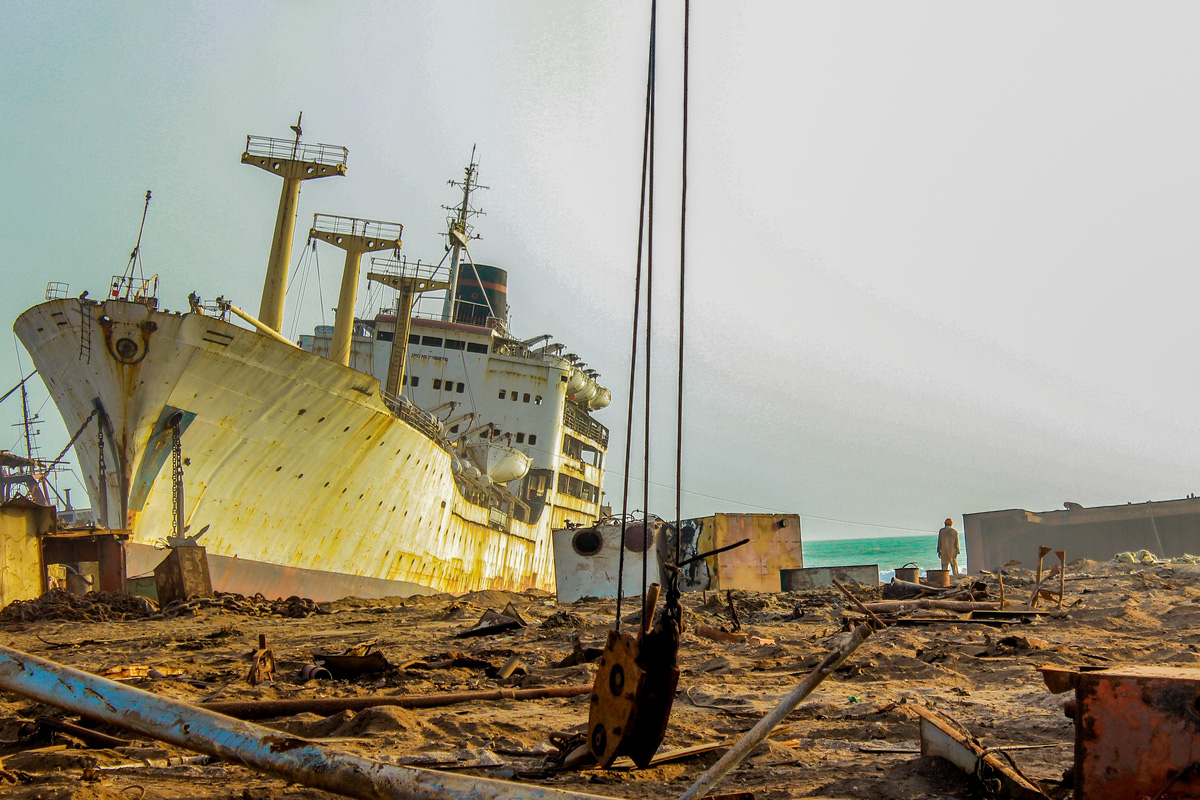 India today is in a leadership position when it comes to ship recycling. Parliament passed the Ships Recycling Bill 2019 on 9 December. India also acceded to the Hong Kong Convention, 2009 in November 2019 which stipulates global standards of ship recycling. This accession has been appreciated by International Maritime Organisation Secretary General Mr. Kitack Lim during the organisation’s 31st meeting held at IMO headquarters, London. The guidelines passed by the Supreme Court on Hazardous Waste Management vide Ship breaking Code (Revised) 2013 which were being followed till date and provisions of the Hong Kong Convention 2009 have been dovetailed in the Ships Recycling Bill, 2019.

The bill defines ship recycling as dismantling of a ship at a facility to recover the components and material for re-use and taking care of the hazardous material so produced. It includes associated operations such as storage and treatment of material and components on the side. The bill will apply to: (1) Any new or existing ship which is registered in India; (2) Ship entering a port or terminal in India or the territorial waters of India; (3) Any warship or other ship owned and operated by an administration and used on government noncommercial service, and (4) Ship recycling facilities operating in India The Bill when enacted requires ship-recycling facilities to obtain authorisation to operate and only such authorised yards will be permitted to import ships for recycling.

Ship Recycling Plans (SRP) will need to be prepared for incoming vessels. It will be mandatory for all ships to carry an Inventory of Hazardous Materials (IHM) on board. The ships will need to obtain a “Ready for Recycling Certificate” in accordance with the Hong Kong convention prior to recycling at these authorised yards. The implementation of this Bill will not only streamline existing shiprecycling norms but also help restriction and proper treatment of hazardous materials on board and the waste produced post recycling. It will also help the country to obtain ecofriendly steel as an outcome of the recycling. The steel recovered from the recycling yards amounts to almost 10 per cent of total consumption of steel in India.

It is now expected that a majority of the ships from developed countries would come to India for recycling. Around 30 per cent of global ships (250 to 280) are recycled annually at Alang in Gujarat. This number is going to grow substantially in the times to come. The recycling plots in India especially at Alang have already risen to the occasion by obtaining Statements of Compliance (SoC) under the Hong Kong convention on a fast track basis. Moreover 18 ship recycling yards have also applied for inclusion in the EU list. These dynamic actions of the Indian yards will contribute to consolidating India’s position as a market leader in the recycling industry.

When India goes full throttle into major league ship recycling, the result and growth in this sector will be enviable. This industry will also provide tremendous growth in terms of employment generation. Ministry of Shipping has taken several initiatives to augment this industry at Alang, the world’s biggest ship recycling yard situated at Gujarat. Few of the steps include setting up of the Treatment Storage and Disposal Facility (TSDF), addressing environmental as well as workers’ health and safety issues. The Treatment Storage and Disposal Facility (TSDF) at Alang has been set up with a capacity to dispose 1 lakh cubic meters of all kinds of waste. This facility has been set up adhering to the guidelines of the pollution control board.

This will ensure zero oil spillage into ocean or into the soil. As far as workers’ health and safety issues are concerned, these have been addressed by providing insurance and employment to more than 30,000 people, regular training programmes, annual health checkups and a full-fledged multi-speciality hospital and housing colony with all necessary amenities. The growth of Ship Recycling will also give a major impact to the downstream industries as well as provide employment opportunity to about 3.5 lakh people. Passing of the Ships Recycling Bill 2019 coupled with the initiatives taken by Ministry of Shipping will make Indian yards compliant with international rules and regulations.

India is now all set to lead by example not only in ensuring environmentally sound recycling of the ships, but also adequate safety and welfare of the work force engaged at the ship recycling plots. With the tremendous growth envisaged in the recycling industry, the business growth will contribute significantly to the country’s GDP. It is certainly considered a vital step ahead for the $5 trillion economy by 2025 envisioned by the Modi Government.

(The writer is Minister of State for Shipping (I/C) and Chemical and Fertilizers, Government of India)