Many of the workers at Gopher Resource’s battery and recycling plant in Tampa, Fla., were perplexed by the company’s message after it was sold last year. They were a little angry, too.

Gopher was acquired by Energy Capital Partners, a New Jersey-based private equity firm, in June 2018. Soon after, company officials launched a “One Gopher” campaign to the workforce, emphasizing company pride and reduction of safety violations. 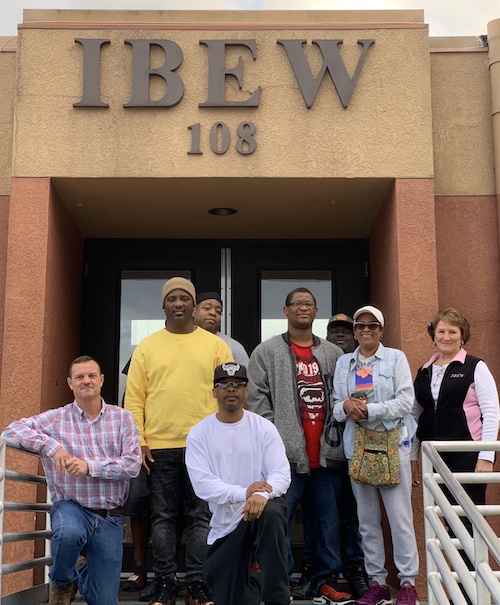 That was all well and good. But workers at the company’s other plant in Eagan, Minn., are represented by the Teamsters. The Florida employees didn’t have a union.

Why couldn’t they have their own representation?

“If it’s ‘One Gopher,’ we want to be treated like the other plant,” said Britan Glenn, who has worked at the Tampa facility for three years and is now a kettle operator. “The other plant is union and has been that way for a long time.”

Glenn and others learned the Minnesota plant had job classifications – something the Tampa plant did not — and employees who understood the requirements to receive a promotion or a boost in pay. That was missing in Tampa, where assignments often were made based on whether an individual supervisor liked or disliked a particular employee, he said.

They also learned that an entry-level employee in Minnesota made more than a lead man in Tampa, Glenn said. Even with the higher cost of living, that struck many of the Florida workers as odd.

“Once we started showing people that, they got right on board,” he said. “They were like, ‘We’ll sign that card.'”

After failed attempts in the past, the Gopher employees voted 137-87 for representation by Tampa Local 108. Officers were elected in November and negotiations for a first contract are on the horizon.

“Like anything else, it’s all about educating people and teaching them what their rights are and what a union can do for them,” Local 108 assistant business manager and organizer Chris Parsels said of the victory. “That’s all we do. Just try to lead them in the right direction. They had to have the desire to do it.”

Parsels and Business Manager Doug Bowden, along with other Local 108 officials, saw that desire early. A previous effort by Local 108 to organize the Tampa plant fell short in 2016, but it wasn’t forgotten by those employees. One walked in unannounced to the Local 108 office after the sale asking for certification cards. He returned the signed cards one week later, took some more and got those signed.

Yet, despite those efforts, it looked for a brief time like the drive might stall. Parsels said only about 57 percent of the plant’s employees had signed cards. Like most organizers, he wanted it to be at least 65 percent before asking the National Labor Relations Board to certify a vote.

At the urging of Glenn and others, he asked for a vote anyway.

“Our business manager told us, ‘If they think they can get it done, who are we to stand in their way?'” Parsels said. “We explained the consequences. We told them if it was a no vote, they couldn’t even talk to another union for at least a year. But they were confident they could win.”

Glenn said the organizing effort was slowed by the fact that he and others had to reach out to their colleagues in secret. Managers regularly held meetings discouraging the union. He and others approached fellow workers discreetly during breaks. The plant has 12-hour shifts around the clock, making it difficult for some employees to meet outside of work.

With that in mind, winning with 65 percent of the vote was impressive. Glenn said he’s made it a priority to seek out those who voted against representation to tell them their input still is valuable during contract negotiations.

“The company was under the impression this is all about money,” he said. “It’s not. It’s about equal opportunity. When I apply for a promotion for a job, I want to walk out feeling like I’ve been given a fair shot at it.”

Fifth District lead organizer Kathy Smith, who was also part of the 2016 drive at Gopher, said it was obvious the employees were fired up from the start.

“We had awesome [volunteers on the organizing committee] that helped keep people together,” she said. “That really made it a tight group.”

Fifth District International Representative Joseph Skinner, who also was assisted in the organizing effort, said the employees had done much of the work before he even got involved.

“It was a successful campaign because the VOCs took control and did the work,” Skinner said. “These people took ownership of it. I don’t think anyone could have stopped it even if they wanted to.”

Challenges remain. Florida is a right-to-work state, so even after negotiating a first contract, Glenn, Parsels and others must convince employees in the bargaining unit to become Local 108 members.

Smith, who lives in the Tampa area, said the power of IBEW membership will soon become apparent to members of the new bargaining unit.

“I’ve been an IBEW member since 1972 and I know how blessed I’ve been to be a part of this great union,” Smith said. “Whenever I help get a unit organized, I know how blessed they’re going to be. Their future is so much brighter now. They’ve helped change their lives for the better.”