From the Tibetan Plateau down to the South China Sea, the Mekong River runs through more than 4,000km long. Not only the diverse fish species in the Mekong River, such as catfish and carp which can grow to 3m long, but also a diversity of land animals like elephants and tigers live in the forests stretching out to the basin countries. However, along with proceeding infrastructure development including constructions of dams and roads on economic growth in Southeast Asian countries, environmental disruptions of the rivers and the forests are accelerating at a breakneck pace.

The Treasure Trove of Biodiversity

Among these species are many endangered and endemic species, such as the Indochinese tiger, Asian elephant, saola, and Mekong giant catfish.

Furthermore, many new species are being discovered to this day in the Mekong River basin.

In the decade between 1997 and 2007, 1,068 new species were discovered, including bright-colored plants, reptiles, mammals, and birds.

This means that, on average, two species are discovered every week, and there is great possibility that there are still undiscovered species inhabiting this region. 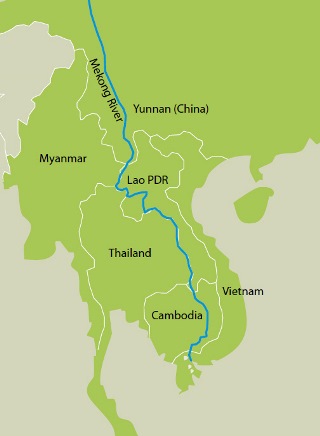 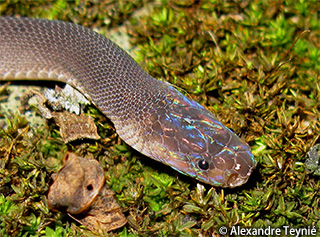 The Increasing Destruction and Fragmentation of the Forest

In Thailand and Vietnam, in particular, where deforestation was most severe, more than 40% of the forest was destroyed. In Vietnam, most of the native forest was lost.

In the entire Mekong region, too, native forests are becoming increasingly fragmented, and contiguous forest areas remain only in northern Myanmar, western Thailand adjacent to the Myanmar border, and northeast Cambodia (near the Cambodia-Laos-Vietnam border).

In this way, when forest fragmentation advances, wildlife can no longer move from one part of the forest to another, and their population is separated. As a result, population big enough to breed cannot be maintained and the danger of becoming extinct increases.

Furthermore, not only does the fragmentation of the forest make it easier for poachers and non-native species to enter, it increases the chances of forest fires and leads to the accelerating rate of deforestation and loss of biodiversity.

The Cause of Deforestation

Poaching and illegal trading of wildlife have become a great threat in the Mekong region as well.

This region has become the world’s hub and final destination for wildlife trade, and the place known as the “golden triangle,” which borders with Thailand, Myanmar, Laos, and China, has become its center.

According to the 2009 and 2013 research conducted by Myanmar’s Mong La City, located at the center of the “golden triangle,” parts of at least 39 tigers have been found, and it is considered that a third of the illegal trading of tigers worldwide goes through Myanmar.

Ivory, pangolin, leopards, clouded leopards, golden cat, and even African rhino horns are sold in Mong La City as well, and their retail price is estimated to be over four million US dollars. 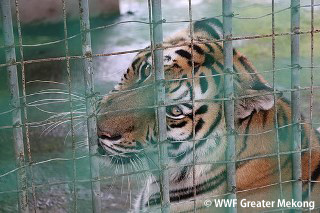 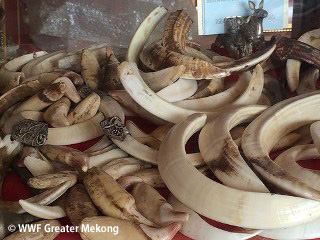 Moreover, 60 million people living in the Mekong River basin depend on the blessing of Mekong River for their livelihood, fishing and cultivating rice in the delta region. Thus, the random construction of dams will impact such local residents as well.

In this way, the Greater Mekong has a rich natural environment with diverse species; however, environmental destruction is taking place at a rapid rate along with the economic development of the region. WWF branches in each country are working on various projects for the conservation of biodiversity in the Greater Mekong region.