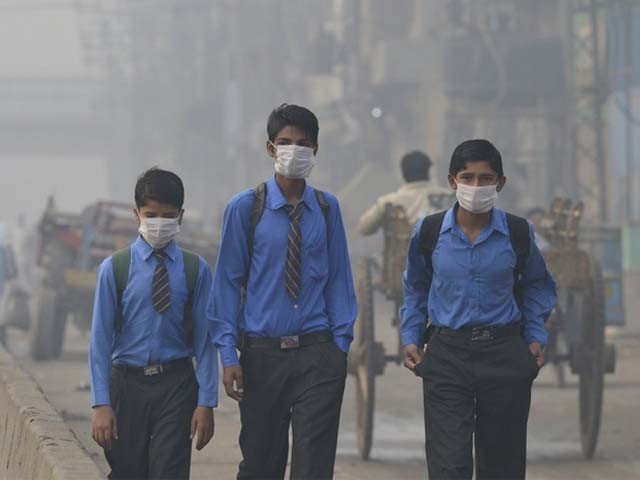 Numerous studies have been conducted in an attempt to gauge the adverse effects of climate on human development. One of the many unfortunate facets of climate change that are currently being explored is the impact it has on mental health, particularly with respect to that of our children and future generations. Over the past decade, there has been a noticeable increase in natural disasters, owing to rapid climate change. A non-profit organisation, Energy and Climate Intelligence Unit, looked at numerous studies and determined that there was a clear pattern which demonstrated climate change had resulted in weather related disasters becoming far more potent and long lasting in recent years.

This in turn has given birth to a new class of refugees, namely climate refugees who are forced to move or migrate due to extreme weather events. As per the Internal Displacement Monitoring Centre, approximately 26 million people have been displaced since 2008. A sizeable number of these climate refugees are children. Therefore, children face immense hardship from a very early age, leading to copious amounts of mental trauma.

Such trauma falls under the ambit of ‘ Adverse Childhood Experiences’ or ACEs. The Centre for Disease Control and Prevention (CDC) states that contributing factors to ACEs include “aspects of the child’s environment that can undermine their sense of safety, stability, and bonding.” Down the line, when these children become adults, the ACE’s manifest themselves in the form of “risky health behaviors, chronic health conditions, low life potential, and early death.”

Post Hurricane Katrina in the USA, 400 young children aged between nine to 18 years who were directly affected by the disaster were part of a study conducted over a few years. After two years, the study found a decline in trauma levels, primarily due to the fact that their schools were rebuilt and that they were given concerted emotional support. However, 25% of the children were still exhibiting significant signs of trauma even after the passage of three years.

Additionally, a case can also be made for the increase in mental health disorders as a direct result of burning fossil fuels. The usage of fossil fuels by power plants, cars and trucks results in carbon pollution and high rates of particulate matter in the air. The Environmental Health Perspectives Journal published a study which suggests that air pollution contributes to the manifestation of mental health problems such as anxiety and depression. This study explored the biological impact of polluted air on mental health as opposed to intangible mental stress originating from the prospect of pollution and climate change. Patrick Ryan, a lead author of the study was quoted as saying,

“Collectively, these studies contribute to the growing body of evidence that exposure to air pollution during early life and childhood may contribute to depression, anxiety, and other mental health problems in adolescence.”

Caroline Hickman is a psychotherapist who concentrates her research on children’s predisposition towards climate change in multiple countries, especially the UK and the Maldives. She believes that one should not feel out of place if he or she suffers from climate anxiety, simply because it is reasonable to feel threatened by the climate change and so, it is understandable if there exists sizeable concern regarding the same.

However, it is imperative that such concerns are addressed in a healthy manner so that they do not fester into extreme feelings and acts. Programmes such as Carbon Conversations have been initiated which are helping people engage in productive discourse regarding climate anxiety and so, are enabling them to address their anxiety head on.

In addition to talking about climate change and the resultant anxiety, it is imperative that measures are undertaken which reduce our carbon footprint and actively stem the flow of this environmental pandemic. Here are few simple steps that one can take to de-carbonise:

Go Green
Planting vegetation and trees close to our homes and within our communities can prove to be very beneficial, both in the short and long run. Plants effectively purify the the air and can also cool down temperatures, resulting in a healthier environment.

Use less cars
Choosing to walk, cycle or travel by eco-friendly public transportation greatly reduces one’s carbon footprint and also keeps one physically fit. An environmentally conscious mass public transit should be introduced and investment in electric vehicle infrastructure should be actively encouraged.

Reuse, Reduce and Recycle
The emphasis should be on reducing waste and using recyclable alternatives to single use products that are harmful for the environment.

Invest in energy efficiency
The use of solar panels and wind turbines in public and private buildings should be encouraged. Policies that support energy conservation should be introduced along with relevant awareness campaigns.

These steps will go a long way in combating the effects of climate change which in turn will should alleviate some of the mental anxiety and trauma associated with extreme weather events that our children and our communities experience.

The views expressed by the writer and the reader comments do not necessarily reflect the views and policies of The Express Tribune.