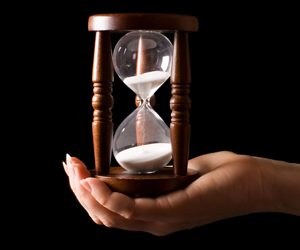 In a few weeks, 2019 will be history. In the year 2020, there will be a presidential election and a new census, and I am hoping I can submit both my ballot and census questionnaire on Election Day. But 2020 is also the beginning of a new decade full of possibilities and challenges due to technological advances and global affairs. So for my final column for 2019, I want to discuss what I think will be the most influential challenges facing the law in the next decade.

Artificial Intelligence — In the past decade, artificial intelligence (AI) technology has grown by leaps and bounds, resulting in computer programs that can recommend personalized products, and, even self-driving cars.

Early AI technology has been used to automate work which was typically done by humans. It can accomplish mundane and thought-intensive tasks in minutes. Similar tasks would have taken humans hours, days, or even years to complete. In addition to the efficiency, AI does not take sick days, file harassment lawsuits, or start social media hashtag movements.

Just as robots have permanently reduced the number of blue collar jobs in the 20th century, AI will similarly reduce white collar jobs, including lawyers.

Also, in the next decade, it is likely that the next generation of AI will have sentience and will be self-aware. This means robots will be able to have emotions, opinions, and have the ability to care for themselves and others. Those robots will be able to care for the elderly or provide companionship. That, combined with their presumably superior thought process, can allow sentient AI to propose policy decisions or even make judgments supposedly without bias or prejudice.

Politicians and think tanks will have to consider whether to pass laws regulating, taxing, or banning AI that threaten jobs, particularly those that require human judgment. Or will humans be content with universal basic income provided by the few megawealthy robotics conglomerates that are left? Should sentient robots be forced to be programmed with Isaac Asimov’s Three Laws of Robotics or Prime Directives in order to prevent the creation of Terminators and Skynet?

The Gig Economy — As we begin to welcome our AI overlords and co-workers, our society must also come to grips with the growing number of part-time gig economy jobs that might be the last remaining jobs for humans. For some, it is supplemental income while allowing them to be flexible with their time as they can choose the jobs they want. For others, it is dead-end, rote, mind-numbing work that pays the bills while they are searching for a real job.

Earlier, I wrote about the difficulty of classifying gig-economy workers either as employees or independent contractors. As independent contractors, they will be responsible for their business purchases but are likely to pay less taxes. As employees, they have labor law protections, and their employers may have to provide such benefits as health insurance. But are alternative classifications available?

If gig economy jobs continue to proliferate, an alternative employment classification category will be needed for those who choose (or are forced to take) gig economy jobs to make ends meet. The ideal solution will not impose excessive costs to employers while allowing employees to have access to unemployment benefits and labor protections.

Severely Modified Income-Based Repayment Programs — Most gig economy jobs do not pay well, which means those working these jobs will be on an income based repayment (IBR) program for their six-figure student loan debt.

When the first IBR program was passed, its intent was to help people manage their federal student loans while they were either looking for a job or working an entry-level job. In a few years, hopefully, people will work their way up to higher-paying positions and then pay off their loans.

On the 10-year anniversary of the IBR program, it did not quite work out that way. More graduates are relying on IBR while working as an Uber driver (or some other gig economy job) while tuition costs have increased considerably. IBR has become a backdoor education subsidy with taxpayers footing the bill for the tuition plus 20 to 25 years of interest on the unpaid principal.

Subsequent modifications of the IBR program such as Pay As You Earn and the Revised Pay As You Earn made repayment and forgiveness terms easier, which is good for the graduate but will cost the taxpayers more.

Those who can pay off the balance will usually refinance with private lenders at a lower interest rate.

As time passes, it appears that IBR is not only failing its original purpose, but is also open to abuse and can cost taxpayers trillions. If Congress believes IBR is becoming a moral hazard, it is likely to either repeal IBR completely or place severe restrictions on who qualifies for it. Whatever changes are made will be designed to force schools to lower costs or improve graduates’ job prospects or lose federal student loan funding altogether.

Climate Change — Unfortunately, people who are on IBRs are probably unable to afford Teslas or solar panels and other energy-efficient upgrades on their homes. They also probably can’t afford to regularly eat sustainable salmon avocado toast at Whole Foods. Instead, they will have to eat cheaper meat imported from a developing country with high pollution run by militant cabals. As a group, they threaten to leave a Shaquille O’Neal-sized carbon footprint unless something is done to address climate change.

Implementing climate change legislation will create a massive economic disruption and other unintended consequences. Some existing industries will be threatened while new ones will emerge in response. Powerful, wealthy forces in the energy sector will either diversify their wealth holdings or may lobby to maintain the status quo.

Climate change will be the most complex problem to solve, and I will not attempt to propose solutions here. I am hopeful, however, that lawyers will be in the best position to solve it. Lawyers come from all educational and social backgrounds, which is important because a comprehensive solution will require an interdisciplinary input from the natural and social sciences as well as the arts.

The above represents what I think will be key issues lawyers should know about, as it may impact them, their livelihoods, and the world around them. If there is any interest in the above, or if there are other issues you think should be addressed, please email or even call me. Since the next two Wednesdays are Christmas and New Year’s Day, I will not be back until the new year. Until then, be safe, be happy, and be billing.