The way we use people analytics to track the movements and behaviours of employees has alarming similarities to the way farmers monitor herds and prison officers guard their convicts. Below is a compelling argument for why this needs to change in order to drive more positive outcomes for both employees and businesses.

Let’s begin with a conversation:

Bina: What do you mean they’ve ‘gone’? Can we get them back?

Lloyd: We’re tracking them but it doesn’t mean we can get them back.

Bina: That makes four this month! Why does this keep happening?

Lloyd: I don’t know, the grass is greener….?

Bina: This is no time for joking Lloyd, we need to stop this from happening – costs are spiralling out of proportion!

Lloyd: We’ve tightened controls, we track them, we monitor them. We even try to predict flight risk…. But they still keep getting away…

Now, for a quiz: Is the above…

Truth be told, it could be all three. And that’s a problem.

To understand our position today – especially with the advent of people analytics – we need to put the history of the employer-employee relationship under the microscope.

The first villains (or employees, depending on your take)

Tension between employers and employees has always existed; as has unfavourable labels for employees.

In medieval times the local lord had rights to the villagers’ services, who were known as ‘villeins’ (the earliest definitions of which translated to ‘low-born rustic’ and ‘farmhand’). This term was a marker of low nobility, and over the years developed into the word ‘villain’, which today conjures up evil and sinister intent!

For villeins, the work was back breaking, the days were long, and average lifespans were short.

Of course, times have moved on – haven’t they? After all, the Western world supposedly enjoys the planet’s most stringent employee protections embedded in copious volumes of legislation defining our rights.

“The law required the obedience and loyalty from servants to their contracted employer, with infringements of the contract punishable before a court of law, often with a jail sentence of hard labour”.

Depressing as this is, at least modern employees aren’t herded like cattle and productised like sheep. Are they?

Out on the farm

“The investors are on our backs about creating value again. They want their pound of flesh and insist that we cut costs and raise productivity.” ( Board meeting, 2017).

Again, it’s not clear from the above conversation whether the directors are discussing livestock or employees – and that’s still a problem.

Farmers invest heavily in livestock such as sheep. It’s vital for them to maximise returns and productivity by squeezing every ounce of wool and pound of flesh from their resources.

DigitAnimal is one of many apps that tracks farming resources in real-time, helping them to achieve this productivity.

Unlike farmers, however, employers are not just interested in maximising productivity: they’re also interested in predicting which of their employees (or herd) might be planning to leave. Enter retention modelling…

Surely businesses shouldn’t be treating employees and livestock with such similar technologies and analytics?

This brings us to our next comparison.

In the film Minority Report, other-worldly Oracles lay in a pool, telepathically identifying people about to commit a crime, who would then be picked up by the authorities. The accuracy (predictive validity) of the model later proved to be lower than the hype which surrounded it.

In modern-day prisons, Oracles are replaced by organisational psychographic and demographic models to predict which prisoners are probable flight risks. Wardens then adjust the environment of these prisoners to minimise flight risk.

Any statistical inaccuracy in prison flight risk models is unfortunate for those prisoners incorrectly identified as flight risks who must consequently endure increased security and vigilance.

It’s also similar in modern corporations, except that the Oracles are replaced by psychographic/demographic attrition modelling and Organisational Network Analysis (ONA) to predict which employees (prisoners) might be flight risks.

In this case, any prediction inaccuracies are fortunate for high performing employees who were in fact not thinking of leaving, since they’ll receive all the benefits offered to higher flight risk colleagues. It’s very unfortunate for real flight risks whom the model did not detect because they will not receive any incentivising environmental tweaks. 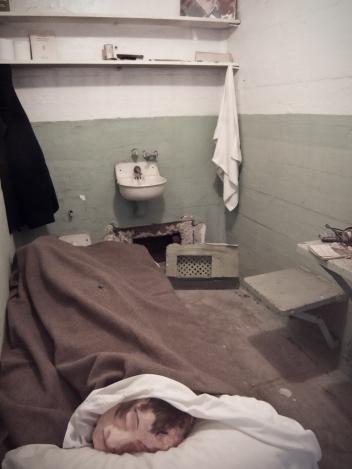 Thinking about it though, is the term ‘flight risk’ – originally used to describe inmates who might be considering escape from prison – a fair term to describe employees thinking of leaving?

It’s undeniable that there are some similarities between employees and prisoners:

While increased vigilance may be justifiable for inmates predicted to be high flight risks, surely applying retention modelling, web history and email text analysis to ‘trusted’ employees to prevent their departure is objectifying and reduces them to what can only be described as ‘inmate’ status?

In Orwell’s book ‘1984’, the Big Brother government uses language to restrict citizens’ freedom of thought and reduce the number of flight risks.

Where does attrition modelling leave the employee’s privacy and trust? What will they tell other people – that their employer spies on them?

Suddenly, the attrition model becomes the trigger for an employee’s flight. A perfect example of a self-fulfilling prophecy if ever there was one. While on the flip side, a savvy, high-performing employee could secure a salary increase merely by researching their employer’s attrition model to feign ‘flight risk’.

So the battle of wits commences: employees try to outwit employers by keeping their intention secret while employers try to catch out employees who might be thinking of leaving.

The ultimate result is an atmosphere of mistrust.

Fast-forward to today (or back to 1984, depending on your opinion)

Employees are among any company’s most costly resources. Naturally, businesses should aim to maximise returns from their resources – securing optimal productivity and tenure.

In fact, in the boardroom it’s the duty of directors to maximise workforce outputs while minimising costs, which in reality means paying the lowest possible workforce prices.

Is this really the best way of working – is this truly the most productive means of securing optimal employee productivity and tenure?

Employers, it’s time for a re-think: understand the struggle in the boardroom

Making the case for raising workforce investments rarely goes down well with shareholders. While the CIPD and SHRM try to explain that employees who aren’t paid enough and trained enough will leave, investors frequently vote against discretionary expenditure in workforce development because it reduces dividend payments the following year.

So when investors finally do agree to invest more in development, it’s understandable that they don’t want those investments to ‘walk’ – especially if those investments happen to be highly trained productive employees.

Employers: get to know your employees as human beings

Employees don’t usually change jobs for fun: they change because their working conditions are less attractive than some alternative employment.

Employees planning to leave don’t usually let their managers know that they are looking for a new opportunity until they have a firm offer because this would put a black mark against their name. So they conduct their job searches under cloaks of secrecy.

The brutal truth is that managers who are unaware that members of their team are unhappy probably don’t have a decent working relationship with their team in the first place. Attrition modelling is hardly going to remedy this because it simply provides managers with yet another ho-hum reason not to bother about getting closer to their teams.

A lot can be learned from the approach of Alain van Lidth de Jeude, MD of Rentokil Europe & South America, who requires each of his regional managers to maintain a RAG spreadsheet on the likelihood that any of their key employees will leave.

He does away with attrition models in favour of real human relationships. Specifically, he encourages his managers to develop strong relationships with their team members so that they will feel able to tell managers if they are thinking of leaving.

Alain’s managers then feed this information back to him and he uses it for workforce planning. Suffice to say that Alain’s improved relationship approach has not only significantly reduced employee attrition at Rentokil Initial, but it has also increased revenue, productivity and engagement.

Rather than relying on flight risk analysis, therefore, employers can take simple steps to follow his lead and make the whole process more human by: 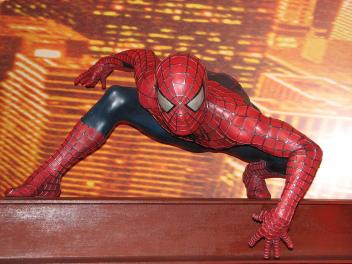 As Tracey Smith notes below, there’s no point investing in people analytics insights if they’re not going to be deployed in the first place:

“Why do companies bother predicting employee turnover at the individual level if they don’t plan to act on the results of the prediction?”

In other words, people analytics insights that don’t result in visible and demonstrable win-win interventions for both employees and investors are a waste of time and money.

A new breed of people analytics

What we need is a new breed of people analytics that contrasts more sharply with livestock and inmate analytics – one that emphasises how employees can improve their working lives while at the same time meeting investor needs. 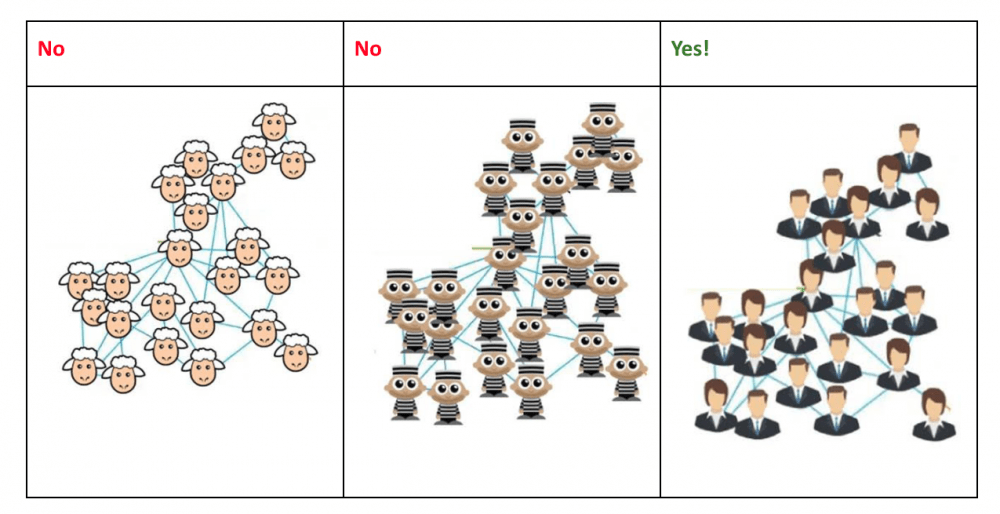 As people analytics professionals, we must…

The above approaches quantify risk, enable data-driven employee decision-making, and empower and engage employees by demonstrating the importance of roles as individuals. While investors and managers won’t ask for this, they’ll certainly listen when presented with the resulting improvements to business outcomes.