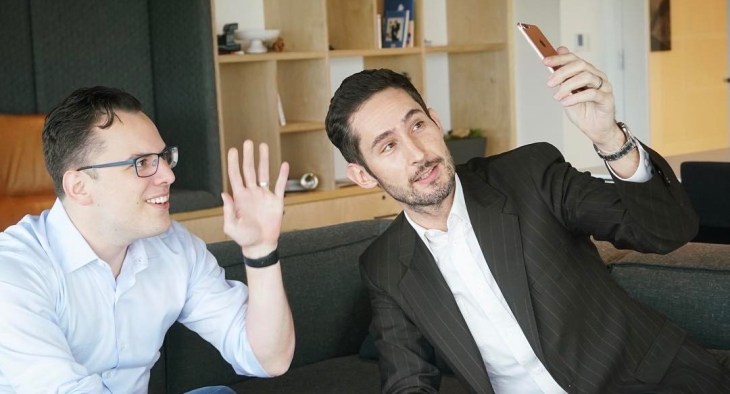 Facebook promised Instagram autonomy, but reduced it over time leading to today’s bombshell revelation. Eight years after launching Instagram and six years after selling it to Facebook, Instagram co-founders CEO Kevin Systrom and CTO Mike Krieger are leaving the company, according to The New York Times. The founders apparently did not give a reason for their departure when they informed the company today that they’re resigning and that they’ll depart in the next few weeks.

But according to TechCrunch’s sources, tension had mounted this year between Instagram and Facebook’s leadership regarding Instagram’s autonomy. Facebook had agreed to let it run independently as part of the acquisition deal. But in May, Instagram’s beloved VP of Product Kevin Weil moved to Facebook’s new blockchain team and was replaced by former VP of Facebook News Feed Adam Mosseri – a member of Zuckerberg’s inner circle. 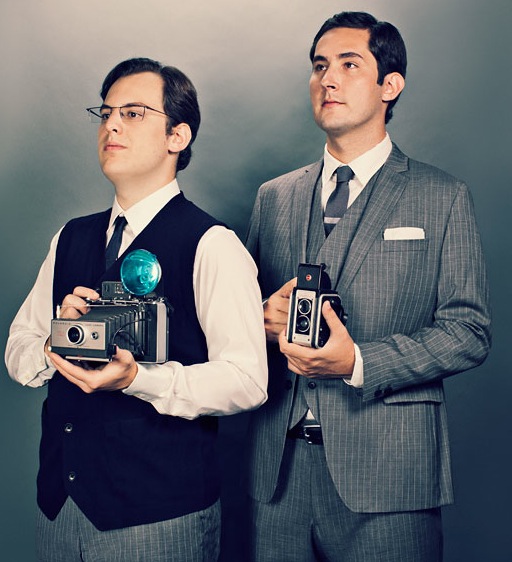 “Adam is a very strong-willed individual” said a source, and “Chris [Cox, Facebook’s Chief Product Officer] and Kevin never really got along.” Between the two, they could pressure Instagram to do more for Facebook – which was important given the impact of scandals and dwindling teen usage on Facebook’s brand. “When Chris started taking initiative and with Adam as more of the old-school in-crowd of Facebook, it was clear that it wasn’t going to be pleasant. I saw that this guy [Systrom] is gonna get squeezed.” However, another source said Mosseri was well-received and productive since moving to Instagram in the middle of the year, and Cox has been cooperative with Systrom. Both are said to remain popular inside the company.

Systrom and Facebook CEO Mark Zuckerberg historically got along, but they had occasional diverging opinions. A source said that a few times a year they’d clash before resolving things. Those clashes included “Sharing back to Facebook. Kevin wanted to keep the sharing on Instagram but at some point Mark wanted content production on Instagram to flow to Facebook. But things got more heated lately. “Recently Mark decided to pull all of the links to Instagram from Facebook.”

The evidence of that standoff can be seen in Facebook, which last year confirmed it was adding a shortcut to Instagram to its bookmarks menu. That shortcut has since disappeared. This year, some Instagram users started getting both Facebook alerts inside their Instagram notifications tab, and seeing a Facebook button with red notification counts inside Instagram’s settings menu.

The stress imposed by Facebook also manifested in other departures. Earlier this year, Instagram’s director of public policy Nicole Jackson Colaco quietly departed the company, according to a source She’d served in the role since 2013 and as a Facebook privacy manager since 2009. Despite still listing herself as employed at Instagam on LinkedIn, Colaco subtly confirmed her departure by commenting on Krieger’s departure post that “IG was the best place I’ve ever worked”. Instagram’s AR/Camera product lead Keith Peiris left for Glossier earlier this year as wel.

And two weeks ago, Instagram’s COO Marne Levine who was known as a strong unifying force, went back to lead partnerships at Facebook. Without an immediate replacement named, Instagram started to look more like just a product division within Facebook. And without them, and with Facebook’s other top liutenants all under order, it’s unclear who’d be fit to lead Instagram other than Zuckerberg loyalist Mosseri.

Our source says that “Mosseri was very disappointed that he didn’t get the ‘head of Facebook’ gig which went to Will Cathcart. VP Of Product at Instagram was kind of a consolation prize.” But they say his assignment to Instagram VP was Zuckerberg doing “succession planning for Kevin and Mike. Mark is a brilliant strategist and of course he’s going to want to install someone.

Despite rumors about a potential departure, Instagram staffers were surprised and saddened to hear Systrom would leave. “Kevin left some big shoes to fill” a source says. “There’s some internal skepticism about whether Adam can fill the role.” However, overseeing Facebook’s anti-fake news changes since the 2016 election has likely taught Mosseri a ton about predicting consequences – a valuable skill to bring to Instagram as its influence on culture eclipses Facebook’s. I think he’d do fine.

After growing the app to 1 billion users, conquering its archrival Snapchat, turning it into a massive advertising business, Instagram’s founders may feel that they’ve done their duty and are ready to tackle different challenges. And rather than fight through Facebook’s impositions, they’d rather go build something new.

In a statement (and Instagram post), Systrom and Krieger wrote that “We’re planning on taking some time off to explore our curiosity and creativity again. Building new things requires that we step back, understand what inspires us and match that with what the world needs; that’s what we plan to do.” Zuckerberg gave his own statement to TechCrunch, stating “Kevin and Mike are extraordinary product leaders and Instagram reflects their combined creative talents. I’ve learned a lot working with them for the past six years and have really enjoyed it. I wish them all the best and I’m looking forward to seeing what they build next.”

The pair, former Stanford classmates, originally built a social location app Burbn but discovered its photo filters were by far the most popular part of the app. By combining tools to make grainy photos from early smartphone look good with a social feed for sharing them, Instagram became perhaps the world’s most succesful mobile app. Deemed such a threat, Facebook spent $715 million to acquire the startup and its less-than 50 million monthly users.

The moment of truth for Instagram came in late 2016 with the launch of Stories, a clone of Snapchat’s trendy ephemeral sharing feature. At the time, Systrom admitted “they deserve all the credit”. But by jamming Stories atop the already-thriving Instagram feed, sorting them to show your best friends first unlike Snapchat, and focusing on performance in developing countries Snap neglected, the copycat soon surpassed the original. Instagram Stories now has 400 million daily users compared to 188 million on Snapchat’s whole app.

During those six years, Instagram also had its share of troubles. Cyberbully became rampant, leading the company to eventually invest heavily in artificial intelligence and human moderators to keep the app clean. Russian military operatives spread misinformation and propaganda on Instagram that reached 20 million Americans, implicating the company in an election interference scandal that will continue through the upcoming mid-term elections.

Facebook has gradually moved to exert more control over all of its acquistions. Chris Daniels, head of Internet.org, was moved to oversee WhatsApp. And Oculus was moved under the purview of Facebook’s head of hardware Andrew “Boz” Bosworth, another long-time confidant and Harvard classmate of Zuckerberg. Together, the moves seemed to endanger the independence of the conglomerate’s biggest acquisitions by appointing Facebook loyalists at the top. Without Systrom and Krieger, Instagram could see its autonomy dwindle. That might in turn endanger its ability to recruity retain talent.

Perhaps the strongest legacy of Systrom and Krieger will be how Instagram changed global culture. It made non-artists feel creative, and let people give friends a window into their world, engendering empathy and friendship.

At the same time, a desperate lust for Likes led many people to manicure their online image while hiding their sorrows and vulnerabilities. Instagram became the premier venue for success theater, where people engender health-harming envy in others by showing off just their most glamorous moments. And when Instagram launched Stories to try to get users to share more than just their life highlights, it ended up normalizing the behavior of interrupting every special moment with their smartphone camera.

Systrom took a stand on the digital well-being issue, saying “We’re building tools that will help the IG community know more about the time they spend on Instagram – any time should be positive and intentional . . . Understanding how time online impacts people is important, and it’s the responsibility of all companies to be honest about this. We want to be part of the solution. I take that responsibility seriously.”

Perhaps Systrom and Krieger’s next project will seek to offset some of the distortions to society caused by their creation. Or they could take another shot and bringing people together through the lens of art and self-expression. Instagram rose to dominance in part because they stuck around to keep its culture and product distinct from the company that bought it. Like their app encourages, Systrom and Krieger saw the potential for art where no one else did.

This article has been updated with context from sources regarding why the founders are leaving, and with their official statement.