We looked at the most popular Christmas campaign of this year – and what were considered to be the worst ones of all time – and decided to neurotest their performance. There was one surprising aspect that was common throughout all of the best performing campaigns – and a few learnings came out of the least successful ones. 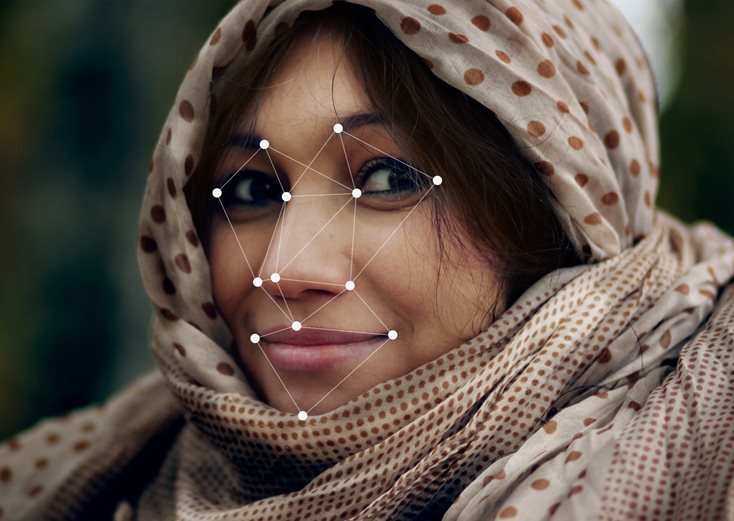 At Lab we have a deliciously insatiable desire to find the answer to a (seemingly) simple question: Why do people do what they do?

This question branches out into many smaller ones, such as Why do people hesitate to take the last mince pie? Why do parents believe their children are better than any other children? Why do we really buy things?

Although these are all interesting questions which equally keep me up at night, let’s set them aside for another time. The question for here and now in glorious December and so close to the even more glorious Regent street Christmas lights is, how do Christmas campaigns make us so damn emotional?

So I put on my neuromarketer hat and delved deep into what were considered by various publications (The Drum, Campaign etc.) to be the best Christmas campaigns of 2017: those released by Heathrow, M&S, Tesco, Waitrose and of course, the infamous tear-jerker, John Lewis.

Our neurotesting process involves three crucial elements; and although we won’t share the secret sauce with you, we’ll give you a little teaser taste… Using facial coding, eye tracking and GSR (Galvanic Skin Response – the same system used in lie detection tests) we are able to measure the level and value of engagement evoked in viewers by various types of content.

Taking a sample batch consisting of 10 of our lovely coworkers, we were now a step closer to finding out the correlation between symbols and codes used in Christmas campaigns and levels of positive (or negative) emotional engagement. Let’s dive in…

The ad shows two adorable bears meeting at the airport, their relationship evolving through time as they grow older and have kids and then nephews. The anthropomorphisation (human-like appearance) of the bears clearly spikes our empathy levels, and the music seems to be perfectly chosen: heartwarming yet upbeat. But now for the science…

Emotional engagement is high all throughout the ad, fluctuating greatly – suggesting that the viewers were captivated by the imagery and the narrative of the campaign. Positive emotional engagement consistently and repeatedly peaked at the highly relatable moment when the two bears meet at the arrivals gate (a highly emotional experience we have all gone through). This moment masterfully coincides with a climax in the music, of course.

If you were mindful of your feelings when watching the ad, you probably singled this scene out: when the bear arrives at the airport but doesn’t see his family straight away, there is a natural syncope in the music and the narrative, the viewer sensing that something might go wrong… But this tense moment is immediately followed by a tempo and intensity increase in the music and the oh-so gratifying image of mama bear & baby bears we are now so emotionally invested in. Well played, Heathrow. Well played.

The adventures of the ultra-English M&S bear

And yet more anthropomorphic bears – oh, it must be Christmas…

The Marks & Spencer ad this year was quite a strange one. I’m not just being biased here, although I do harbour a strangely strong antipathy for that bear…. The data clearly shows a high amount negative emotional engagement peaks, and I don’t think it’s a pure coincidence that they all coincide with the bear speaking – clearly indicating that I’m not alone in this. Perhaps he was not the most lovable character?

Positive engagement peaked at moments of adrenaline and adventure, as well as at the moment of identification with the child watching the story unfolding on his phone. Positive engagement spiked at the end as well, when the M&S logo and tagline, Spend it well, were shown. This leads us to believe that brand recognition and its association with positive experiences in the past sparked this reaction.

“Let’s just throw relatable stuff at them…” hosted by Tesco

If there are any Scrooges out there, show them this ad… Tesco brought out the big boy guns this year, dropping pervasive cliche Christmas messaging in favour of relatability. Pretending that everything is perfect in front of family, dosing off on the couch and adorably (or not-so-adorably) loud children – these are those small moments that put together create the atmosphere of Christmas. The line ‘Oh, go on then!’ seems to be the masterful final brushstroke on a canvas vibrating with Christmas spirit.

From a neuro point of view, positive engagement spiked as this cheeky man had a sneaky bite of the roast – indeed a very relatable moment. Surprisingly, negative emotion peaked when the turkey was being served – are people undercover vegans? More realistically, perhaps the imagery of the knife glistening in the light was a little bit too reminiscent of Hitchcock…

The emotional engagement of year’s Waitrose Christmas campaign was about as flat as Donald Trump’s jokes. (Yes, I went there.) From beginning to end, the 90-second short film just screams mediocrity. The colours are black and white, the characters lack personality and the vibe just seems to be off the whole way through. And the test results reflect this.

The only two moments when engagement was not average were the very beginning and end of the ad – and even then, it was because the ad evoked a negative response. Starting with the not-so-positive image of travellers slipping and ploughing through snow in what seems to be bitter cold (intensified by the wind sound effects) and ending with a symphony of awkwardness and facial confusion (that triggered strong ‘contempt’ in our respondents), it is no wonder that our Labsters were unimpressed.

The choice to show the whole ad in black and white is strange from a neuromarketing point of view, since we know that taking colours away also robs the footage of warmth and human emotion. Putting a grey filter over everything – including food – seems to lower the engagement levels in respondents. As Peter O’Hea so masterfully remarked in the YouTube comment section…

Are we desensitised to the John Lewis formula?

Now this is the part that got me really confused. As objective as I tried to be, I still couldn’t help but expect the John Lewis advert to absolutely shine. I imagined the positive engagement levels off the scale – but this is not what happened. At all.

In fact, John Lewis’ Christmas campaign was the worst one of the bunch. And that is saying something, considering that we also neurotested some of the worst Christmas campaigns of all time (which we left to the end of this riveting article to surprise you).

The positive engagement level was really only by any measure high when the child and monster first show friendliness to each other in the beginning of the ad. And yes – that is pretty much it. Not much negative engagement, just a lacklustre reaction. Strange, considering I shamelessly cried the first time I saw it.

Okay, but what about the ‘worst’ ads of all time?

Just to make this even more fun for myself, I threw in the mix some of what are considered to be the worst Christmas campaigns of all time. And my oh my, was the research exciting…

After careful consideration of lists from various publications by yours truly, I have reached my final list of the absolute worst 5 campaigns that have ever been created. But as is almost always the case with neurotesting content, the results brought to light aspects that were equally shocking and thought-provoking… Maybe this has something to do with the fact that neurotesting is essentially a glimpse into the human psyche – and this is always bound to bring surprise.

So without further ado, here are the worst campaigns of all time.

Asda’s sexist triumphal march from 2012 is unforgettable – depicting all the things that can go wrong with Christmas, the 106-second campaign is jam-packed with annoying little moments: detangling the fairy lights and other such odysseys. Negative engagement seems to raise for the most annoying moments depicted, and undeniably peaks when the hard-working protagonist lady is asked by her husband, ‘What’s for tea, love?’ Needless to say, pointing out all the relatable horrible moments of Christmas isn’t the best way to get your audience to warm up to your brand. At least they got the ‘relatable’ part right.

KFC’s negativity-infused musical from 2013 seems to have fallen down the same pitfall as Asda. Yes, it’s true that people pretend to be nice to each other at Christmas. Indeed, it’s quite stressful to have the whole family together. But associating all of these ugly truths with your brand – and what’s more, in the style of a fourth-wall breaking Broadway musical – is not going to sell any chicken. (Yeah, I’ll add that to the list of sentences I never thought I’d write…) People might be getting tired of faux-funny musical-style content – and this is clearly shown in the neurotest results: the instant the singing commenced, negative engagement went through the roof.

Tesco’s mentally exhausting Spice Girls reunion. Although the idea behind it seems quite good, the execution was a bit lacklustre. Looking at the neurotesting results, the science seems to back our general feelings about it. The more the girls were talking, the more negative engagement was triggered. In terms of negative engagement, it seemed to peak with Victoria’s line ‘I want lobster.’ I’ll let you draw the conclusions from that one.

Walmart’s… Yodeling Cat?Now this really interesting. Although this is arguably one of the strangest ads I have ever beheld, positive engagement is high throughout. Quite predictably in fact, negative engagement escalates toward the end of the ad, as the cat’s pitch gets higher and the tune more annoying. Surprisingly, this video has achieved the highest positive engagement out of the batch… This is a mixture of the ‘element of surprise’ (since no-one really expected to see a yodeling cat that has a human mouth) and the funny meme-like nature of the video.

Mr Kipling – ‘IT’S A GIRL’ Quite a controversial one, the Mr Kipling ‘nativity’ scene is an absolute joyride from beginning to end. Opinions range from ‘best ad ever’ to ‘absolutely offensive’ – but believe it or not, the neuro says it is the second to best performing ad we have tested. (Shocker, considering that we tested for the fun of it…) Positive engagement consistently builds & peaks with moments of identification with people in the public being just as shocked by what they are seeing as the viewer of the ad. We really enjoy seeing people’s reactions, it seems.

And now, for the riveting charts & conclusions…

The best performing ad is Walmart, followed by Mr. Kipling and then Heathrow. The worst one is John Lewis (wow), then KFC and then Waitrose. Based on the neurotesting results, which allow us to connect where the viewer is looking, how engaged they are and what emotions they are going through, we can correlate all of these different aspects and draw one singular common denominator through all of the successful pieces of content:

Relatable elements cut through the noise of communication and establish a strong emotional connection with the viewer. Also, don’t be afraid to create content that stands out and is conceptually loud.

And now we’ll leave you with Charlotte’s riveting reaction to the Mr Kipling ad….