It’s 2018 – why do you still have servers in a data center? Why aren’t you using the cloud for everything? Software-as-a-Service (SaaS) for services your back office needs to use, and Infrastructure-as-a-Service (IaaS) for all the servers and services that you need to run yourself?

For many organizations, the stated answer to these questions is some combination of:

The key business benefit of moving to the cloud is giving focus, speed, and agility to the business. Moving the cloud – if done properly – allows businesses to stop having to staff or run functions of the business that have become unnecessary. 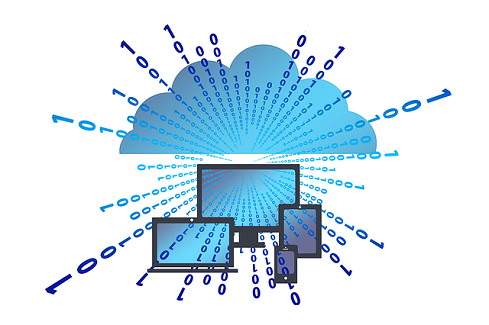 The best place to see this is with SaaS, and perhaps best with one of the leaders in SaaS, Salesforce.com. There’s a reason why the majority of sales leaders choose Salesforce (and its other SaaS competitors), and no longer use installed software like Act! It allows sales leaders and their staff to work directly with a company (Salesforce.com) that is expert at onboarding and supporting them at their core jobs. This is far superior to having in-house staff trying to support software like Act! (which they didn’t write and don’t know all that well), as well as handling installs, upgrades, etc.

IaaS, if done properly, allows organizations to do the same type of elimination of particular functions: hardware purchasing and installation (including capacity planning), operating system installation, and ongoing hardware maintenance, to name some main items. Further advances in IaaS – such as containers and serverless architectures – allow further shifting to IaaS vendors, including operating system configuration, software patching, and scaling applications. It was possible for a single front-end developer (no back-end developers! No operations staff!) to build an application in eight hours that supported millions of simultaneous users . Imagine what’s possible now, four years later!

So let’s walk through those three oft-cited reasons for not already being in the cloud, and talk through what they really mean.

This is the most common reason I hear for not moving to the cloud, perhaps because it is very broad. Sometimes the risk is around “security” – generally around what “our clients” expect from us in terms of security. Sometimes it is around a concern that the particular operating systems and software versions necessary to run the application are older/different from what would be used in IaaS. Sometimes it is because the original systems were built by different people, and the current staff doesn’t understand them well enough to feel really confident that they can be moved without breaking them and having unknown amounts of down time. And, sometimes it really means, “we don’t have enough time to properly research and understand this with everything else we are being asked to do.”

[Joe Emison recently authored the 2018 State of the Cloud special report, drawing on research conducted by Interop ITX and InformationWeek. At Interop ITX in Las Vegas on May 2, he will be presenting a conference session How I Learned to Love Polyglot Systems (and Stopped Rebuilding Things from Scratch).]

If you are in this situation, the good news is that containers may very well help you solve these problems. If you have previously looked at IaaS and found the VM-based environments to be too different from your current environment, the more limited scope of containers should be able to help. And, you can migrate to containers in your current environment, and then migrate the containers. Every major cloud vendor has helped many customers in exactly the same place as you, and if you haven’t looked recently at their latest and greatest tooling to help migrate, you should take another look.

To go back to the Act! analogy: Imagine an organization that uses Salesforce.com the same way it might have used Act! – every user would have their account that is disconnected from all other users; all users would have to go to internal resources first to get set up with Salesforce and whenever there’s an update available. This organization would be failing to execute properly.

In order for an organization to move to the cloud properly, it has to make its post-cloud org chart, with its post-cloud execution strategy. The cloud should enable rapid and frequent application deployments, which should increase feedback loops with customers. The cloud should enable the organization’s own employees to be focusing on business-specific problems, instead of doing undifferentiated heavy lifting around computer infrastructure.

An organization that understands how the cloud will make it better will have more than enough money to pay for the migration period (in which the organization will be running two infrastructures simultaneously), to handle the move from CapEx to OpEx, to hire the right consultants, and to compensate its employees (both current and new) properly. An organization that doesn’t understand may never be able to make the move, and will instead likely be crushed by a competitor that did.

Joe Emison is a serial technical cofounder, most recently with BuildFax, the nation’s premier aggregator and supplier of property condition information to insurers, appraisers, and real estate agents. After BuildFax was acquired by DMGT, Joe worked with DMGT’s portfolio … View Full Bio