Telepresence robots tend to be underwhelming. They’re expensive, for one, and not exceptionally user-friendly. And most aren’t intelligent, by any stretch of the imagination.

Temi is the rare exception. 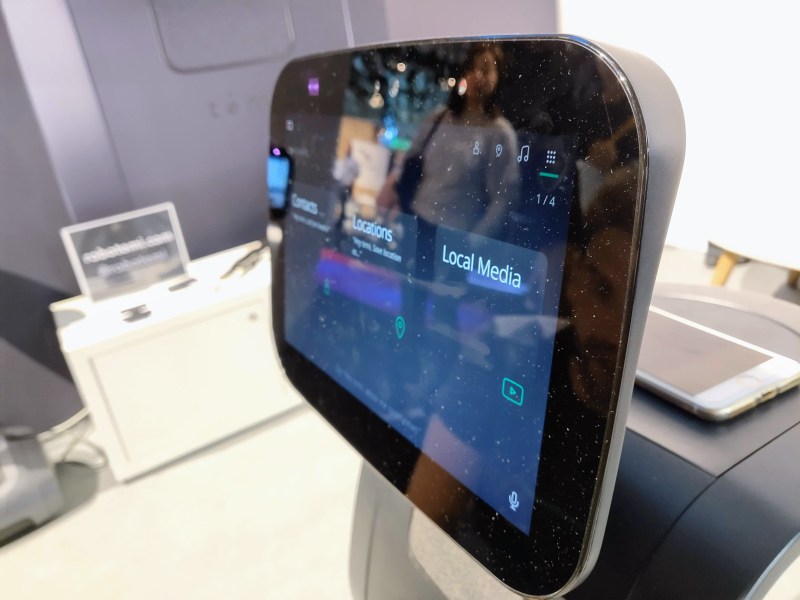 “There are some Kickstarter home robot projects that had the right idea, but that didn’t turn out to be really usable,” Wolf said. “Our idea with Temi was to make it as indispensable as a smartphone. After a while, we want people to think to themselves: How could I do without it?”

To that end, Temi’s controlled in one of two ways: with a smartphone app or through voice recognition. The former lets folks dialing in speak through Temi’s color display and 20-watt Harman Kardon speakers, an experience that’s not unlike FaceTime on iOS. The latter – powered by a homegrown assistant that currently supports English and Chinese – lets users within the robot’s earshot instruct it to play music, pull up a YouTube video, search for restaurants, or get a weather forecast for the week ahead.

Temi’s real intelligence comes from its sensor fusion, Wolf said. Leveraging the aforementioned depth sensors, proximity sensors, and lidar, it explores its surroundings and forms a 2D map in time coming to “remember” particular locations. During video conferences, its cameras lock onto faces and adjust the screen’s tilt as needed. The system’s even robust enough to follow a person through a room (it tracks their legs) and carefully avoid obstacles, such as furniture, pets, and forgotten piles of laundry. 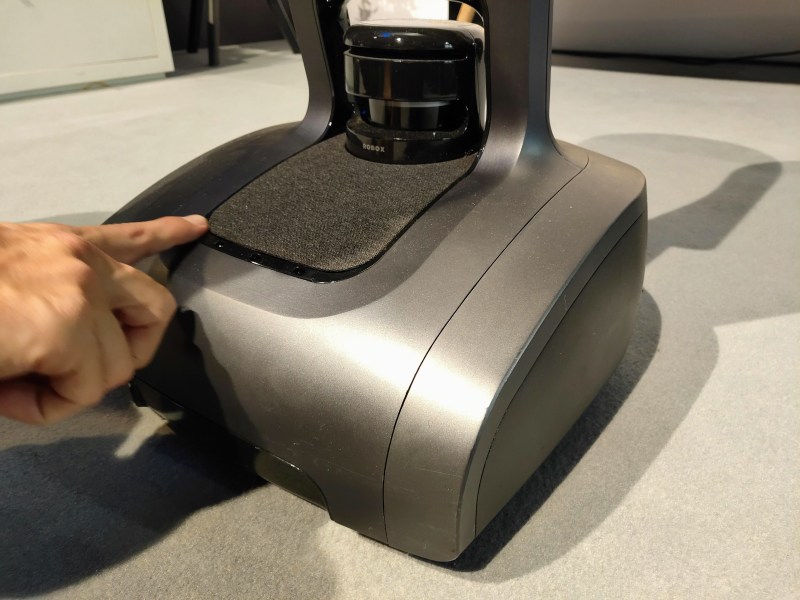 On the software side of things, Temi supports virtually any Android app via a software development kit. Eventually, it’ll integrate more closely with Temi’s companion smartphone app – the team’s working on an “activity history” timeline that shows past video sessions and voice search results, and a feature that lets video chat participants tap on a person to have Temi follow them around.

Temi is something of a pivot for Roboteam, which for eight years developed all-terrain robotic systems for military deployments that perform reconnaissance, disarm explosives, and traverse unforgiving terrain. It’s a lucrative business – Temi’s defense contracts have generated over $100 million in revenue. But the way cofounder and CEO Yossi Wolf tells it, a consumer robot was always the endgame.

“I’m an ’80s kid. I grew up dreaming of robots,” Wolf said, “like in the Jetsons. It’s always been a desire of mine to make robots for the consumer and home space.” 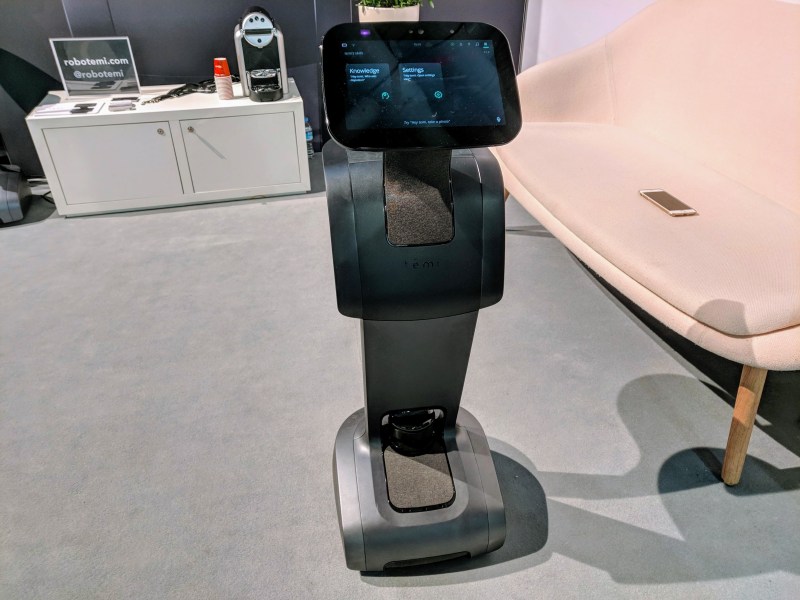 Work kicked off three years ago with a $50 million investment from FengHe Investment Group (along with Alibaba chief technology officer John Wu) and a 65-person team of engineers, 15 of whom oversaw the assembly of early prototypes in China.

Temi wasn’t always floor-bound. It started as a wearable system for the elderly, but the team quickly realized that it might cause users to trip and fall. “Sixty percent of elderly people fall while they’re carrying objects,” Wolf said.

So the team went back to the drawing board, eventually settling on a design that, in Wolf’s words, is “intuitive enough for kids and grandmas.”

“We did all of the development … to make the hardware better and more affordable,” Wolf said. That includes Temi’s ARM-based PCB and lidar sensors that the team’s producing for around $300 apiece. (For point of reference, a lidar sensor from Velodyne runs $4,000.)

Temi will start at $1,500 – less than a typical MacBook, Wolf pointed out – when it goes on sale later this year. Roboteam plans to ramp production up to as many as 30,000 units a month by December, when preorders are expected to begin shipping.

The barriers to market are considerable. Bosch subsidiary Mayfield Robotics just this month put the kibosh on Kuri. LG’s CLOi home assistant suffered an embarrassing failure on stage at the 2018 Consumer Electronics Show. And a family-run Scottish grocery chain pulled SoftBank’s Pepper from stores after it struggled with customers’ dialects.

But those challenges haven’t discouraged investors, who in 2015 and 2016 committed close to $900 million to industrial and personal robotics startups, according to CrunchBase. That’s up from $450 million in 2014.

“We’re confident in Temi,” Wolf said. “It’s not like anything else out there.”