The future of IoT and 5G networking isn’t something that “will happen” in the coming years. To some extent, it’s already here, setting the stage for further growth.

The concept of an Internet of Things (IoT) sounds futuristic, conjuring an image of a vast network of connected devices that are actively monitoring the world to give us much greater control over almost everything.

But the reality is that the IoT is already here.

According to Gartner, there are currently more than 8 billion individual devices connected through the Internet. This is more than twice the number of people online (about 3.7 billion), and more than the total global population (7.5 billion).

What are all these connected things? If you use a Fitbit or other activity tracker, you are wearing an IoT device. There are millions of people walking around with pacemakers that monitor the health of both the user and the device itself (the first Internet-connected pacemaker was implanted in 2009). If you walk down the street in almost any city, you will encounter traffic lights and streetlights as well as a myriad of surveillance cameras that are linked electronically. Many farms, factories and office buildings have been equipped with online sensors that make them more efficient. Even in our homes, IoT devices like smart utility meters, smart thermostats and intelligent alarm systems are increasingly common.

What is interesting about this trend is how unobtrusive it is because these connected sensors are invisibly embedded in so many familiar devices.

And this is just the beginning. Estimates for the number of IoT devices in use by 2020 range from 16 billion (BI Intelligence) to 30 billion (IHS Markit), with some (Huawei) predicting that 100 billion connected devices will be in place in the not-too-distant future.

Sensors everywhere
When the IoT begins to reach maturity, sensors will be almost everywhere: woven into our clothing, distributed throughout our homes, embedded in power and utility systems, and installed in self-driving cars.

It is also likely that we will begin to see autonomous robots appearing around us, even if they are not quite as charming or human-like as C-3PO.

To emphasize the potential ubiquity of the IoT, Cisco refers to “the Internet of Everything.” But if everything is going to be online, how will it all be connected? To add to the challenge, not only will there be an enormous number of things to connect, they will have an extremely wide range of connectivity needs: some (like self-driving cars) will be highly sophisticated systems that need to rapidly transmit and receive very large amounts of data with high reliability and minimal delay, while others will be simple, cheap, low-powered sensors that will send small bits of data on an occasional basis (for example, an almond tree in an orchard that only needs to emit a short “beep” when it needs water).

No current network has the capacity to support this cornucopia of devices. An entirely new network infrastructure will be needed to realize the full potential of the IoT.

The role of 5G
Fortunately, the next generation of wireless networks – 5G – will provide the capacity to connect a vast number of devices. And the flexibility to support a wide range of machine-to-machine communications needs is one of the foundations of 5G architecture.

At one extreme, 5G will support bandwidth-intensive applications like streaming high-definition video. It will also provide the very low latency needed for demanding uses like interactive online gaming, videoconferencing or remote surgery. At the other extreme, 5G will incorporate a new standard, NB-IoT (Narrowband IoT), that is intended to support very large numbers of low-powered, low-bandwidth devices.

This versatility is one of 5G’s most distinctive characteristics. 5G will create a seamless fabric of connectivity that will link both people and things (including living things like cows and grape vines).It will also provide connections to cloud-based resources for storage and processing of the vast amounts of data that all these sensors will generate.

In fact, what will matter the most about the IoT is not the devices themselves, but rather the analytics that will make sense of the data, identifying problems needing to be solved, finding opportunities to improve operational efficiencies, and spotting previously unseen patterns.

The path to 5G

The 5G standard is still being specified by the International Telecommunication Union (ITU), but a good deal of activity is already underway around the world to develop and test this technology in preparation for a full-scale launch in 2020 when the standard is completed.

This is certainly true in the U.S. where wireless carriers are “densifying” their networks, seeking additional bandwidth and conducting 5G trials in several cities. We’re also seeing movement toward a policy environment that creates a more streamlined approach to network infrastructure that encourages investment.

This effort is taking place on a several fronts. First, forward-looking cities are forming public-private partnerships that will deliver the investments and collaboration needed to take advantage of smart technologies.

Second, regulators and lawmakers at the state and federal levels are championing initiatives to reduce bureaucratic hurdles and ensure efficiency and timeliness around the deployment of 5G infrastructure.

These recent efforts are encouraging signs that the U.S. is determined to keep its edge as a global leader with these key technologies.

The future of IoT and 5G isn’t something that “will happen” in the coming years. To some extent, it’s already here, setting the stage for further growth. This new wave of innovation is a big deal, and consumers and policymakers alike should take note of what’s at stake. 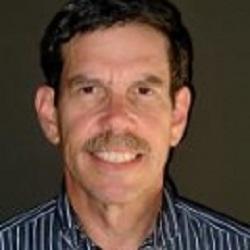 Richard Adler is a noted futurist and distinguished fellow at the Institute for the Future in Palo Alto, CA. He has spent more than two decades tracking key technological, demographic, and economic trends and exploring their implications for companies, organizations and society.