Enterprises can learn from the infrastructure being built up to support the growing cloud gaming market.

Imagine maintaining a network that streams data accessed simultaneously by droves of users around the globe who always require low latency, particularly during peak demand. That is the kind of reliability most organizations strive for, especially as they make the move to the cloud. It is also a solid reason to examine how the burgeoning cloud gaming market builds and maintains systems to serve clients across vast geography and time zones.

Experts from IBM Esports and data center service provider Interxion talk about the ingredients that support cloud gaming and what enterprises can learn from such use cases.

Online gaming has been around for decades, but this fall both Google and Microsoft are expected to launch cloud gaming-specific efforts. It could be the start of a sea change away from gamers using powerful computers or consoles at home to streaming games to smartphones and tablets anywhere, at any time. In other words, gaming faces transformation comparable to enterprises migrating from on premise to the cloud — with a vocal audience that despises lag. 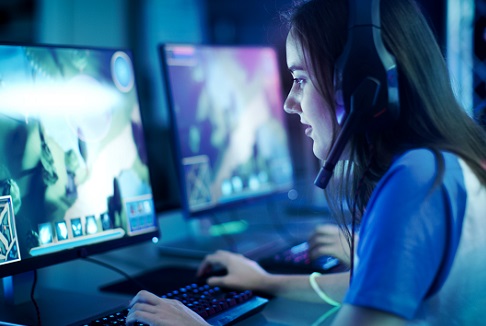 Competition for the cloud gaming market escalated when Google’s Stadia and Microsoft’s xCloud services were put on display at this month’s Electronic Entertainment Expo (E3). Both companies are poised to enter a sector that Sony already dove into with its PlayStation Now service. The difference is Stadia and xCloud would not require a console or PC to access and play games, which PlayStation Now does. Some have called it the race to become the Netflix of gaming, but there is far more interaction and responsiveness needed to serve the gaming audience. Gaming services need networks that can react to spikes in usage and process input from a flood of end users in real-time. That can be a daunting task whether it is for enterprises computing mountains of data or gaming services that want to satisfy their audience.

The giants of cloud already have an advantage in cloud gaming because of their established infrastructure, says Bryan Hill, director of marketing and business development for digital Media at Interxion, a provider of colocation data center services. “If you look at a big cloud player, they have distributed infrastructure across the globe,” he says. “Their business and consumer cloud offerings require that they put infrastructure in colocation facilities distributed close to end users and businesses.”

That is particularly true when it comes to needing proximity to high-density populations, he says. “Ultimately, distance combined with speed of light equals latency,” Hill says. He also says latency is partly affected by the density of connectivity, which is a mixture of broadband Internet service providers and the Internet exchange points that optimize connections to end users.

Cloud gaming companies aim for latency of 20 to 25 milliseconds RTD (round-trip delay) to the end users for hardcore gamers, Hill says. Depending on the game, latency of 70 to 90 milliseconds might be tolerable. As important as reducing latency is, network stability to prevent packet loss may be even more essential, he says. If an input from an end user is lost in transit to the data center, it can adversely affect outcomes within the game. Targets might not appear, or shots can be missed if packet loss occurs. “This is why cloud gaming companies choose colocation providers that have a large number of connectivity options.” Hill says.

Other businesses in the gaming world are making moves into cloud gaming, he says. Publishers such as Electronic Arts and Activision Blizzard have expressed a desire to double down on their existing game franchises by extending them to mobile games, which allows them to use intellectual property that is already available. It also speaks to the trend toward mobile sweeping many other industries. “Gamers are looking for more portability,” Hill says. 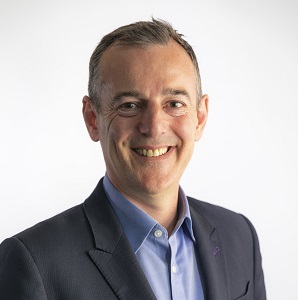 The cloud gaming market is still in its early days, Hill says, with more evolution to come. There have already been some casualties along the way. “A few years ago, OnLive tried it and failed,” he says. Cloud gaming streaming service OnLive had early backers that included Warner Bros. and AT&T, but it struggled to make money and collapsed into insolvency. Sony acquired patents and assets from OnLive and the service shut down in 2015.

In order for this space to really take off there will be a need for further advancements in infrastructure, Hill says. At the moment, connectivity limitations remain a hurdle for making high-speed cloud more widespread. “For cloud gaming to truly be en masse, we need ubiquitous fiber to the home,” he says. “That’s not the case in all territories.” The coming of 5G wireless networks, Hill says, could be the key to making cloud gaming work. “It’s going to provide incredible bandwidth, low latency, and edge applications with cloud gaming being one of them,” he says.

There will also be a need for engineers who can architect hardware and the software stack, network builders, and infrastructure teams to build out data centers quickly, Hill says.

The scope of the cloud gaming may scale rapidly, thanks to the already growing interesting in esports. Bill Le Voir-Barry, CTO for IBM Esports, says the competitive electronic sports community goes beyond the players and includes multitudes of observers who watch streams of matches, particularly tournaments and championships. On top of that demand is a desire among publishers and providers to deliver personalized content to fans, use predictive analysis to see who will watch the matches, and gauge the reception of the game. “Those are some of the big asks that publishers and directors of esports look to me for,” says Le Voir-Barry.

Popular game titles such as Fortnite are seeing mobile versions gain traction, he says, which may accelerate momentum for cloud gaming and its infrastructure. “I’ve been working with a number of mobile app esports teams,” Le Voir-Barry says, “helping deliver content and audience data.” Those conversations about mobile gaming include discussions on cloud edge, 5G mobile networks, and Kubernetes to deliver the experience to the edge, he says. 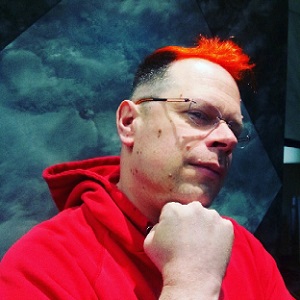 The needs of cloud gaming and esports are similar to enterprises that want flexibility when they use of the cloud. To that end, IBM Cloud is designed be a hybrid, open source environment that lets developers build on one platform and deliver to another, says Le Voir-Barry. “Using Kubernetes, containers, and open source production — we’re helping them tie unique aspects into the gameplay,” he says. That can include using cognitive speech-to-text for players to communicate with each other or a cognitive AI observing gameplay to learn from it.

As cloud gaming publishers release their titles into the wild, they may need to scale up quickly. “What we do to help with that is deliver on containers and Kubernetes to do some automation and scaling out of their environment,” Le Voir-Barry says. That can open the door to hybrid collaborations where a product might be architected to use IBM Cloud, AWS, or Microsoft Azure, he says. “If they want to build something on IBM Cloud and then move it to a partner cloud, that’s fine.”

Finding the right personnel to support the future of cloud gaming may come down to starting technical training very early on. Le Voir-Barry says IBM runs a program called P-TECH (Pathways in Technology Early College High Schools) that offers supplemental education in technology disciplines. The gaming world complements P-TECH and vice versa, he says. As more cities host esports competitions, more jobs could be created for graduates from the program. “The goal is that once the students graduate, they will be able to get hands-on in AI, cloud, and cognitive,” Le Voir-Barry says.

Joao-Pierre S. Ruth has spent his career immersed in business and technology journalism first covering local industries in New Jersey, later as the New York editor for Xconomy delving into the city’s tech startup community, and then as a freelancer for such outlets as … View Full Bio