Sometimes humans talk a good game, but don’t follow through on their promises. Or, it might just be that many of us are well-meaning but unable to achieve a goal because of practical, real-world limitations.

A couple of days per week I receive at least one public relations pitch for an article idea about how to improve diversity in an IT team. Go to any tech conference and it’s a good bet that someone will be preaching the need for inclusive hiring and team building, and those sessions are well attended. It’s been clearly established that diversity/inclusiveness is critical to ensuring that artificial intelligence and machine learning applications aren’t plagued by gender, racial, geographic, or other bias. GIGO — garbage in, garbage out — is as relevant today as it was 30 years ago. 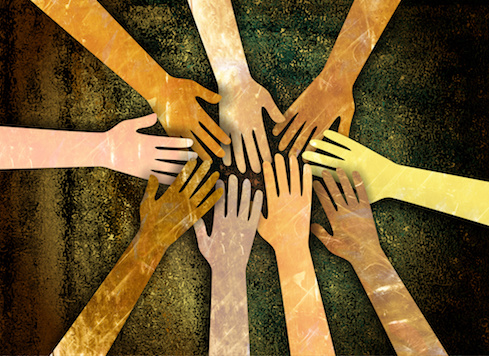 The case for diversity in enterprise IT and in the tech field at large has been made time after time. Experts view diversity as being core to solving challenges such as the tech skills gap and driving innovation.

Yet, while women historically represent 51% of the population, they are outnumbered 4-to-1 by men in STEM (science, technology, engineering and mathematics) jobs. Across tech companies and within the enterprise IT community, the workforces are largely white or Asian. For blacks and Hispanics the tech employment percentages linger in the single digits, which is not representative of the world or even the typical city.

When it comes to CEO positions in tech, it’s almost exclusively a white, male world. Check out a dozen or so “Meet our Team” links on tech websites for confirmation on that point.

For all the talk, you would think that diversity is top of mind in the IT community. No!

In the InformationWeek/Interop 2019 State of IT Report, we surveyed 140 IT executives, and asked them to cite the “three most important concepts related to IT success” in their organization.

A paltry 9% mentioned “diversity”. Only 10% cited “mentorship,” which of course experts often tie to the need to guiding women and minorities to job success. Even “team building” appeared in just 20% of responses.

The most important concept, at 53% of respondents, was “project management”. The responses probably reflect the nature of IT: Get the job done today, and worry about tomorrow next week.

It would be nice to go back to those respondents to probe for the “why” behind the gulf between team diversity and just getting today’s job done, but I think I know. The demands on IT are such that when today’s deadlines are met they will be replaced immediately by new deadlines for new projects that are overdue and under-resourced.

Even where an IT manager would like to add new faces to their team, corporate demands often handcuff them. The leaders in upper management and the boardroom say they seek diversity, but too often they still view IT as a cost center and the department that only has to keep the trains running. That same mindset also imposes limits on the organization’s ability to follow through on pledges about concepts such as digital transformation and innovation.

Diversity ends up as a word lost in the wind.

My concerns about the lack of diversity aren’t about political correctness or numbers-based affirmative action — as I’m sure some would claim — but about doing the right thing. An IT team, or any team for that matter, benefits from having a mix of people from different backgrounds with varied life experiences.

It’s easy to lose sight of the fact that IT, in the end, builds products. The fact that IT’s products aren’t made of steel or plastic doesn’t change the reality that applications are products and services that will be used by a diverse population, whether it is a global consumer audience or internal employees.

A diverse IT team is an asset that can help to drive innovation. Those people of different backgrounds just might have some ideas for new products and services that would be of interest to a broad audience or even a niche sector. Such a team also can provide valuable input in areas such as user experience (UX) or customer experience (CX). Consider the insight that even one team member with a disability can offer on UX and CX.

The wave of interest in AI and machine learning might just be the irresistible force behind diverse staffing. For an AI or ML application to work right the training data needs to be representative of the population that the application will serve. Otherwise the project could end up as a horror story along the lines of the biased facial recognition software that can’t accurately identify dark faces, or the customer incentive software that skews to a suburban male audience.

Those are good business reasons for seeking a diverse workforce. However, there’s an even better reason, and it’s a human reason. The time has come treat people fairly, and that applies to hiring, promotions, compensation, and how we view the people that our work serves. If you’re a manager who believes in the need for diversity but are hamstrung by budget, policy or workload, raise a flag with upper management. Hold them accountable for their own promises.

Jim Connolly is a versatile and experienced technology journalist who has reported on IT trends for more than two decades. As editorial director of InformationWeek and Network Computing, he oversees the day-to-day planning and editing on the site. Most recently he was editor … View Full Bio