CIOs and IT organizations will take a more central role in all of business in a few years. Here’s what you can expect.

Will your CIO still have the same job in 3 years? Will you? According to a new report, only one in five of today’s CIOs will be prepared for the changes essential to business survival in the years ahead.

As businesses have faced a change-or-die threat from digital native competitors, IT organizations are now at the center of that existential crisis. Businesses need to use technology as a competitive advantage, and they need to do it faster than they ever have implemented major change. How IT responds to this new series of challenges will determine not just the future of the IT department, but the future of the business as a whole. 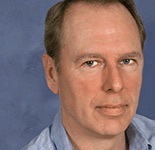 That’s according to Forrester Research’s The Future of IT report released this week, which paints a picture of a new kind of “immersive IT” that will “demand an environment in which the boundaries between IT and the overall business fade, with much more powerful and fluid IT capabilities becoming immersed in the very core of the business.” 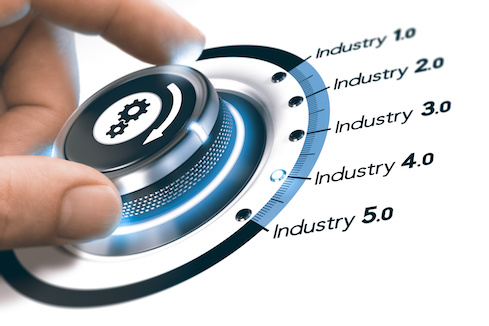 Le Clair said different industries and businesses would proceed along a different time line for these changes with advanced technology companies such as Google, Facebook, or Amazon already working this way. Other companies may take five years or more. But the average enterprise organization will face this IT future in about three years, according to Le Clair.

Forrester said that there are five signals to watch for as we enter the age of immersive IT becoming a reality. They are the following:

Boards and CEOs will look beyond financials to value IT

To make this happen, there likely will be some turnover in the membership of corporate boards, making room for new members.

“Expect a shakeup in the board makeup to get there, with a bias toward digitally savvy change leaders experienced in navigating the ambiguous and pushing beyond the horizon to set the leadership bar at its highest point,” Forrester said in its report. The new leaders will understand how to use technology for strategic advantage and value. Le Clair said that CIOs that understand this strategic technology may find opportunities to serve on boards themselves.

Forrester notes that most companies are already increasing the frequency of their budget cycles and moving to quarterly reviews and adjustments based on shifting needs. That shift will continue, and more organizations will “embrace more flexible funding, with fluid teams bidding for funds without rigid definitions of functional budgets.”

The bane of the IT organization for years and years, that unapproved spending on technology by line-of-business organizations will disappear. That’s because you won’t be able to tell the difference between the IT people and the line-of-business people. Forrester said, “Business leaders will move into an immersive, team-driven partnership with IT as the underlying technology becomes inseparable from the offering, experience, and financial performance.” Forrester says you will be able to tell when this happens because you won’t be able to easily recognize which person is from IT and which person isn’t. They are both on the same team working towards the same goals.

As technology becomes central to the business, the job of CIO has also grown in importance. “No longer a support function and now the creator of customer value and strategic advantage, the CIO will become a central figure in what the company is and does, as well as how well it fares in a hyper-digital world.” Forrester says the role will be part venture capitalist, part architect, and part orchestrator. That expansion of the job is why Forrester estimates just 20% of today’s CIOs are ready for the changes.

“But there’s a stronger and much more needed role for this innovation which requires IT’s immersion in this different way of looking at things,” he said. This change in attitude will precede a change in behavior. “The first step is to get the broader view of where things are going.”