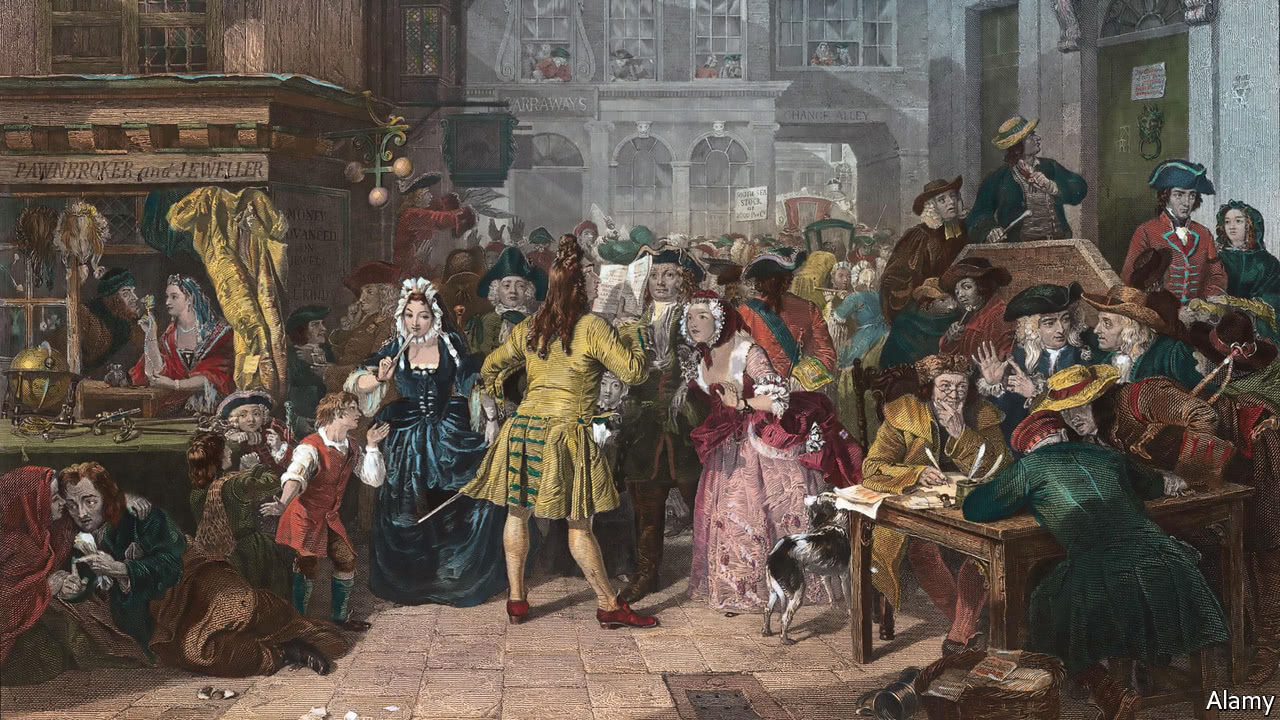 THE great Sir Isaac Newton may have revolutionised our knowledge of the world but he still had his blind spots. He was sucked into the great mania of his day, the South Sea Bubble (pictured) and lost a lot of money. “I can calculate the motion of heavenly bodies but not the madness of people,” he ruefully reflected. In retrospect, he should have pondered the popular saying that was used to define his law of gravity: “What goes up, must come down.”

Investors in bitcoin are learning this old truth. The price of the cryptocurrency peaked last month at somewhere over $19,000 (there is a very wide spread, a problem in itself) but, at the time of writing (around 11am GMT), some exchanges now show a price below $10,000.

Get our daily newsletter

Perhaps the best way of understanding bitcoin is through a model of how bubbles operate. The classic model, developed by Hyman Minsky and elaborated by Charles Kindleberger, a historian who studied bubbles, has five stages: displacement, boom, euphoria, financial distress and revulsion. The displacement is some technological development that can be used to justify a “new era”-railways, canals, the internet or blockchain. A boom then occurs and drags in more and more investors; at some stage, we reach euphoria, where the boom is widely known to the public and there is talk about those who made millions from the trade. This stage had been reached in November, when there were adverts for cryptocurrencies on the train and discussions on popular radio programmes.

In the euphoria stage, people buy because others are buying and because they anticipate being able to sell quickly at a higher price. For a while, this trend is self-reinforcing. At some stage, however, doubts set in; some people decide to take their profits while they can. Bad news occurs; with bitcoin, it seems to be reports that authorities in South Korea (where trading has been particularly active) are going to crack down.

Once the price starts to fall, the psychology changes. People who bought early and were counting their millions suddenly see a dent in their wealth (and it is worth noting that you are not really rich unless you have got into the asset class and out again). Other people may have bought above the current price and are bitterly regretting their mistake. Bargain hunters jump in and temporarily drive the price higher but it doesn’t last.

We have not yet reached the “distress” stage but we might be near it. Worries about the security of cryptocurrencies could be the trigger for another sell-off. At that point, the price could fall as quickly as it rose-as the saying goes “up like a rocket, down like a stick”. Investors may well reflect that bitcoin had not become a means of exchange for day-to-day transactions, has not proved to be a reliable store of value and thanks to the proliferation of cryptocurrencies, does not really benefit from a limited supply. As Steven Englander of Rafiki Capital writes:

There are no barriers to entry on the crypto space, other than a good story about the niche that your coin is filling. The number of ICOs (initial coin offerings) tells you that it is easy and cheap. There are big incentives to get in on the ground floor of a cryptocurrency that has even moderate acceptance.

A digital asset that has no income stream is very hard to value. That makes it hard to designate a price target on the way up, but also hard to set a floor on the way down. But by the time people realise that, we will be in the “revulsion” stage.