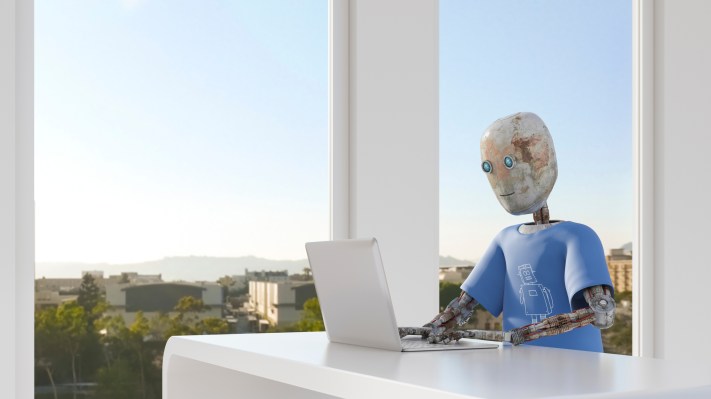 Artificial intelligence continues to be the theme of the moment in enterprise software, and today a company out of Asia that has built a suite of AI-powered marketing and ad tools is announcing a round of funding. Appier, a Taipei-based startup that provides an artificial intelligence engine to brands and retailers to help improve customer engagement, predict purchasing and improve conversions on their sites, has picked up $80 million.

This Series D includes TGVest Capital, HOPU-Arm Innovation Fund (SoftBank owns Arm), Temasek’s Pavilion Capital, Insignia Venture Partners, JAFCO Investment and UMC Capital. The company has raised $162 million to date, with previous investors including Alibaba, Sequoia, SoftBank, and Line. (The company is not disclosing its valuation but says it’s been growing since its Series C and it’s an upround. Appier now has around 1,000 customers.

Marketing technology – the bigger area of software that marketing and advertising people use to help launch, optimize and measure marketing campaigns – sometimes sits under the shadow of adtech, but in reality it’s estimated to be a $121 billion business, and growing as marketers for brands, retailers and others turn to data science to improve how they execute their work and to supplement what has traditionally been a business that operates on human precedents, psychology and hunches.

While the US and UK account for around half of all that spend, that leaves an interesting opening in markets like Asia Pacific: the customer base is still nascent but growing, and the number of startups that are focusing on the region are fewer, meaning less competition for business.

Those open waters became some of the impetus for founding Appier in Asia. Appier’s CEO, Chih-Han Yu, studied computer science and AI in graduate school at Sanford and then Harvard for his PhD, looking at how to use human gait data and machine learning to design better orthotics systems.

(If it seems like a big leap – no pun intended – to move from orthotics to sales conversions, it’s not an unusual path when you consider that for AI scientists, both are essentially mathematical problems, jumps that other AI startup founders have also made.) Ultimately, Yu decided to move back home to found his company with Winnie Lee (COO) and Joe Su (CTO).

“In Asia things have been growing so fast that it seemed like an easy entry point to us,” Yu said. The company is already pan-Asian, headquartered in Taiwan, with offices in Japan and Singapore, and with a list of investors that span all those geographies and more.

Further afield, Appier far from being the only company to build AI-based tools to help marketers do their jobs better, and some of these are seeing their fortunes rise, too. Datorama, another cloud-based AI-powering marketing analytics platform, was acquired by Salesforce last year for a reported $800 million. Bloomreach is another company that uses big data in an effort to capture more relevant customers for a brand (and subsequently drive more sales): it was last valued at about $530 million back in 2016. At the bigger end of the scale, IBM’s Watson is another platform used to improve marketing campaigns.

Yu noted (in answer to my question about it) that while some of the investors in this round have ties to Hong Kong, there have been no tensions in respect of the current political situation unfolding between the Mainland and its special administrative region.

Appier’s initial and core product is a cross-platform advertising engine, CrossX, which covers retargeting and app installations, but also provides deep learning to help publishers and brands discover new audiences for their products.

This is still the company’s most popular product, but around it, Appier has built a series of other services around the basic concept of better customer information, specifically sourcing and utilising customer data in more intelligent (and, Yu says, anonimised) ways. This has included making acquisitions – of QGraph and Emotion Intelligence (Emin) to bring in more analytics and functionality into the platform.

Yu said that the funding will be used to expand further in the region, where it is currently live in 12 countries and works with a number of large local brands, and the Asian arm of global brands (those customers include the supermarket chain Carrefour, Audi and Estee Lauder), to improve their marketing work.

“Appier is riding a strong long-term trend for enterprises leveraging data to make smarter decisions,” said DC Cheng, Chairman of TGVest Capital, in a statement. “Thanks to its unique use of AI technology in the digital marketing space, Appier has been a category leader since its inception and has the opportunity to expand into new corporate functions where data-based decisions are made. We share Appier’s ambition and we are excited to be a partner to the company. We are confident that Appier will continue to grow as a sustainable technology company at the forefront of technology innovation.”