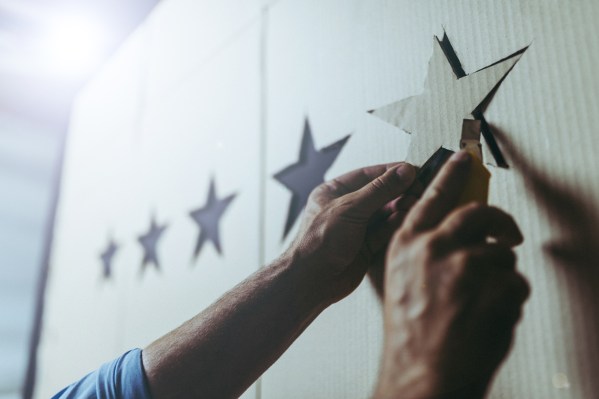 Kustomer, a CRM startup that’s taking on the likes of Zendesk, Salesforce and many other bigger and older providers, has closed yet another round of funding – no less than its third fundraise of the year – as it continues to double down on its new approach to managing customers in today’s digital world.

The New York-based company has picked up another $60 million, a Series E led by new investor Coatue, with participation from existing investors Tiger Global Management and Battery Ventures. Other investors in the company include Redpoint Ventures, Cisco Investments, Canaan Partners, Boldstart Ventures and Social Leverage.

CEO Brad Birnbaum – who co-founded the company with Jeremy Suriel (the two worked together across a range of other places, including Airtime, Salesforce and AOL) – said the valuation is now “definitely above $500 million” but he declined to be more specific.

The New York-based company has been on a growth tear and has raised more than $161 million in the last 18 months ( this $35 million raise and this $40 million raise were the other two 2019 rounds), and it has now racked up a total of $173.5 million in outside funding since it was founded in 2015.

“We’re exceeding all our business metrics and so we’re rapidly investing in the business,” Birnbaum said of the recent quick succession of funding rounds. A focus for the company will be to put more into its R&D and product development, also to use the funding to support the opening of its first European office in Q1 of next year.

Kustomer works with a variety of retailers and has seen a boost in its business with the proliferation of direct-to-consumer brands which – by foregoing the traditional retail channel – have found themselves needing to build out their own customer service operations. Current customers in that category are a who’s who of some of the more successful in the wider D2C trend: they include Glossier, Ring, ThirdLove, Rent the Runway, Sweetgreen, Glovo, Away and UNTUCKit.

In addition to those, Birnbaum said Kustomer has been working with government agencies, B2B companies and Fortune 50s, “a pretty diverse group.”

Companies like Zendesk and Salesforce built their businesses around the concept of really useful tools for customer service agents to use in largely traditional environments, where phone, email and possibly web-based chat made up the majority of inbound contact from customers.

But in the grand tradition of building something new from the ground up that reflects new digital patterns among consumers, rather than trying to tweak legacy products to be more updated, Kustomer has taken a different route with an “omnichannel” concept: the idea is to be able to capture conversations anywhere, whether it’s social media channels, messaging apps or – yes – phone, email and website chat, and bring them into a single customer view.

This is different from much of what is on the market today, he said, where different channels will generate different tickets, statuses and resolutions.

A new version of its CRM platform, which will be coming out soon he said, will see Kustomer moving deeper into what he described as “RPA-like” business process automations. These are not just basic business rules based on key words, but a wider set of algorithms that can understand what a customer is asking and start to act on a set of mundane but routine tasks that customer service agents have to do regularly, such as reordering an item of clothing in a different size. It packages these and other AI-based functions together in a technology set it calls KustomerIQ.

While Kustomer had already raised a lot of money in recent times, there was another reason that the startup chose to take more: the investor itself.

Birnbaum describes Coatue as “one of the most modern and prolific investors, and by that I don’t mean the cash but their network and people, which are tremendous.” The idea is that Coatue is making many introductions and opening doors for Kustomer as it continues to scale.

“Kustomer’s differentiated, omnichannel approach is fundamentally reshaping the industry standard as trends in customer service continue to shift and consumers seek increasingly personalized interactions with brands,” said Coatue co-founder Thomas Laffont, who is now on the startup’s board. “We look forward to working with Brad and his team as they continue to execute their strategic growth plan.”