Sometime in the early 2010s, in the start-up corners of the internet, stories started to appear about certain tech start-ups that had been able to achieve a massive success in very short time – through their ingenious and sometimes questionable methods of leveraging software engineering to solve their marketing challenges. Soon there was a name for this new mysterious thing: “growth hacking” and growth hackers became the rockstars of the start-up world. These stories also reached our screens in far away Helsinki and ignited the sparks that have led us to where we are today.

What captured our imagination in the early days of growth hacking was the amazing creativity, skills and attitude that generated these brilliant hacks to get and keep customers. To even qualify something as a “growth hack” you needed to do something unprecedented, and the novelty was in large part what made these hacks work. It was not about best practices or good practices, it was about solving problems in new, creative ways in specific context.

Now in 2019 we are happy to see that growth hacking is finally getting the attention it deserves. Our hero, Sean Ellis, just visited Helsinki on a speaking tour and it seems like every large corporation in the Nordics wants growth hacking. Growth Hacking 2019 is much more accessible and process-oriented than in the early days. Consequently, especially in the Nordics, the discussion around growth hacking seems to be more about a mindset and process than about a skillset.

What is common between the early days of growth hacking and the current state of growth hacking is that it is still very hard to make a significant impact on business. After several years in the game, we have started to notice that the biggest impacts come typically through novel, context-specific solutions, just like in the growth hacking that we originally got excited about.This is not to say that there are no impact-making possibilities in optimisation or having the right mindset (because there obviously is). However, due to the rapid development of different open source technologies and frameworks, that are easily accessible through the internet, there is absolutely massive potential for creating unprecedented impact. That is, if you are capable of finding and using these technologies. This requires some serious skills.

Definition of what makes a growth hacker

We have never been completely satisfied with the different definitions of what makes a “growth hacker”. Therefore we would like to offer new definition here. Hopefully our definition of growth hacker will inspire other hungry and ambitious growth hackers to push harder and become better professionals. 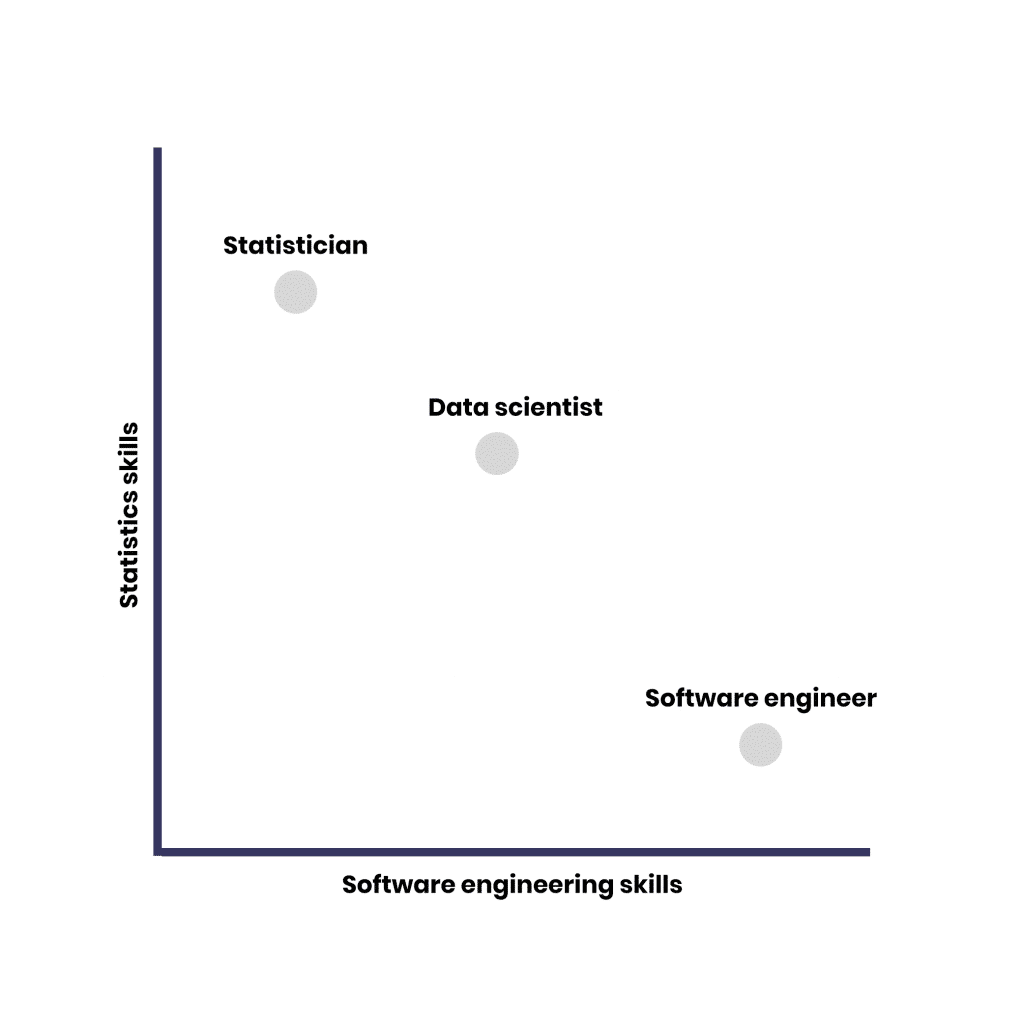 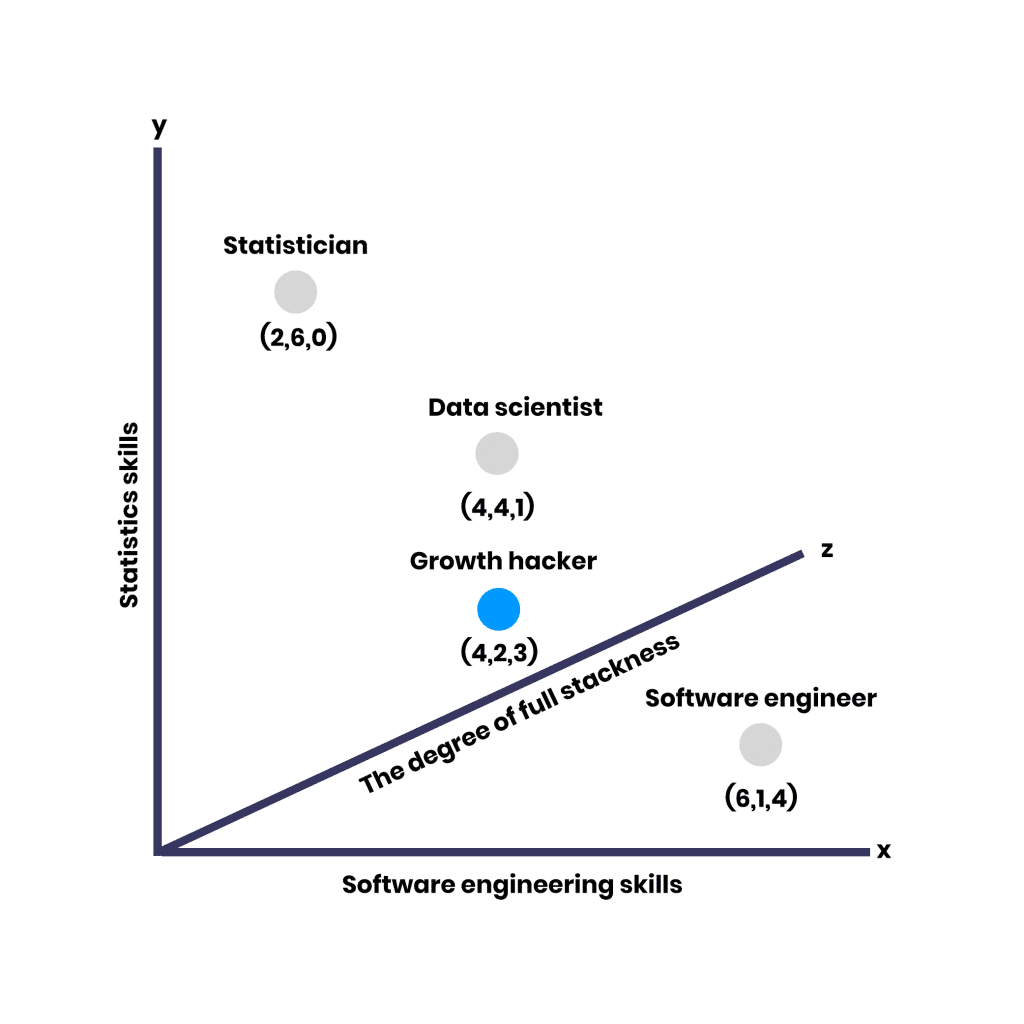 To put that xyz-graph into words would be something like:

Versatility in software engineering essentially signifies that you have a wider selection of tools available to do stuff in the software engineering domain. In growth hacking, this increase in versatility is a natural progression because a growth hacker operates in the realm of unknown unknowns. The problems you’re dealing with can not be restricted to a single discipline (I am a data scientist therefore I deal with data science problems). The ability to recognise what kind of problem you are dealing with is perhaps the most valuable thinking skill and your imagination is often the only constraint in your spectrum possible of solutions. You just have to figure stuff out and ask for help when needed.

Whether it is a prototype of a webapp, moving and modifying data between servers, launching a business in Singapore (from Helsinki) or creating a neural network to recognise certain shapes, a growth hacker chooses his/her techniques based on their likely effectiveness. In software development, you build new skills on top of your old skills and, needless to say, after some time and lots of hard work, a growth hacker starts to see the world from a somewhat unique perspective. This perspective seamlessly combines coding, creativity and business. We feel that until now there has not been clear recognition of this type of skill set.

In the future, spotting new opportunities and silently using them before the rules are defined or the competitors find them as well should not be only in Silicon Valley companies repertoire. Indeed, we hope that more Nordic companies would realise that there is a treasure trove of resource and opportunity – available for all, on the Internet. That is, if you have the ability to look at it from the right perspective. 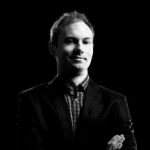 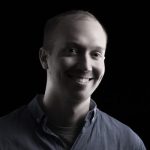