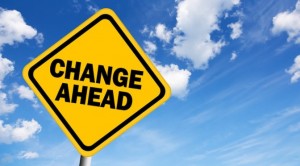 I’ve been covering the market for B2B predictive marketing analytics for almost four years. A few years ago, predictive lead scoring was all the rage. Then it became about fit and intent models for demand generation and prospecting. Then these tools were used for selecting accounts for large-scale ABM programs. But in the end, the standalone market for these applications never fully reached its potential. Many of the original vendors got acquired for their technology (Fliptop, SalesPredict, Infer and others) and predictive scoring became a standard feature of marketing automation and SFA systems.

Just because the standalone market went away, doesn’t mean there isn’t a lot of value here. In fact, the solutions have essentially moved into two other markets (and you’ll see this reflected in our upcoming Hype Cycle reports). On one end, you have the Data Intelligence for Sales market where predictive and AI-driven solutions are competing with traditional data vendors for demand gen, prospecting, and segmentation use cases. On the other end, you have the broader ABM solutions market where these applications not only help with account selection and planning, but are moving towards engagement and orchestration.

Two recent M&A transactions are prime examples of what’s happening. One is the today’s announcement of the merger between Radius and Leadspace. (See more on the announcement here). The new entity will assume the Radius name with former Leadspace CEO Doug Bewsher taking over the CEO spot at Radius.

Both vendors have been very active in the Data Intelligence for Sales space as of late, with both winning sizable deals against some of the larger and more well-known vendors that use human validation rather than AI and machine learning to gather and verify company and contact information.

The combination of the two them is interesting because of the complementary nature of the solutions. Radius has a unique network data model (called the Network of Record), expertise in working with companies (especially those outside of high tech) targeting SMB buyers (although they had more recently won deals with customers targeting enterprise buyers) and rich company data. Leadspace has a European presence, robust data around individuals within enterprises, and a strong foothold with customers selling to enterprises (especially in high-tech). They also bring a highly respected Israeli-based data science team to the deal.

The combined company is still smaller many other vendors in the Data Intelligence for Sales market, including Dun & Bradstreet and DiscoverOrg (which includes RainKing), but they have a compelling value proposition. With the launch of Radius Advertiser in 2017, Radius is also moving more squarely into the ABM market and may eventually compete with more traditional ABM vendors. The integration of Radius and Leadspace is likely to consume a lot of energy in the short run, but some of the Leadspace capabilities could be helpful down the line for the ABM use cases as well.

Speaking of ABM, the other interesting deal was the acquisition of ZenIQ by 6Sense. (See the announcement from April 11th) for more info. In the predictive market, 6Sense positioned itself much more squarely around intent data than the rest of the vendors in the space. Instead of using Bombora or other third-party data, they built their intent models on a much wider range of data, some that they got exclusively. While they didn’t eschew fit models as a useful construct for scoring, they emphasized it far less than others. For a company that was in a market that was mature enough and fast-growing, the intent signals could be really helpful. For companies that didn’t meet that criteria (or where below 6Sense’s target customer), they generally took a pass.

The new 6Sense is now playing in the same space as Demandbase, which recently added their own robust intent modeling capabilities. 6Sense is still significantly smaller than Demandbase and doesn’t have all the features that Demandbase has (most notably personalization). 6Sense told me they partner with Terminus today, but hard to see how they aren’t also competitors. ZenIQ also competed with Engagio, but lacked the customer base, venture funding or visibility, not to mention the sales acceleration capabilities. Engagio also has more comprehensive orchestration capabilities. Nevertheless, the whole of the two companies is likely to be greater than the sum of its individual parts, assuming the roadmap and vision is realized.

What does this mean for the other vendors in the former predictive market? Everstring seems to be focused around the Data Intelligence for Sales market and is growing nicely. Lattice, while still maintaining a small, but healthy business in the upsell/cross-sell market, (along with the likes of Zilliant), is also promoting the data governance/stewardship use case for large enterprises (something that Radius has also been targeting). And Mintigo pops up in deals in a few different markets. But it wouldn’t surprise me if one or more of the remaining players gets acquired in the next six months.

So don’t mourn the death of the Predictive B2B Marketing Analytics market. As this activity shows, there are a still a lot of different ways that the AI and predictive models can be used to improve marketing (and sales) effectiveness. And the future for these companies still looks bright, just in different markets than we originally expected.

Update: At the Marketo Nation event today, Marketo announced the acquisition of Bizible (read the press release here). This doesn’t impact the predictive market, but is one more sign about the fluidity of the ABM market. Bizible was not a pure play ABM company, but they focused heavily around it in their positioning.