Dog: man’s best friend and a perpetual source of amusement. People go crazy over their dogs. They care about them more than other humans. I mean, they care about them as much as their kids. They dedicate whole albums, Facebook pages, Twitter accounts, and endless Snapchats to them.

And in an age when everyone has their smartphone ready and are waiting to catch every cute, weird, ridiculous expression their precious pooch makes, that can only mean one thing: an avalanche of funny photos that are perfect fodder for dog memes.

But Let’s Back Up a Second: Just What Is a Meme?

The term “meme” was coined by Richard Dawkins back in 1976 to mean “a thing that is imitated.” It’s something in our culture or system of behavior that gets passed from one person to another, not through genetics, but by each person imitating the one before.

In the digital age, this is a process that often happens online – and that’s where the modern idea of a “meme” comes from. Today, a meme means a (usually funny) image, video or turn of phrase/piece of text that spreads quickly between internet users. The important thing to appreciate, though, is that the meme isn’t simply passed from person to person – it’s imitated along the way. You start to see variations on the theme – new things created based on what the internet hive-mind thinks will amuse others in their space.

To do that, people try out different variations, pulling in references from other inputs: cultural references, in-jokes, other memes, and so on. The more of these references you understand, the more the meme-pool makes sense to you, the more you can guess what someone is going to come up with next, and the more you can contribute to the growing meme pool yourself.

In other words, the vaster and more nuanced the knowledge base becomes, the more imitations take place, the more the meme-pool becomes self-perpetuating, and the more accurately you can pinpoint and predict trends in the way they’re used.

This Is Pretty Much How Machine Learning and Predictive Analytics Work, Too 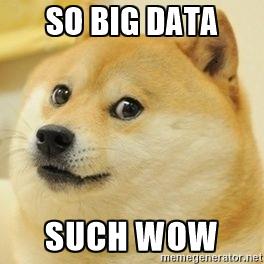 As we talked about in this webinar, Machine Learning is a form of Artificial Intelligence that takes a whole bunch of inputs and uses a continually evolving algorithm to figure out what outputs to create from these.

The system searches through data, looking for patterns. In a similar way to how a person might take a dog meme, pick out what’s funny about it, and imitate it in a way that makes sense to their niche, the algorithm doesn’t look to extract data for a general audience to read. It detects the underlying pattern and tweaks a program’s actions accordingly.

A supervised algorithm can then apply what they’ve learned to new data that comes in, too – essentially deciding for itself what kind of output to create by applying its understanding of the pattern and logic to the input it’s receiving.

The difference is that whereas the person imitating a meme combines tons of memories and ideas in a microsecond to process why the meme is funny and then thinks up a related version of their own, the algorithm doesn’t need to get the joke.

It just needs to scan through as many versions of the meme as possible until it figures out how the joke is structured and what other cultural references typically get pulled into memes like this. Then, it can start to identify other versions of the meme, predict what variations might come next, or even generate versions of its own.

Take Facebook’s newsfeed, for example. Based on what you like, click on, play, read, or otherwise engage with, Facebook tracks your activity, tries to figure out what it is you’ll like in the future (i.e. predictive analytics), and then gives you more of what they think you want to see. If you don’t respond well to something, the algorithm automatically tweaks and evolves – it’s learning all the time.

It actually goes further than that, by influencing behavior, guiding trends, and creating demand.

Imagine if your business could do that, too! 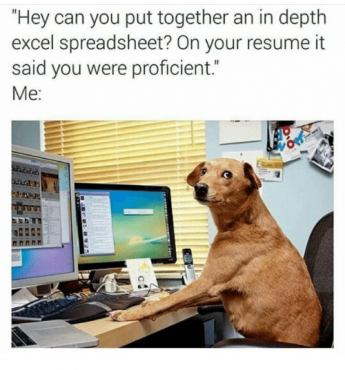 We’re not suggesting you should start trying to communicate with your customers through dog memes, but you can take a leaf out of Facebook’s bark – sorry, book – to find smarter ways to use your BI insights to influence customer behavior.

For example, by analyzing larger and larger pools of data on the customer lifecycle (taken from your CRM, your website analytics, social media, and so on) you can start to pinpoint exactly how, why, and where in the chain they make decisions, adapting your marketing efforts in near-real time to influence these buying decisions more effectively.

That could include A/B testing emails and internet ads, changing when or how quickly you make sales calls/respond to queries or predicting and anticipating changes in market conditions.

By drawing out more granular BI insights about your customers, you can also ensure that you’re always targeting the most appropriate products, services, and deals to the right people, automating smarter segmented marketing campaigns that help you jump in and present a solution to business critical problems at precisely the right moment.

The key is to recognize that customers’ problems, behaviors, and expectations are not static. Like the evolution of a meme, they’re going through numerous new variations and nuances as we speak.

Understanding and analyzing what your customer base did, or wanted, a month ago no longer cuts it. You need to be able to access, process, analyze, and visualize huge pools of data quickly and accurately so that you can keep up with the changes, predict where the trend is going next, and be poised and ready to seize new opportunities the second that they emerge.

…after all, no one wants to be this dog: 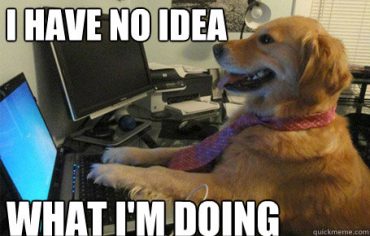